ANALYSIS: Country slowly gets back to its feet, with sports as crutch | Inquirer Sports

ANALYSIS: Country slowly gets back to its feet, with sports as crutch And so here we stand, at the doorstep of the new normal.

As COVID-19 cases plummet and vaccination numbers rise, the country is slowly trodding back to where it was before the coronavirus kneecapped our way of life.
The games assure us so.

The Philippine Basketball Association, which led the way in sports’ return and provided a valuable blueprint for other leagues to follow, has been returning fans to their seats by the thousands now—a sign that the fear and paranoia that contaminated the country over the past two years has been replaced with a strengthened trust in health protocols.

Get jabbed, wear a mask, keep your distance and enjoy the ballgame.

PBA Commissioner Willie Marcial has always said the PBA’s goal in playing on, despite the added costs of building biosecure environments and rescheduling games affected by lockdown stoppages, was to help rebuild the country’s morale and make people believe that there is a path back to the old life.

“If we can come back, if we can prove that we can run our tournaments safely, imagine how much hope other people or businesses will have,” Marcial said back when the league was struggling to get back to its feet.

And so the PBA flicked the switch and turned on arena floodlights. Many other sporting events followed.

The Philippine Sportswriters Association just recently held its awards night live, with Hidilyn Diaz, the organization’s top honoree, receiving her Athlete of the Year trophy dressed in a resplendent gold (what else?) gown. Her sport, weightlifting, has held trials for the country’s Southeast Asian Games delegation. Athletics has done the same thing, too. 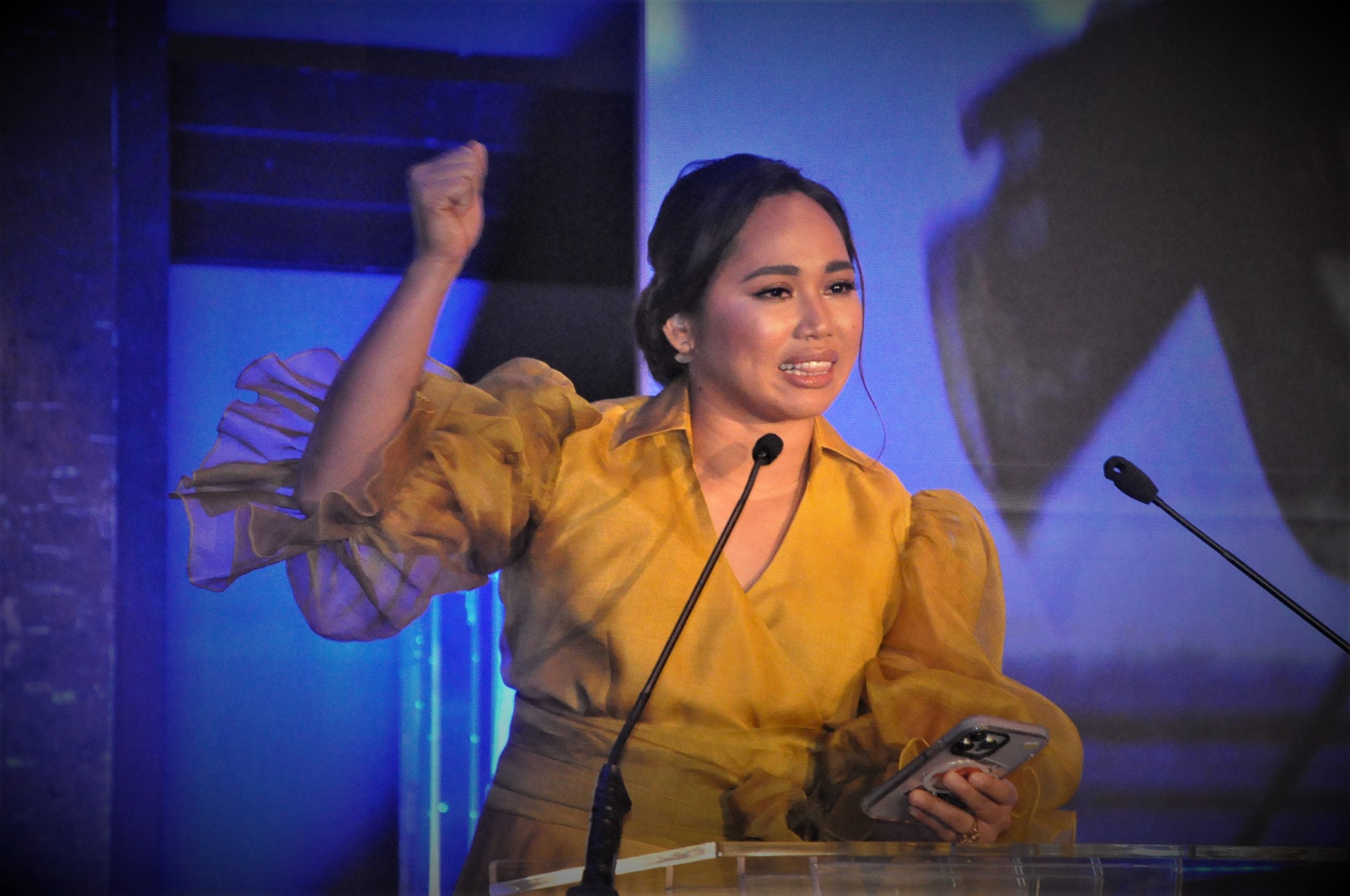 Volleyball is on its third major tournament since the lockdown with a pioneering professional league holding court. The boys of summer are back on their saddles, zipping on hot asphalt and past hairpin turns looking for cycling immortality amid a boom of the sport among recreational bikers. The UAAP and the NCAA are opening shop on the same day.

It would mean a lot, UAAP executive director Rebo Saguisag said, if the country’s most glamorous collegiate league would not only get started but also run its calendar to the closing ceremonies hitch-free.

“That would mean a lot to us,” Saguisag said, clenching both fists and flashing a hope-filled smile that radiated past his face mask. “And it would also mean a lot to the country.”

It’s not the first time that people have turned to sports to boost national morale following a descent to fear and uncertainty.

In 1942, a little over a month after a dastardly inhumane sucker punch on Pearl Harbor, President Franklin D. Roosevelt wrote a letter to the Major League Baseball to play on despite America experiencing one of its darkest chapters in history.

“Here is another way of looking at it—if 300 teams use 5,000 or 6,000 players, these players are a definite recreational asset to at least 20,000,000 of the fellow citizens—and that in my judgment is thoroughly worthwhile,” Roosevelt wrote.

President George Bush did the same after 9-11, adding a dash of hope and defiance to the things that sports offers to a country’s battered spirit.

“We are determined to live our lives, and sports is an important part of our national life,” Bush said as he prepared to deliver the ceremonial pitch in the 2001 World Series. Later, in a message to NBA fans, he said: ”We love our freedoms and we will prevail. We prove that every time we show up at an NBA game.”
There’s no reason to believe that we have prevailed over the coronavirus just yet. But there’s no reason, too, to let go of the faith that we have finally turned a corner somehow.

And sports helps us reinforce that faith. Restaurants, shops, theaters and travel hotspots have reopened amid dropping COVID-19 caseloads. But nothing radiates hope more than a communion of sports fans, draped in the cheers of their own making.

Sport is the opening act of the new normal.

But when you look at it, though, what is so new about Scottie Thompson springing over bigger guys for a rebound? Or sun-toasted cyclists whizzing past streets lined with gawkers in a blur of mixed colors and a hum of spinning chains? Or collegiate athletes battling for that extra inch in the name of their schools? Or the scream of an open spiker after a well-placed kill?

Nothing. What it is, really, is normal.