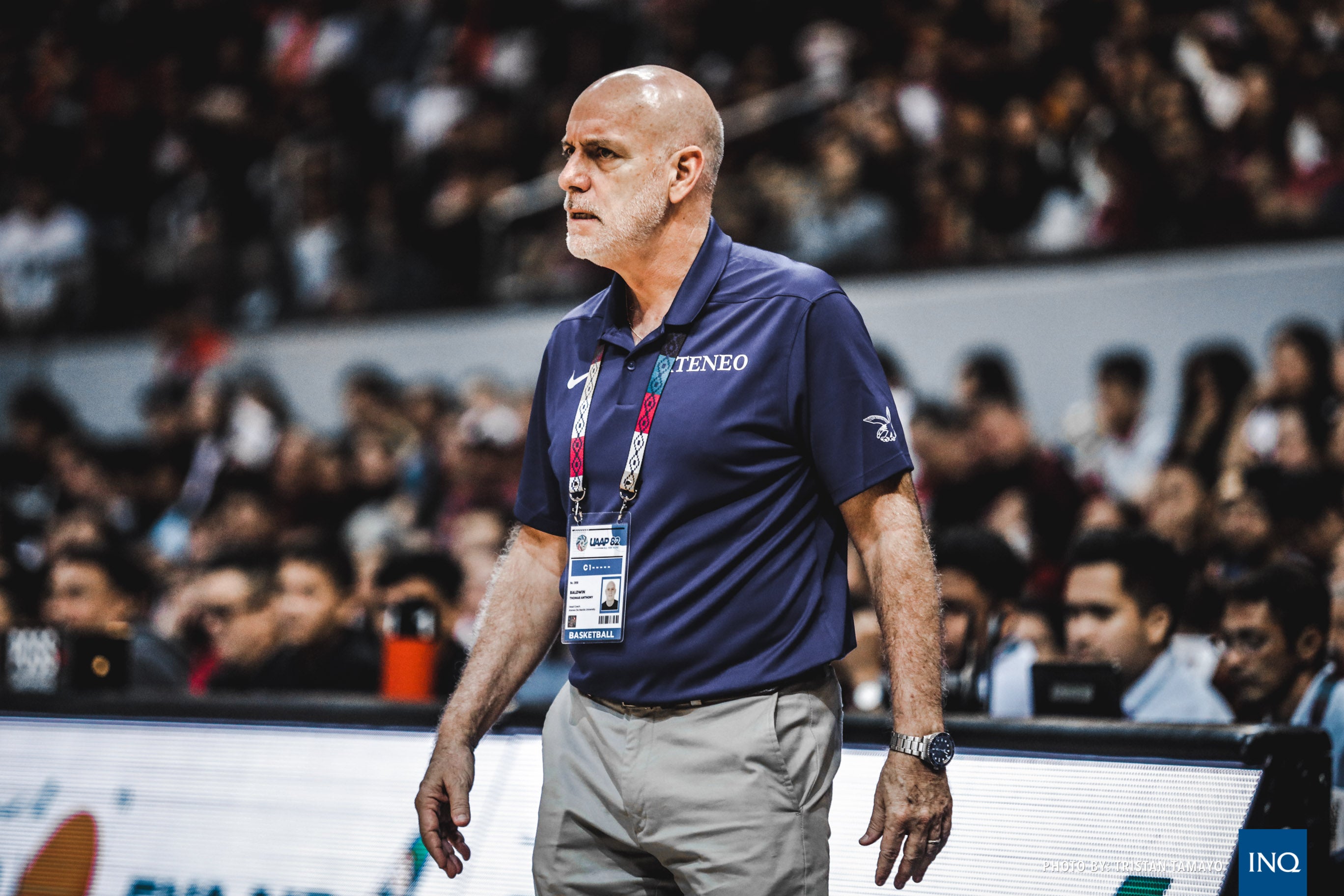 MANILA, Philippines — Defending champion Ateneo, as expected, will have a big target on its back in its bid for a fourth consecutive title in the UAAP Season 84 men’s basketball tournament starting on Saturday at Mall of Asia Arena.

Unsurprisingly, the coaches picked the Blue Eagles as one of the consensus teams to beat during the league’s press conference on Wednesday at TV5 studios.

Ateneo coach Tab Baldwin admitted their title-retention bid will not be easy with their short bubble training preparation and the departures of vital cogs Thirdy Ravena, Matt and Mike Nieto, Isaac Go, Anton Asistio, William Navarro, who completed their successful ‘three-peat’ in 2019.

“It’s difficult. We have a lot of roster turnover. The way we like to prepare and take time with the players for individual development, we really have to forego a lot about that. I think what we’re doing into the season is to try to be cohesive,” said Baldwin in the press conference.

“We don’t know a lot about our opponents with the lack of preseason games. That’s the disadvantage. But I also think that every team has to adjust to the same thing,” he added.

“We have some new faces but we also have veteran players that I believe give us the experience and leadership that we need,” Baldwin said.

“It will be exciting. I wish I could feel more comfortable going into the season about how the team will play but I think we have to get out there and experience our opponents and everybody will have their own level of readiness in the beginning of the season.”

Besides the three-time defending champion, the revamped University of the Philippines, led by new coach Goldwin Monteverde, as well as Far Eastern University, which will parade rookie RJ Abarrientos, and La Salle, bannered by holdover Justine Baltazar and transferees Evan Nelle and Mark Nonoy are also tabbed as serious contenders for the title.

FEU and UST will kick off UAAP’s return in the pandemic at 10 am, followed by National University and Adamson’s match at 1 p.m., while La Salle and University of the East cap the opener at 7 pm.