ONE Championship celebrates 10th year with 20 fights and fans back 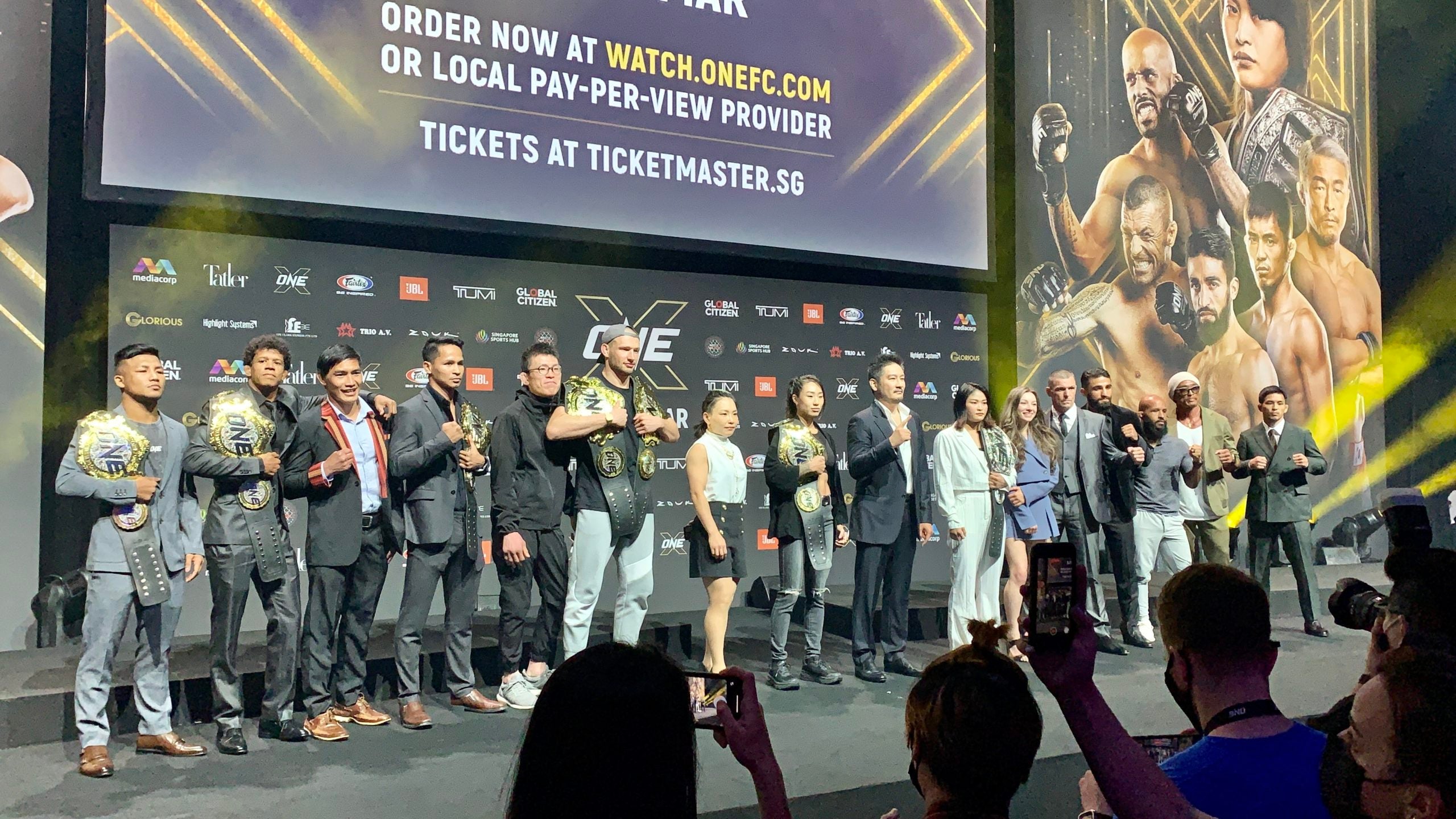 Fighters along with ONE Championship founder Chatri Sityodtong during the ONE X press conference on Wednesday. INQUIRER PHOTO

SINGAPORE–ONE Championship couldn’t have found a more fitting way to celebrate its tenth anniversary amid the pandemic.

The ONE X card was supposedly scheduled for December last year but was pushed back due to the rising Omricon cases at that time, according to ONE Championship CEO and founder Chatri Sityodtong.

But the delay proved to be as a good thing somehow as it allowed the premier mixed martial arts promotion to bring in a slew of fighters to add firepower to the event–now with 20 fights featuring different combat sports including five world title fights. Five Filipinos are in the card.

“ONE X card was supposed to be in December 5th last year then Omicron spread throughout Asia and shut down borders, so that was a blessing so we had more time to construct the greatest card in martial arts history,” said Sityodtong during the ONE X press conference on Wednesday at Singapore Indoor Stadium here.

“There’s 20 fights and every single one there’s genuinely a world championship athlete. It was a long hard process of course, but all our athletes were game. People were ready to go, every single person accepted right away.”

Bantamweight Stephen Loman, a last minute addition to the event, faces Japan’s Shoko Sato while strawweight No. 5 contender Lito Adiwang and Jeremy Miado face off in an all-Filipino clash in the first part of the event. Denice Zamboanga’s rematch against Korea’s Ham Seo Hee is expected to be one of the highlights in part two.

Fans will also be allowed in the stadium in a limited capacity in accordance with Singapore’s COVID-19 safety measures.

“It’s amazing to be back, this is our first stadium event where we have fans. I’m so grateful for the Singapore government for the support,” Sityodtong also said.

Sityodtong also looked back on ONE Championship’s growth in the last decade, boasting of an extensive roster of fighters across all martial arts disciplines.

“It’s been a crazy 10 years. When I look back at the journey, all the highs and lows, I could never have imagined this. I truly believe we have the greatest world championship roster of any organization of the world.”

TAGS: One Championship, ONE X