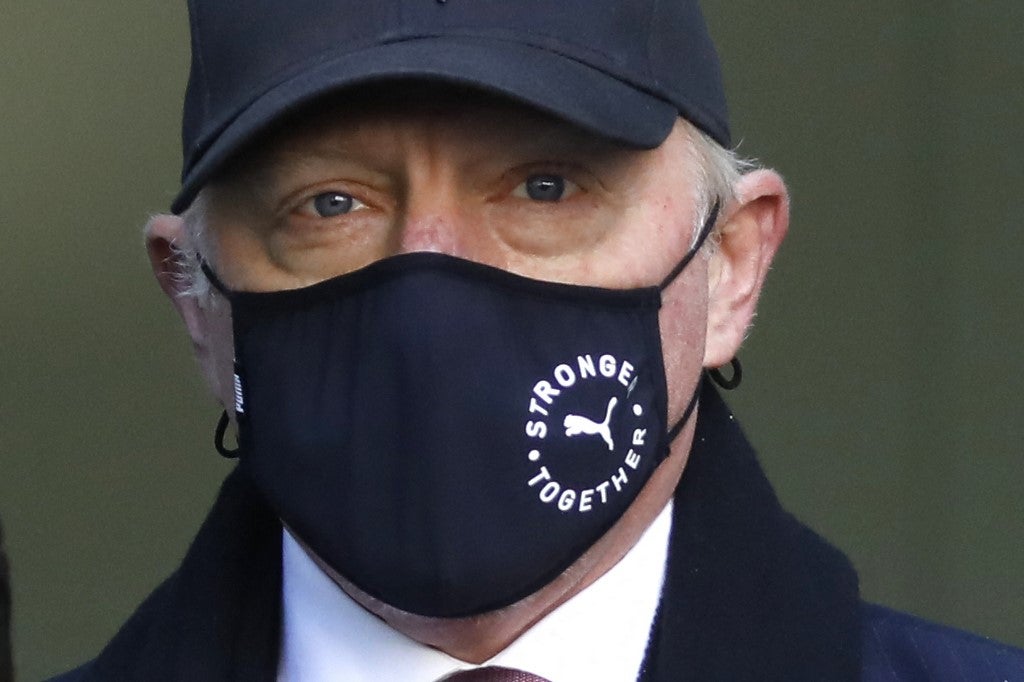 German tennis legend Boris Becker leavews Westminster Magistrates court in central London after being declared bankrupt and accused of not complying with obligations to disclose information on September 24, 2020. (Photo by Tolga AKMEN / AFP)

Former Wimbledon champion Boris Becker told a London court he felt “shocked” and “embarrassed” after being declared bankrupt just days before the 2017 tournament at the All England Club.

The six-time Grand Slam winner said the negative publicity had damaged “brand Becker” and left him struggling to make enough money to pay off his debts.

Becker was declared bankrupt in June 2017 and is currently on trial accused of failing to hand over assets including nine trophies and medals from his glittering tennis career.

The 54-year-old German said he had been seeking to pay off a more than £3 million ($3.9 million) loan from private bank Arbuthnot Latham, including through the sale of his estate in Spain.

The court heard the bankruptcy decision came days before Wimbledon, where Becker was working for the BBC as well as Australian and Japanese television stations.

“As you can imagine, I was very shocked at the fact. Because it was all over world news, and I walked through the gate of Wimbledon and everyone knew. I was embarrassed because I was bankrupt,” Becker said.

He told jurors the bankruptcy was also in the midst of a “stressful time” with his then wife Sharlely “Lilly” Becker, while they were living in “separate quarters” at his rented house in Wimbledon.

Describing an incident while he was commentating on the men’s quarter-final involving Roger Federer, he said: “My son called me saying my wife was breaking down the house – the furniture, the windows. The police came… while I was on site.”

Becker, who arrived at court with his partner Lilian de Carvalho Monteiro, sat at the witness box on Monday to give evidence.

He said he faced damaging publicity “all around the world” but especially in Germany and the UK, which has affected his ability to earn.

The former world number one, who was occasionally helped to give evidence by a German translator, denies 24 charges under the Insolvency Act.

He is accused of failing to hand over nine trophies, including two of his three Wimbledon men’s singles titles, an Olympic gold medal, his 1991 and 1996 Australian Open trophies and his Davis Cup trophy and gold coin.

Boris Becker calls for fight against racism amid tweet spat