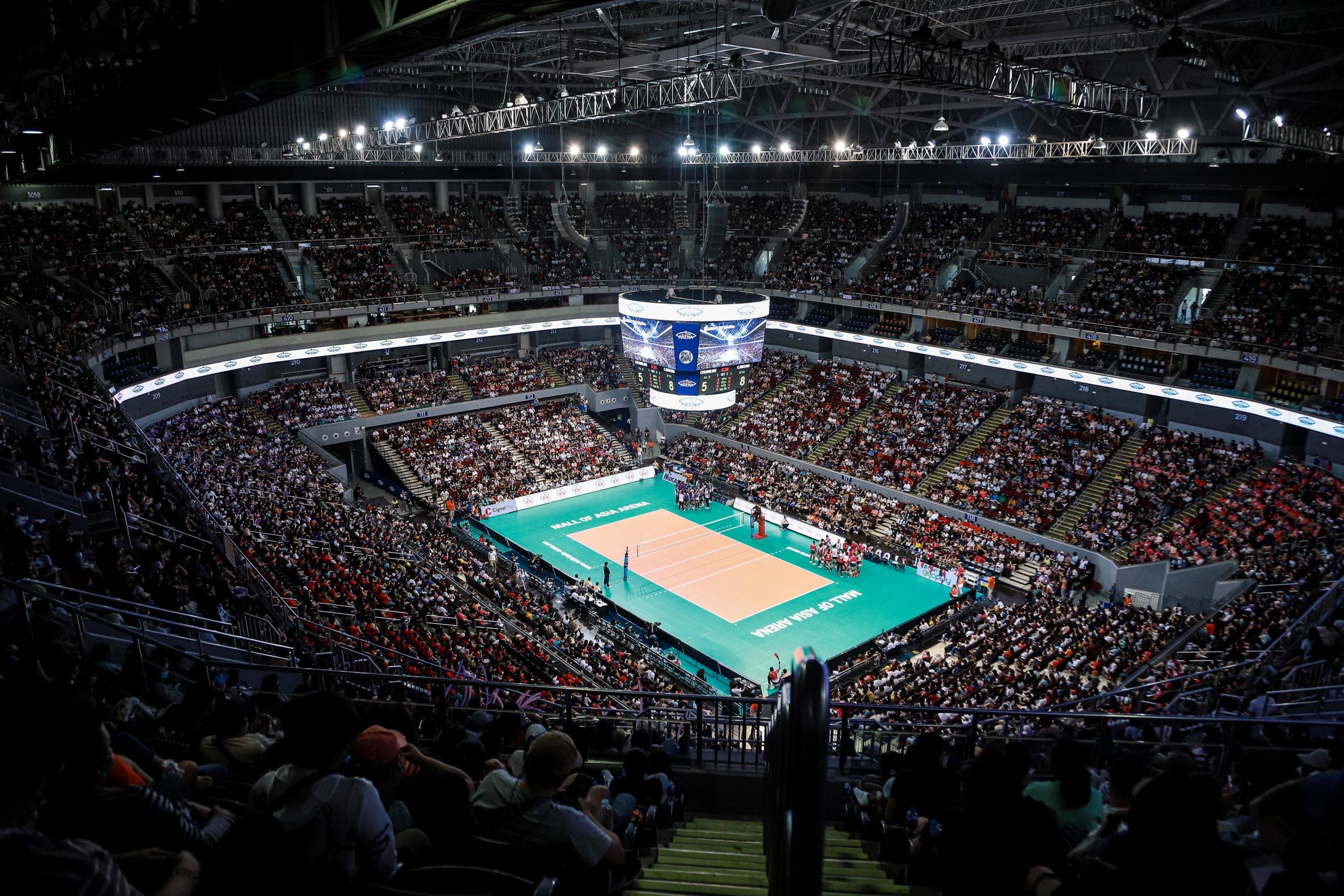 A shot of the crowd on PVL’s first game back at Mall of Asia Arena. PVL PHOTO

MANILA, Philippines — Alyssa Valdez was honored to lead Creamline to its sixth straight Premier Volleyball League finals on Sunday at Mall of Asia Arena in front of a roaring 16,687 fans — the biggest crowd in Philippine sports yet in this pandemic-era.

The three-time PVL MVP was happy for the sport after their semifinals showdown against Choco Mucho drew the biggest number of spectators for a sporting event, surpassing the Ginebra-NLEX semis series Game 3 also held at MOA Arena where 13,272 fans attended.

“I’m very happy for the sport itself. It’s just so nice that this is probably the biggest comeback in sports. We’re all here at MOA Arena. I’m just really thankful no matter who is their idol or the team they support,” said Valdez after Creamline’s 23-25, 25-19, 25-18, 25-15 victory over Choco Mucho in Game 2.

“We’re just happy to welcome everyone.” It made Valdez’s MOA homecoming more special as she returned four years after she led the Cool Smashers to a 2018 Reinforced Conference title run.

She finished with 17 points, including the finals-clinching attack that wowed the crowd, which seemed like a sea of pink and purple.

The league decided to move to MOA Arena after several fans didn’t make it inside the San Juan Arena, running out of tickets in the past three playdates, including the semifinals Game 1 last Friday.

Creamline will face either Cignal or Petro Gazz in a best-of-three finals series starting on Wednesday, which will be held at MOA Arena, before the league takes its games to Ynares Sports Center in Antipolo for Game 2 and if necessary, Game 3.

“I hope our volleyball family will grow bigger as the sport continues its comeback from this pandemic,” Valdez said.