PBA could return to Philippine Arena if finals reach Game 7 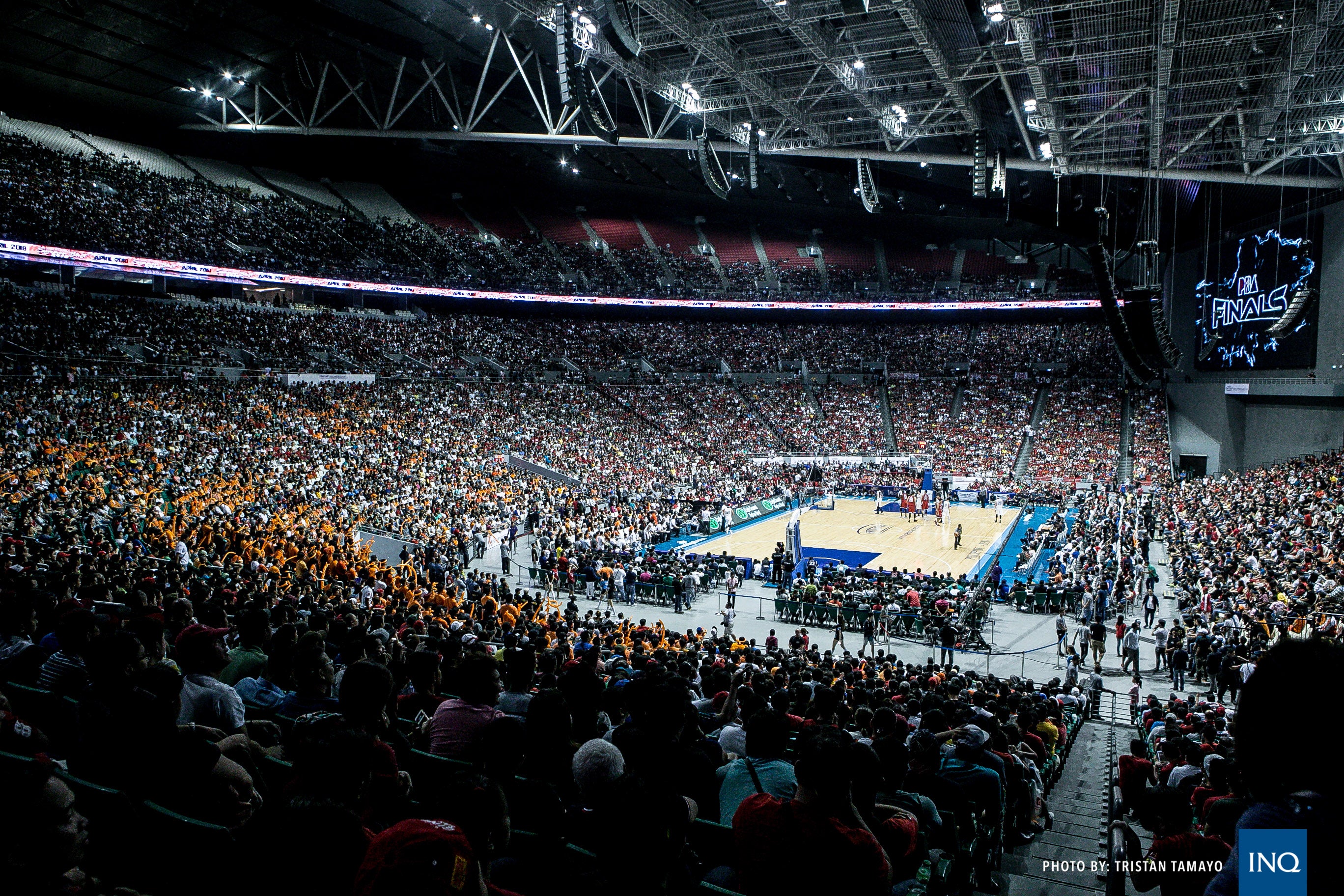 And if the series does go to a Game 7, the league is ready to stage the decider at the cavernous Philippine Arena in Bulacan if other usual venues are not available.

“If Araneta and Mall of Asia are both unavailable by then, we’re to Philippine Arena for the decider,” Marcial said in the pre-finals press conference on Monday.

When Gin Kings and the Bolts duked it out in the nail-biting Game 7 in 2017 PBA Governors’ Cup, a record 54,086 fans attended the game at Philippine Arena.

“Ginebra versus Meralco for nth time. It’s 4.0. Chapter 4,” he went on. “An epic sage is upon us. Two coaches, two champion ones and Grand Slam mentors at that. Great teams, too. And the biggest winner? The fans.”

Game 1 of the series is on Wednesday.

The PBA’s best crowd count so far this season since full capacity attendance was allowed is at 13,272 fans during the Game 3 thriller between NLEX and Ginebra on March 27.

The Premier Volleyball League on Sunday drew a record 16,687 fans in the Game 2 of the Open Conference semifinals at Mall of Asia Arena, marking the largest crowd during a sports event in the pandemic era.