PBA: Ginebra fends off Meralco to tie Finals series at 1-1 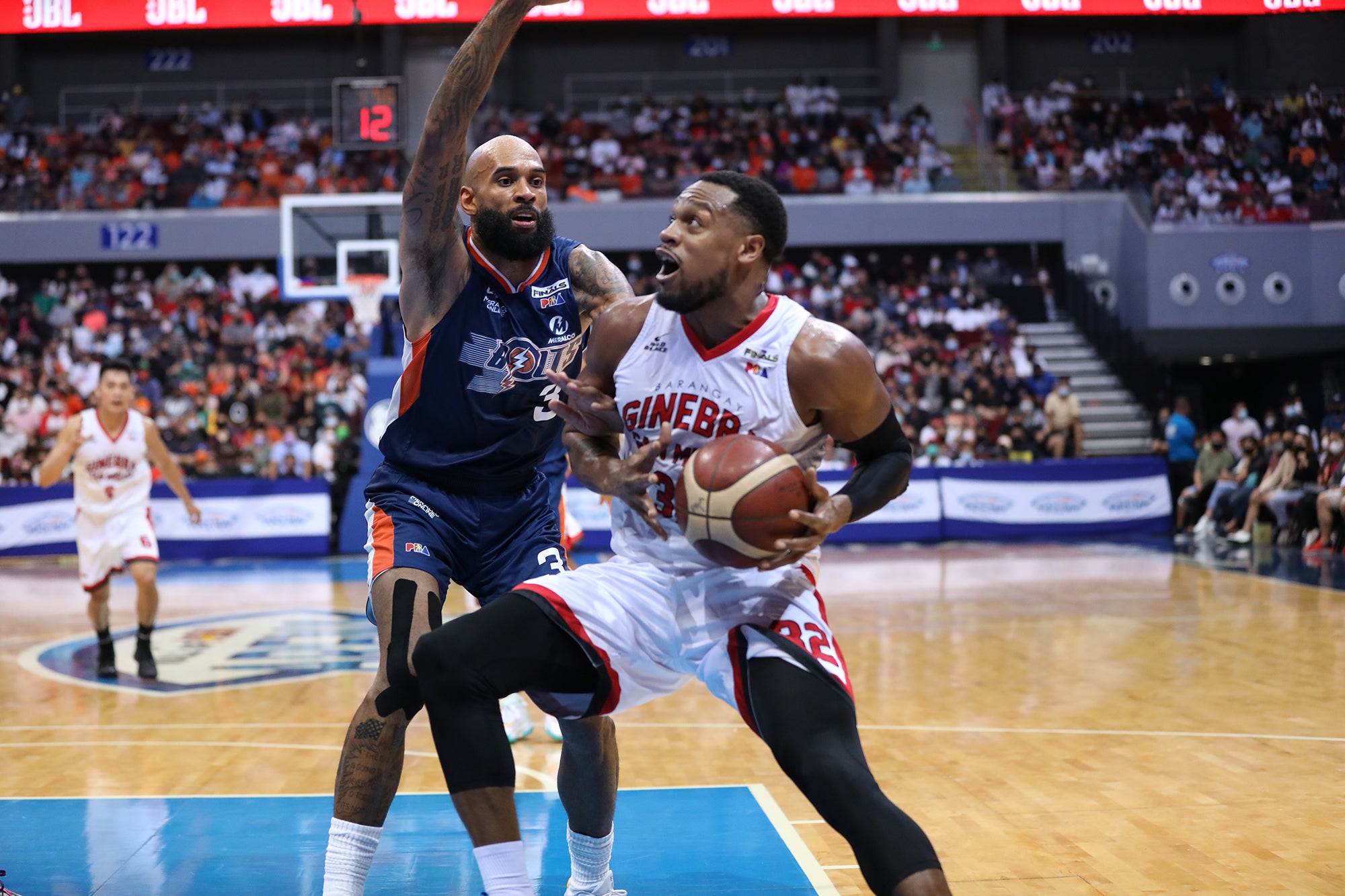 MANILA, Philippines–Shooting better and playing with more zest this time, Barangay Ginebra pulled out a gutsy  99-93 Game 2 victory over Meralco in the 2021 PBA Governors’ Cup Finals.

The Gin Kings broke away in the second period and kept it together at the most critical juncture to level this titles series to a game apiece after a 99-93 victory at Mall of Asia Arena in Pasay City on Friday night.

Justin Brownlee turned in 35 points, 13 rebounds, and was just an assist short of a triple-double, while Scottie Thompson finished with 16 and 11 as the Gin Kings managed to prevail even as Japeth Aguilar continued to sit out due to a calf injury.

Tony Bishop Jr. led the way with 31 points and 12 rebounds while Aaron Black chipped in a career night of 24 points spiked with six assists, but sputtered just when the Bolts needed him the most.

The Gin Kings nearly gave up a 20-point cushion, but Brownlee’s steely showing down the stretch, punctuated by a two-handed slam in the final 1:22 kept the crowd darlings in control before a crowd of 12,248.

The victory not only allowed Ginebra, the three-time winners of the last four editions of this season-ending conference, to finally enter the winning column of this finalé, it also afforded the Gin Kings time for a possible Aguilar return owing to the extended duration of this series due to the Holy Week break.