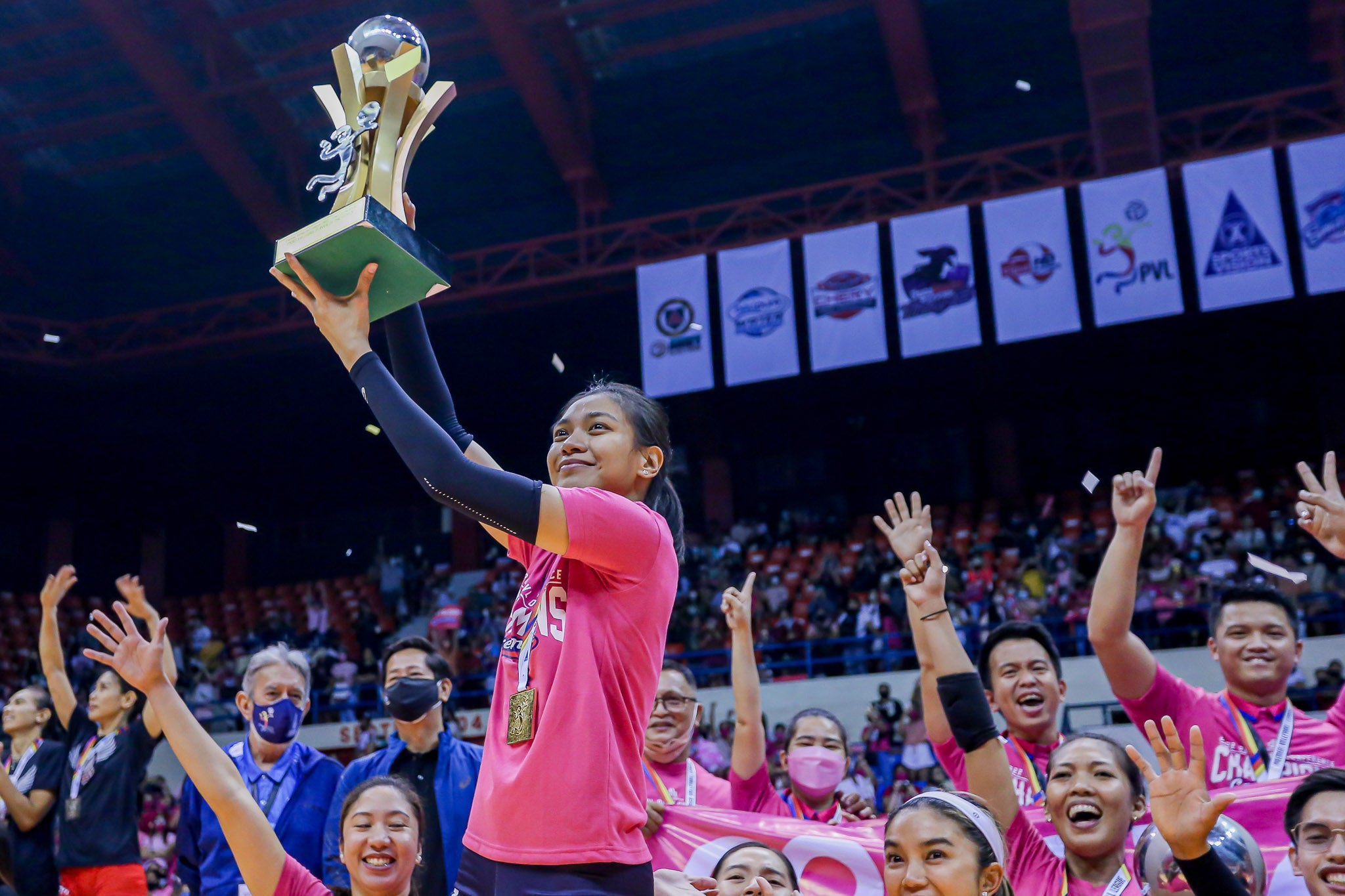 ANTIPOLO — Alyssa Valdez was crowned as Finals’ Most Valuable Player after bringing back the glory to Creamline in the 2022 Premier Volleyball League Open Conference.

She earned the Finals MVP after averaging 23.0 points in two games in the Finals, leading the Cool Smashers to a perfect 8-0 title run.

For the three-time Conference MVP, this individual award is just cherry on top of their fourth PVL championship.

“Like we always say, all the individual awards we get, they’re all just bonuses for us. But I’m grateful for this (Finals) MVP,” she said.

Valdez added that winning the Finals MVP is a responsibility to play better in the upcoming seasons.

The prolific outside spiker completed Creamline’s bid to bounce back from last season’s Finals Game 3 collapse to Chery Tiggo.