PVL: True to her word, Jema Galanza shines for Creamline “I had an off season last year. So I promised to make it up for my team this year because I had a lot of shortcomings for them last season,” said Galanza, who scored 17 points in Game 2.

It felt surreal for the former PVL MVP when the Cool Smashers clinched the Open Conference title, which finally slew the ghost of their past setback to Chery Tiggo last season.

“I was speechless. I was staring at people inside the court until I realized that Creamline is now the champion,” she said. “All our hardships were worth it. We bounced back strong from last year. We’re so happy.” 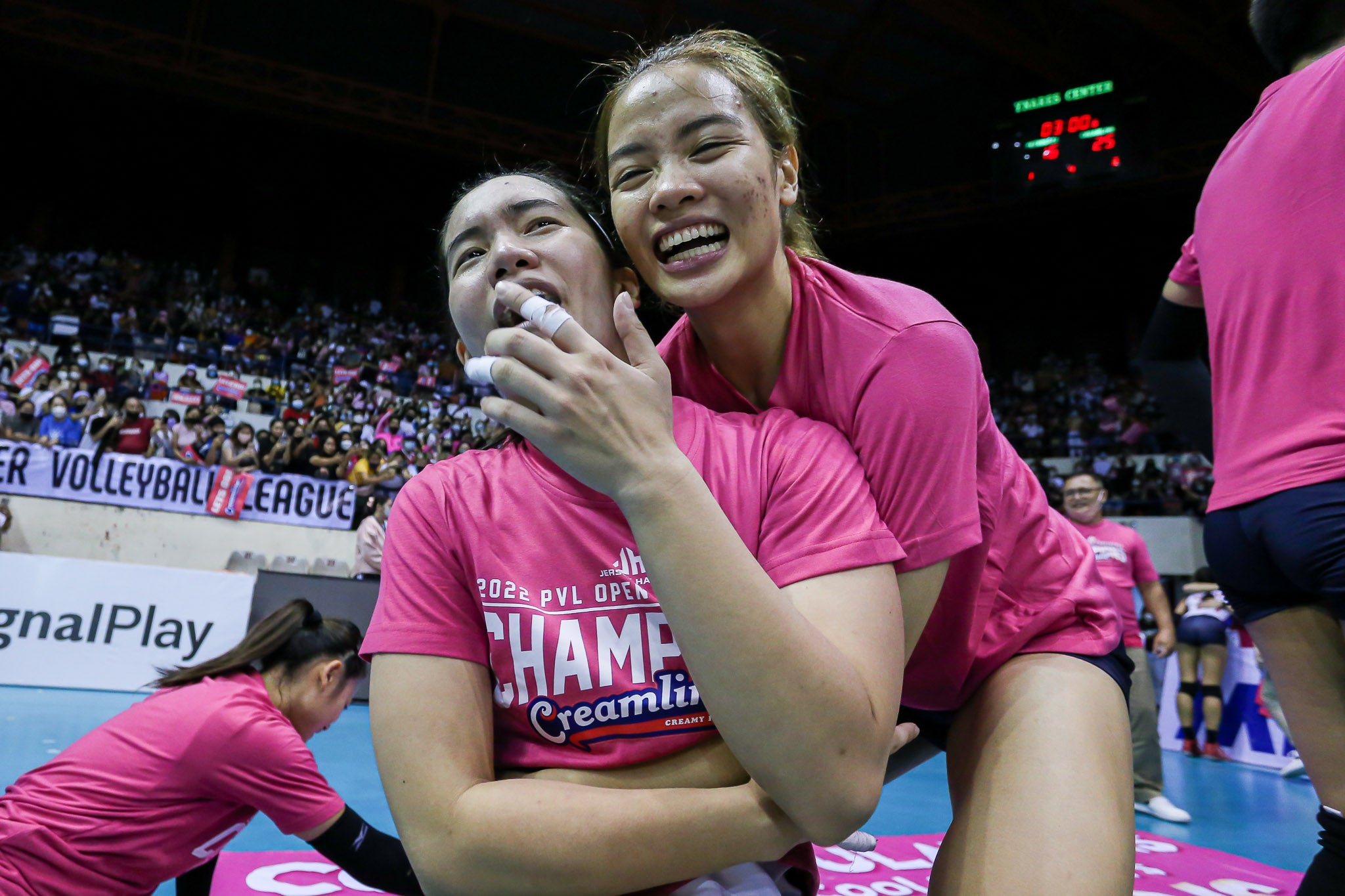 Although Creamline didn’t make any major roster changes unlike most club teams, familiarity worked as their biggest advantage to win all of its eight matches, where they swept three games in Pool B, dethroned Chery Tiggo in the quarterfinals, eliminated sister team Choco Mucho in two games in the semifinals en route to their franchise’s fourth overall championship after outlasting Petro Gazz.

It wasn’t that easy for the do-it-all spiker.

“We played at a different level of competitiveness. Every team we fought put up a strong challenge. Luckily, we worked double time in our training,” Galanza said.

The key to their dominant run? Galanza said the team just lived up to their goal, ‘bounce back with good vibes.’

“Keeping our record unbeaten was not easy. But this team is really special despite the pressure to bring back the championship. Everyone played happily. I felt that everyone is on the same page to bounce back this year,” Galanza said.

“My love for volleyball and my teammates boosted my confidence,” she added.

The former Adamson standout was also grateful to play in front of the crowd, who witnessed their games from San Juan Arena, Mall of Asia Arena to Ynares Antipolo, where they clinched the crown before 8, 231 spectators dominated by pink-clad fans.