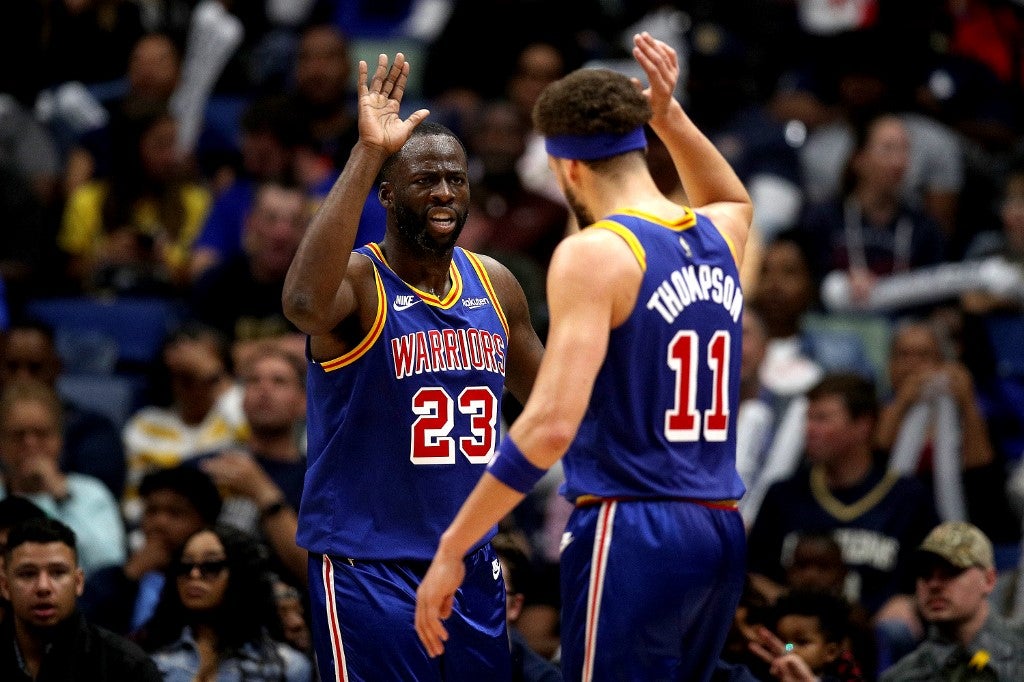 Klay Thompson scored a season-high 41 points and led a 3-point shooting barrage as the visiting Golden State Warriors defeated the New Orleans Pelicans 128-107 in the regular-season finale for both teams Sunday night.

Thompson, playing in just his 32nd game after returning from Achilles surgery, scored more than 30 points for the fourth time in his last six games and topped his previous high of 38 points. He made 7 of 14 3-pointers as the Warriors (53-29) made 19 of 33 from beyond the arc.

Golden State won its fifth consecutive game and clinched the No. 3 seed in the Western Conference playoffs. The Warriors will face sixth-seeded Denver in the first round.

💦 @KlayThompson closes his regular season with a season-high 41 points as the @warriors clinch 3rd in the West!

Jordan Poole added 22 points, Jonathan Kuminga had 18 and Damion Lee 11 for Golden State, which had 33 assists on its 49 field goals.

Poole sandwiched two 3-pointers around a trey by Thompson as Golden State started the third quarter with a 13-4 spurt that gave it an 81-52 lead.

Larry Nance Jr. made a 3-pointer that capped a 22-4 Pelicans run that pulled them within 11 before the Warriors ended the third quarter up 89-76 and maintained control the rest of the way.

Thompson’s layup gave him 12 points and the Warriors a 27-26 lead at the end of the first quarter.

Kuminga scored seven points, including one of four 3-pointers Golden State made during an 18-7 run that extended the lead to 49-37.

Tony Snell made a 3-pointer for New Orleans before Lee and Thompson answered with one each as the Warriors made 10 of 18 from long range in the first half.

The lead grew to 22 points before a floater by Marshall left Golden State with a 68-48 halftime lead.