NBA: Mavericks top Spurs, but settle for No. 4 seed in West 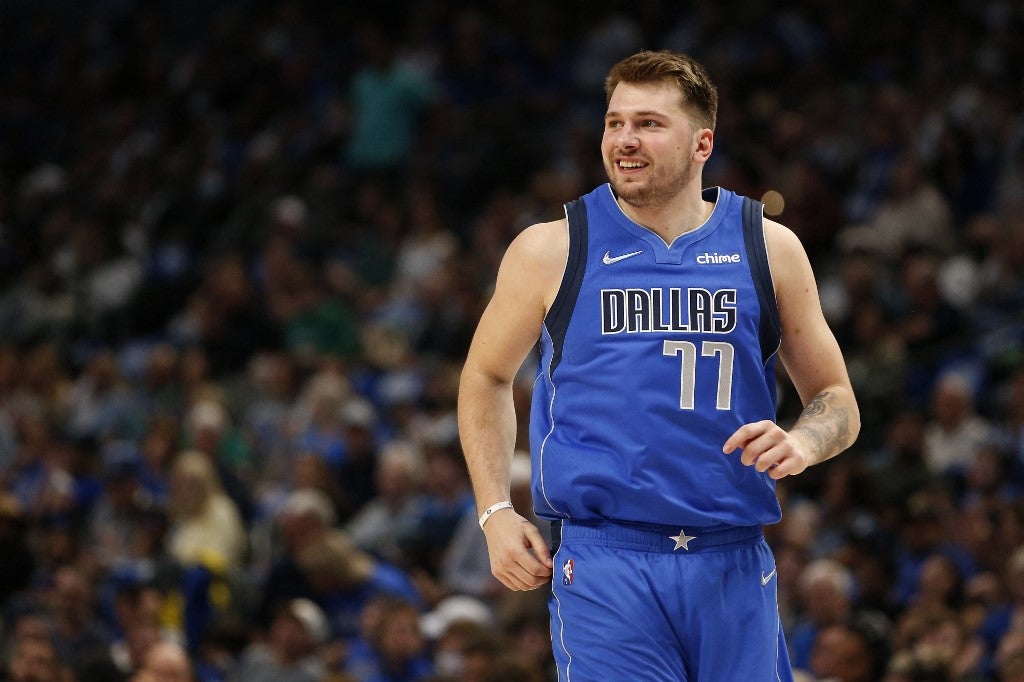 Luka Doncic #77 of the Dallas Mavericks reacts after making a basket in the second half against the San Antonio Spurs at American Airlines Center on April 10, 2022 in Dallas, Texas. Tim Heitman/Getty Images/AFP

Luka Doncic scored 26 points despite sitting the entire fourth quarter, leading the Dallas Mavericks to a 130-120 win over the visiting San Antonio Spurs on Sunday on the final day of the NBA’s regular season.

The Mavericks’ win proved inconsequential after Golden State walloped New Orleans on Sunday to clinch the third seed in the West. Dallas (52-30) could have climbed to third with a victory and a Golden State loss — instead the Mavericks finished fourth and will face fifth-seeded Utah in the first round of the playoffs.

That’s 2️⃣0️⃣0️⃣ 👌s for @luka7doncic this season. Only the 3rd Maverick to do so. #MFFL pic.twitter.com/f2RbXIoXdh

Dallas blew open a game that was tied 59-59 at halftime and at 66-66 with 8:50 to play in the third period with Dorian Finney-Smith scoring all 16 of his points in the quarter and Jalen Brunson hitting for 10, allowing the Mavericks to carry a 97-82 lead into the final 12 minutes.

The Spurs (34-48) had little to play for in the season-finale after having secured the 10th seed in the West and a spot in the play-in tournament at New Orleans on Wednesday. The winner of the San Antonio-New Orleans game will face the loser of the Minnesota-Los Angeles Clippers game to see who will face top-seeded Phoenix in the first round of the playoffs.

Jalen Brunson added 18 points for the Mavericks, Theo Pinson had 16 and Dwight Powell hit for 12 points for Dallas, which will carry a four-game winning streak into the postseason.

Murray returned after missing the past five games with an upper-respiratory illness.

The Spurs led 29-28 at the end of the first quarter. The game flip-flopped through the second period with eight lead changes and neither team earning more than a four-point advantage. Doncic had 11 points in the period, including the jumper with 47.6 seconds left to tie the game at 59-59 at the break.

Doncic led all scorers in the half with 18 points, while Vassell and Johnson paced the Spurs with 13 and 10 points, respectively.