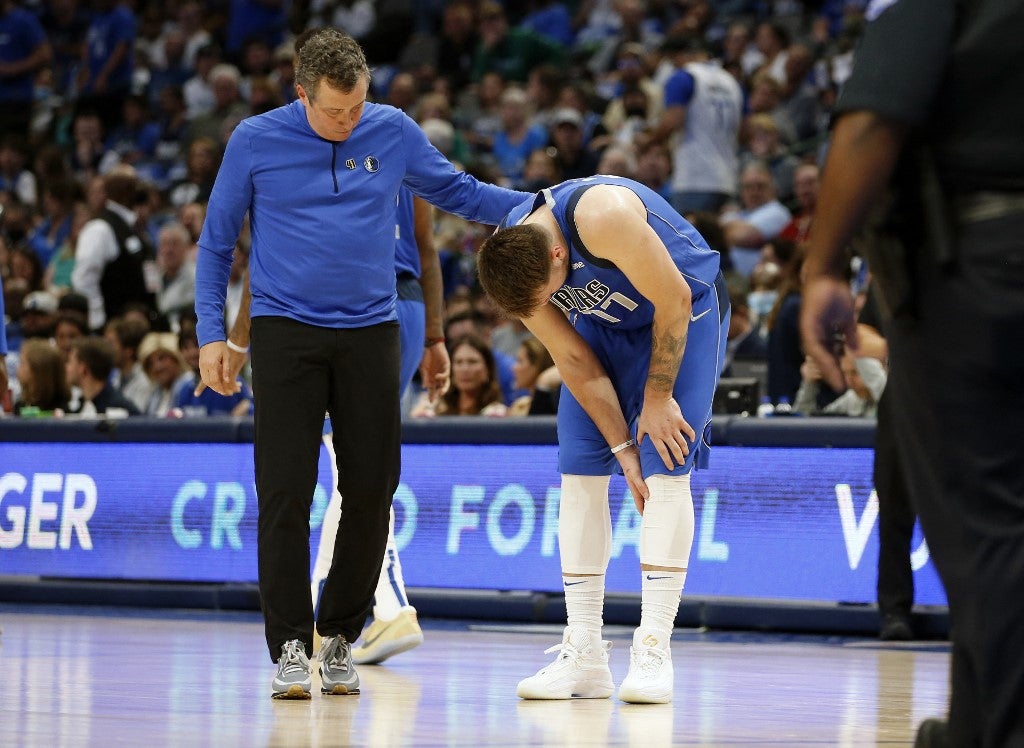 FILE–Luka Doncic #77 of the Dallas Mavericks is attended to my Casey Smith head trainer in the second half against the San Antonio Spurs at American Airlines Center on April 10, 2022 in Dallas, Texas. Tim Heitman/Getty Images/AFP

The Mavericks announced Tuesday that an MRI confirmed the left calf strain for Doncic.

The Mavericks are the No. 4 seed in the Western Conference playoffs. They host the fifth-seeded Jazz in Game 1 of their first-round series on Saturday afternoon.

Doncic, 23, sustained the injury in the third quarter of the Mavericks’ 130-120 win against the San Antonio Spurs in Sunday’s regular-season finale.

The two-time All-NBA performer and three-time All-Star averaged 28.4 points, 9.1 rebounds and 8.7 assists in 65 starts this season, finishing third in the league in scoring and fifth in assists.

Dallas was 8-9 without Doncic in the lineup this season, including a 120-116 loss at Utah on Christmas Day.