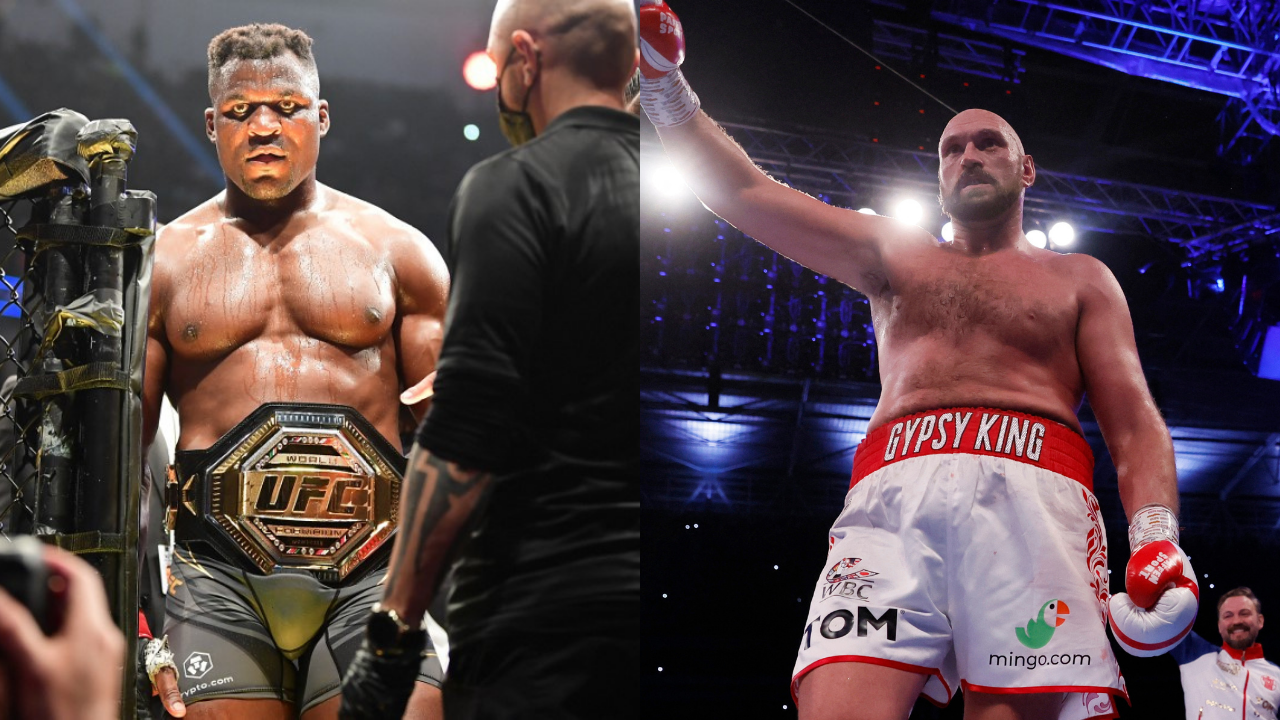 UFC heavyweight champion Francis Ngannou said he hopes to fight Tyson Fury in a crossover bout in 2023 and that there is a “70% chance” his next opponent will be the British boxer.

WBC heavyweight champion Fury had suggested he would fight Ngannou when the pair spoke in the ring following the Briton’s win over Dillian Whyte on Saturday.

“We both want this fight, that’s clear, and we respect each other,” Ngannou told the MMA Hour podcast on Monday.

“Probably next year it will happen. I think it’s going to happen, it’s just a matter of our promotions, but we will sort this out at some point.”

Ngannou, who defended his title with a win over Cyril Gane in January, said the potential bout could combine elements of boxing and mixed martial arts (MMA).

“Make it a hybrid fight, something that makes it a little uncomfortable for him as a boxer,” Ngannou said. “Ideas like MMA gloves or fighting barefoot. I don’t know, we still have to figure this out.