Gold-seeking PH team out to show improvement in SEA Games 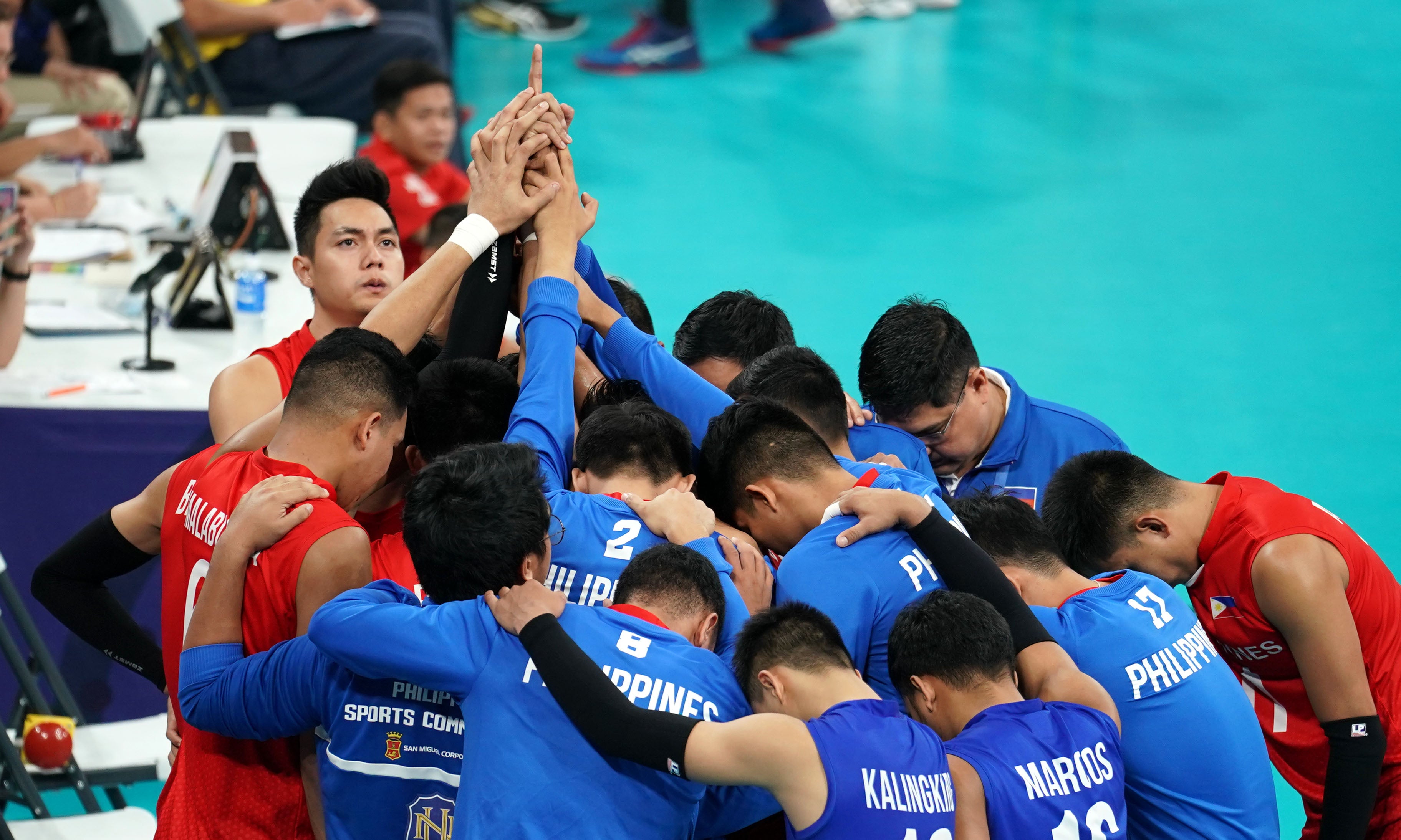 Bryan bagunas of the Philippines scores one off Jakkraphop Saengsee of Thailand during the 2019 Southeast Asian Games at the Philsports Arena.
INQUIRER PHOTO/AUGUST DELA CRUZ

MANILA, Philippines — Operating under the shadows of the more popular women’s team, the national volleyball men’s squad stole the spotlight with a heroic silver medal finish in the 2019 Southeast Asian Games.

The team, which no one in the region will overlook anymore, is hoping to do one better in Vietnam.

“So expect us to give our best in the SEA Games,” he added.

Although the men’s volleyball leagues in the country like Spikers’ Turf and even the UAAP and NCAA, are still on hold, coach Dante Alinsunurin said his wards are ready to make another historic run in Hanoi after a fruitful training camp in Qatar early this month.

“The team is ready. We made the necessary adjustments that the team needs. I think we still have a chance to reach our goal in the SEA Games,” said Alinsunurin, who is making the most of their remaining practices at National University two weeks before the biennial meet.

“We saw in Qatar that we can match the level of taller opponents. During our training there, we saw the difference of their play style to Japan. Qatar gave us added experience and learnings.”

Bagunas, who missed the Qatar training camp with Marck Espejo due to their commitments to their respective Japan V.League clubs, said he didn’t have a hard time catching up when he came home two weeks ago.

“Coach Dante is still the same. I’ve been familiar with his system since college. I only made a few adjustments and I am currently working on my connection with the team. I still have two more weeks before the SEA Games,” the National University standout said.

The Oita Miyoshi Filipino import, one of the three active men’s national spikers to play in a league this year including Espejo and Jau Umandal from his past Bahrain stint, was impressed with the dedication and commitment of his teammates, who are making the most of their practice, amid the absence of men’s tournaments in the country amid the pandemic.

“From what I saw in my past few training sessions, they forged a solid bond and they are very committed and dedicated,” Bagunas said. “I feel that we have a strong chance to lift up  Philippine men’s volleyball again with the dedication and commitment of each member. I hope our sport will receive more support.”

Slated with rival Thailand and Cambodia in the pool stage, Alinsunurin said his wards are not feeling the pressure in their goal to surpass their runner-up finish in 2019.

“We don’t feel the pressure since we’re working hard everyday at practice. We are really preparing for our upcoming matches in the SEA Games,” he said.

“We’re focusing on adjustments and game situations in training. I’m thankful to the players. They are really passionate about everything I asked them to do in practice. Even we don’t have scrimmages, they are executing our game plan well. I hope we will be able to execute it in the SEA Games.”