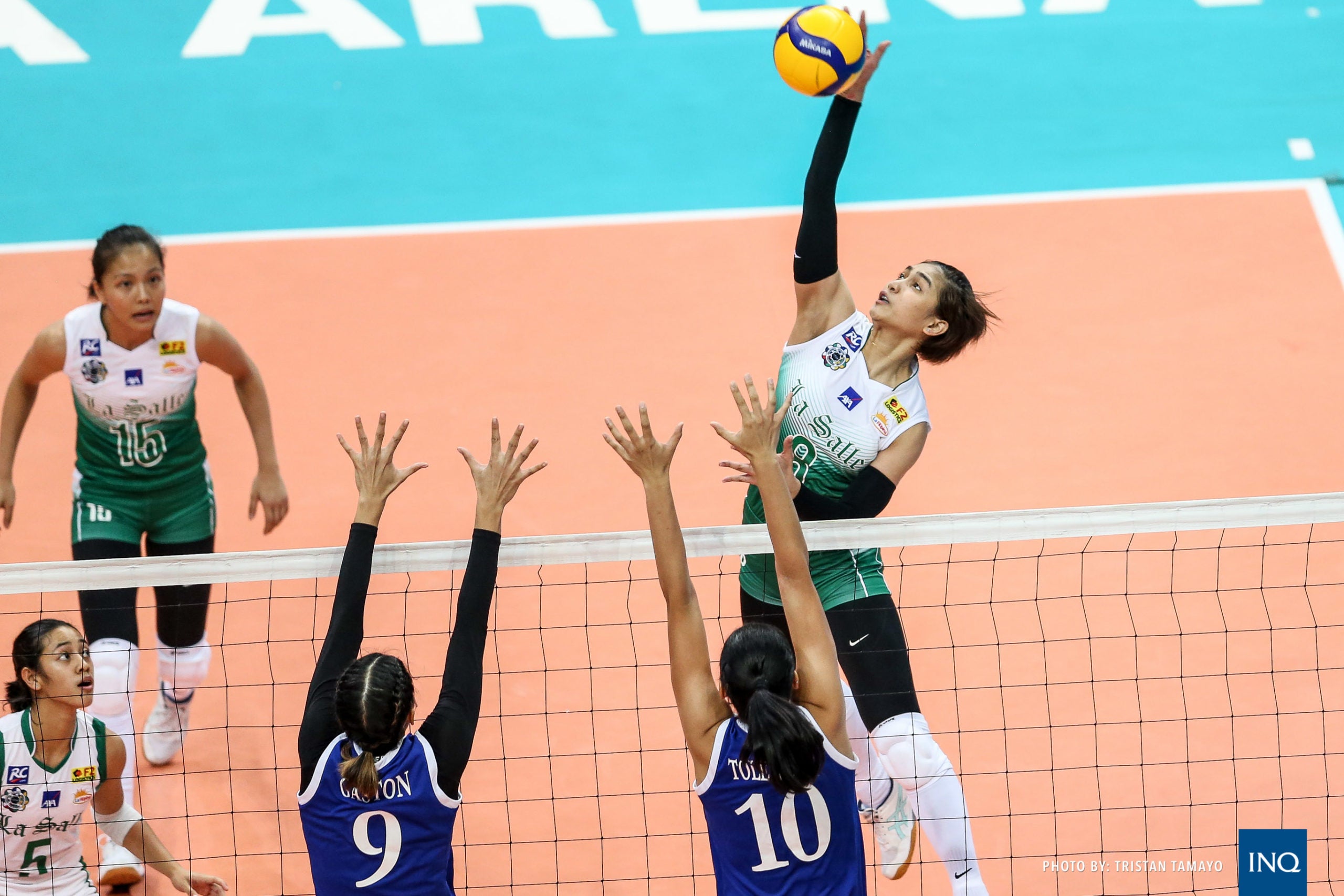 MANILA, Philippines — Fiercest rivals Ateneo and La Salle are both fancied ahead of their first rivalry match in this pandemic era when the UAAP Season 84 women’s volleyball tournament opens on Thursday at Mall of Asia Arena.

The Lady Eagles finally resume their title-retention bid against the Lady Spikers, highlighting the quadruple header opening day, two years after the UAAP women’s volleyball got wiped out by the COVID-19 pandemic having only four playdates in 2020.

Ateneo coach Oliver Almadro, who steered the team to a Season 81 championship in 2019, is excited but at the same time nervous in their return.

“We’re excited to play again, especially our players. Finally. Thank you to the UAAP and the board that they decided to push through with the (women’s volleyball) now,” said Almadro in a press conference on Sunday. “We’re a bit nervous because of course we didn’t have the UAAP or any official volleyball tournament for two years.”

La Salle assistant coach Noel Orcullo, the deputy of Ramil de Jesus, agreed with Almadro, saying they are fancied of their upcoming games.

“We didn’t have scouting this time due to the pandemic. But we’ll find ways when we play our first game. More or less it will be an exciting game. We’ll see on Thursday,” said Orcullo.

“As coach oliver said, we’re excited and nervous. Since for the past two years, we didn’t have competitive volleyball. We’re really nervous. I just hope that it will be a great season and injury-free.”

The Lady Spikers, who were dethroned by University of Santo Tomas in the 2019 Final Four, will resume their redemption season with holdovers Thea Gagate, Jolina Dela Cruz and Marionne Alba after their Season 82 only lasted for one game, where they beat the Lady Eagles in four sets.

Meanwhile, the other teams are also excited for their comeback.

Far Eastern University coach George Pascua can’t wait to return to action, facing UST at 10 am to officially raise the curtains of the volleyball season.

“We’re excited after how many years without volleyball. Hopefully, all the players will perform well. We’re happy that finally, UAAP is back,” said Pascua, who will bank on the duo of Lycha Ebon and Shiela Kiseo.

University of the Philippines coach Godfrey Okumu, who will begin life without stars Isa Molde and Tots Carlos after both turned pro, said his wards are ready to step up as they open their season against University of the East in the 6 pm night cap.

“It’s nice to be here. We are very excited. The games will be thrilling as usual. Yes we are ready to go,” Okumu said.