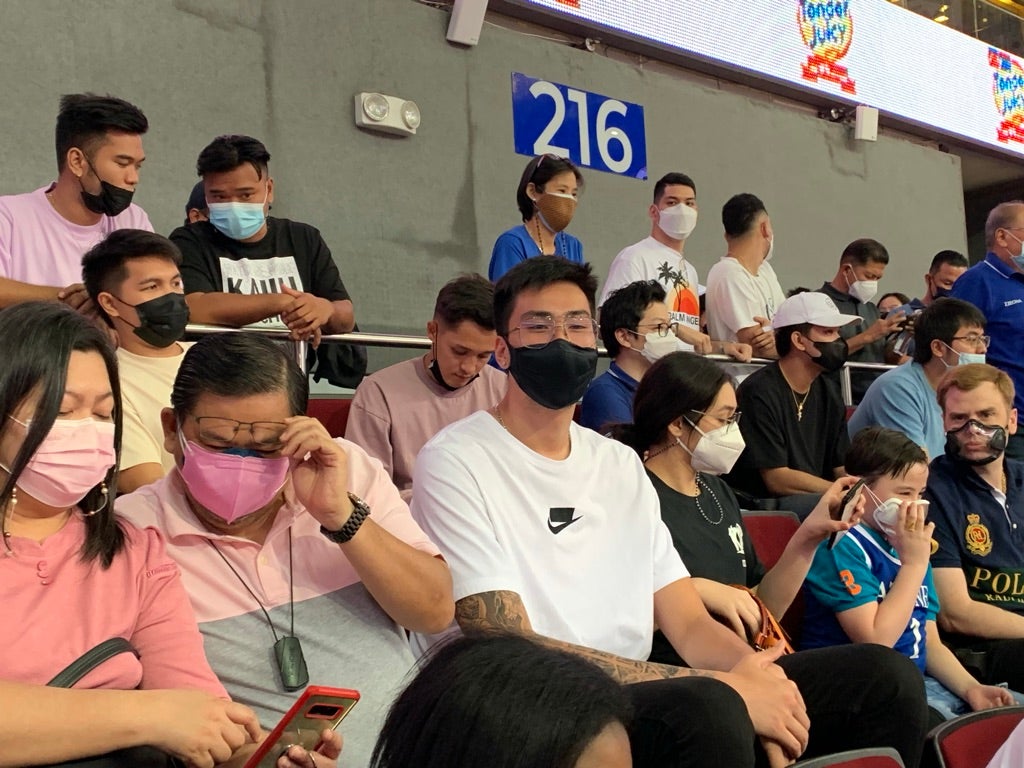 Kai Sotto in attendance during a game between Ateneo and University of the Philippines in the second round of the UAAP Season 84 men’s basketball tournament at Mall of Asia Arena. Sotto recently declared for the NBA Draft. Lance Agcaoili/INQUIRER.net

MANILA, Philippines — Kai Sotto graced the epic clash between Ateneo and University of the Philippines in the final elimination game of the UAAP Season 84 men’s basketball tournament on Sunday at Mall of Asia Arena.

The 7-foot-2 center, who recently declared to join the 2022 NBA Draft, was at the lower box section as the Blue Eagles were trying to complete a 14-game elimination round sweep against the Fighting Maroons for a second straight outright Finals ticket as of posting time.

Sotto is currently on vacation in the country after his first professional stint with the Adelaide 36ers in Australia’s National Basketball League, which concluded last week.

His former high school rivals Carl Tamayo, Gerry Abadiano, Terrence Fortea and the Fighting Maroons were trying to prevent the Blue Eagles from sweeping the eliminations and a stepladder format in the post-season.