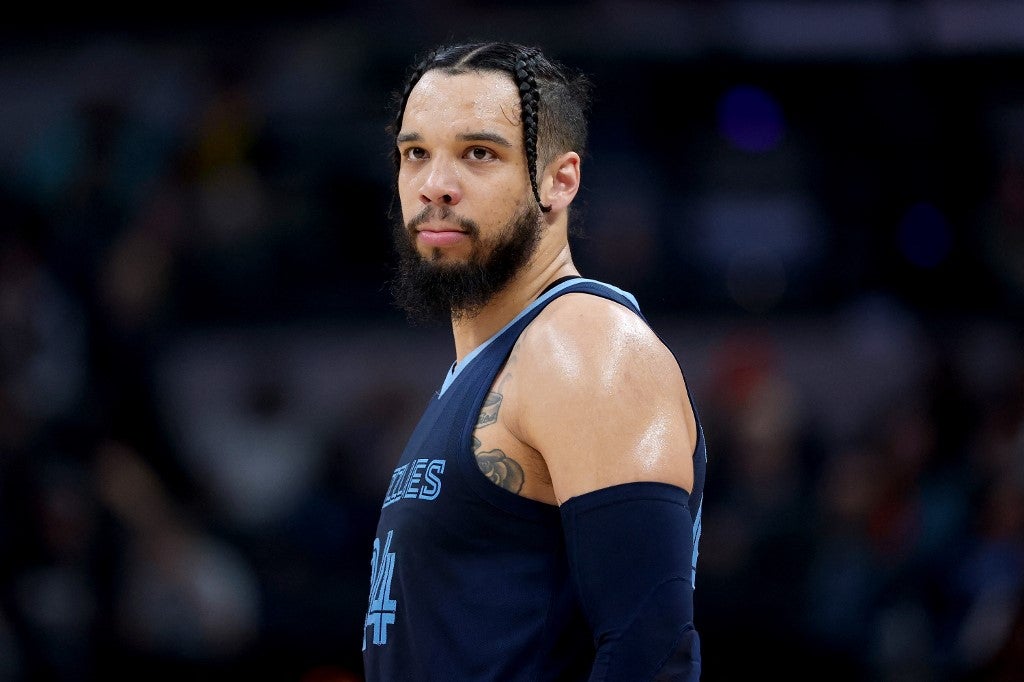 Dillon Brooks #24 of the Memphis Grizzlies looks on in the second quarter against the Indiana Pacers at Gainbridge Fieldhouse on March 15, 2022 in Indianapolis, Indiana.. Dylan Buell/Getty Images/AFP

Brooks was suspended for Game 3 for his foul from behind on a breakaway, leveling Payton as he went up from the left side for a layup. Brooks’ right arm hit Payton in the neck and head and propelled Payton to the floor. He landed on his left elbow and is out for up to four weeks.

Game 3 of the Western Conference semifinals series is Saturday in San Francisco. The series is tied 1-1.

Brooks was issued a Flagrant 2, ejected from the game and dons a figurative bull’s-eye as the Warriors adjust.

Kerr and Klay Thompson were animated and shouted at Brooks as he left the floor. Payton II, 29, emerged in his fifth NBA season as surprise contributor for the Warriors as a defensive-minded role player.

“This is a guy who’s been toiling the last six years trying to make it in this league,” Kerr said. “We’re in the playoffs this should be time of his life, and guy comes in and whacks him in the head in mid air.”

Brooks, considered the top defensive player in the Grizzlies’ wing rotation, averages 18.4 points per game but has only eight points on 3-of-16 shooting in 33 minutes in the series.

Tempers flared in Game 1 of the series and Warriors forward Draymond Green was hit with another fine for “directing an obscene gesture toward the spectator stands” on his way to the locker room during Game 2. Green raised his arms and both middle fingers toward the Memphis crowd.