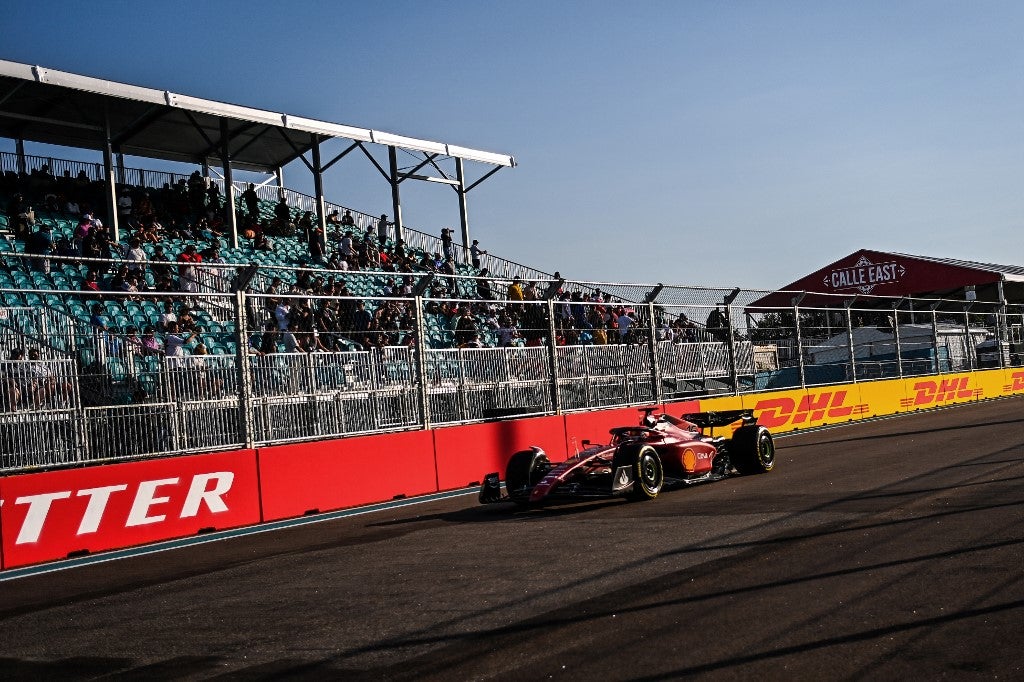 Ferrari’s Monegasque driver Charles Leclerc steers during the second practice session of the Miami Formula One Grand Prix at the Miami International Autodrome in Miami Gardens, Florida, on May 6, 2022. (Photo by CHANDAN KHANNA / AFP)

World championship leader Charles Leclerc believes Mercedes will bounce back and beat his Ferrari team in some races this year, but are unlikely to do enough to retain their constructors’ world title.

Speaking to CNN on Thursday ahead of this weekend’s inaugural Miami Grand Prix, the Monegasque driver said he expected Ferrari and Red Bull to provide a four-way tussle for the drivers’ title and be the main protagonists in the teams’ title race.

But, as he made clear with a smile, he would not allow the battle for glory to spoil his enjoyment of what has, so far, been the happiest season of his career.

“I love my job, I love driving, this was what I always dreamt to do,” he said. “And now I am in Formula One with the best team in the world, in my opinion, Ferrari — and fighting for wins. So, life is great.

“I am definitely going to the track with a big smile on my face because I am obviously in a much happier place than last year. Going to the track, knowing you have the opportunity to win… it feels amazing.”

Asked about fallen champions Mercedes, who have struggled with their car under the new regulations introduced this year, he said they would recover.

“I am pretty sure they will win races at some time this season,” he said. “I never write them off because they are such a strong team and they have shown it in the past.

“But it is true that they are struggling and have since the beginning of this season -– they seem to have… issues that require a bit of time before they fix them.

“So, maybe not for the championship this year.” 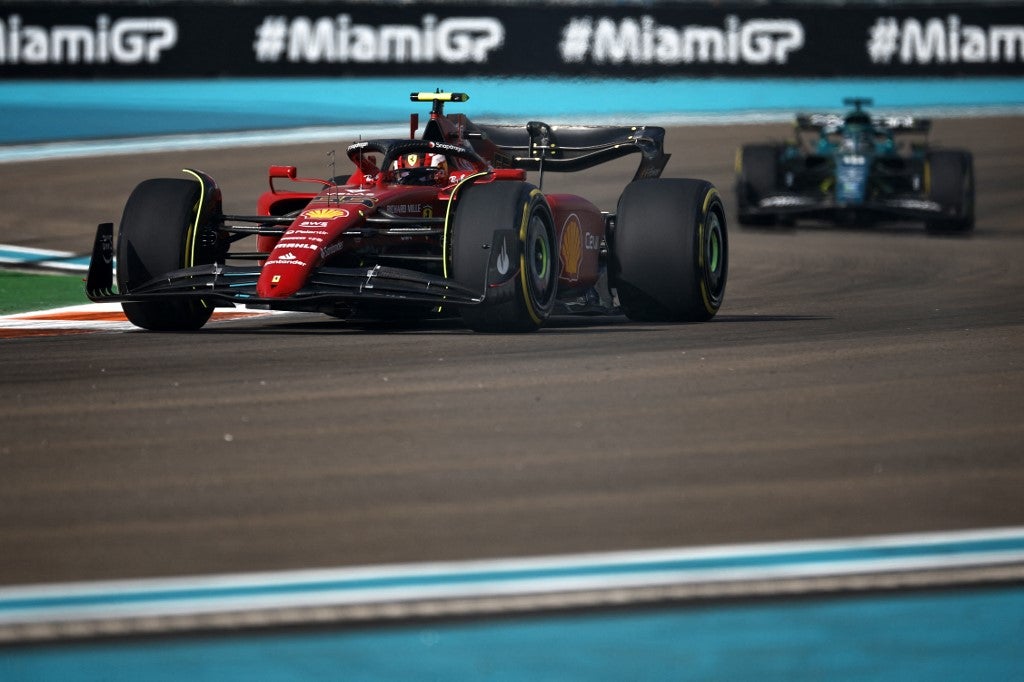 : Carlos Sainz of Spain driving (55) the Ferrari F1-75 leads Lance Stroll of Canada driving the (18) Aston Martin AMR22 Mercedes during practice ahead of the F1 Grand Prix of Miami at the Miami International Autodrome on May 06, 2022 in Miami, Florida. Jared C. Tilton/Getty Images/AFP

Leclerc leads the drivers’ championship with 86 points ahead of defending champion Max Verstappen on 59 and his Red Bull team-mate Sergio Perez on 54.

Mercedes’ George Russell is fourth on 49 ahead of Carlos Sainz, in the second Ferrari, while his team-mate, seven-time champion Lewis Hamilton, is down in seventh on 28 points.

In the constructors’ championship, Mercedes -– who last year reeled off an unprecedented eighth consecutive triumph –- are third on 77 behind Ferrari on 124 and Red Bull on 113.

Leclerc said he did not see the drivers’ championship as a straight battle between him and Verstappen.

“No, because Checo (Perez) is extremely close,” he said. “Carlos has been a bit unlucky and maybe now he is getting there too, but I think it will be between us four.”

He added that he felt more secure in his position as leader this year than he had in the past.

“In 2019, every time I found myself in the lead, to be completely honest I don’t think I was completely in control of the situation,” he said.

“Obviously (there were) a lot of emotions. I was leading the first laps of my career, something I had dreamt of doing since I was child -– and being a Ferrari driver in the first year…

“This year everything is a lot more controlled. I know why we are here. I know everything we have done to arrive at this point of fighting for the championship. I know what to do to win races.”