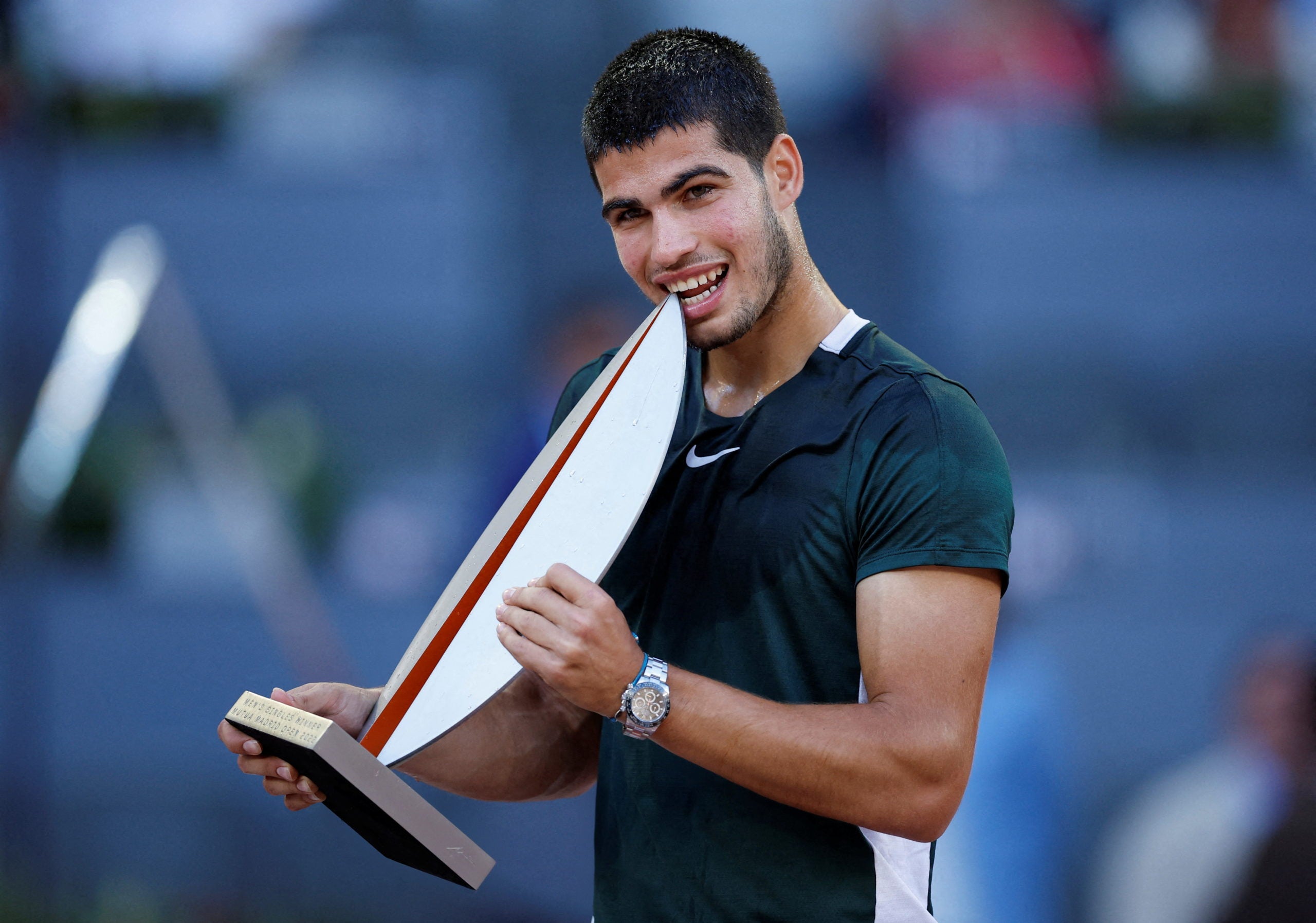 Alcaraz looked dangerous throughout his run at the claycourt tournament, where he stunned 21-time major winner Rafa Nadal and world number one Novak Djokovic before cruising past world number three Zverev in the title clash.

The 19-year-old is the youngest player since the start of the ATP Tour in 1990 to defeat three top-five players at the same event.

“It feels great to be able to beat these players. To beat two of the best players in history and then Zverev, the world number three. He is a great player,” said Alcaraz, who did not face a break point against the German.

“I would say this is the best week of my life. I am 19 years old, which I think is the key to be able to play long and tough matches in a row. I am feeling great physically.”

Alcaraz, who win his first Masters 1000 title in Miami last month, made the first move as he broke Zverev to love for a 4-2 lead before comfortably closing out the set on his own serve.

The home favourite broke to love again for a 2-1 lead in the second set as Zverev began to grow frustrated, failing to find ways to stop Alcaraz.

Cheered on by the home fans, the sublime Alcaraz found the double break at 4-1 and won the next two games to wrap up the match in just about an hour.

The Spaniard got the crowd at the Manolo Santana Stadium on their feet with his variety of shots and relentless hitting as he earned a seventh straight top-10 win and tour-leading fourth title of the year.

Ranked 120 in the world just a year ago, Alcaraz will rise to a career-high no. 6 in the new rankings on Monday.

“I want to congratulate Carlitos. Right now you are the best player in the world,” Zverev said.