F1: Ferrari’s Sainz gets podium boost ahead of return to Spain 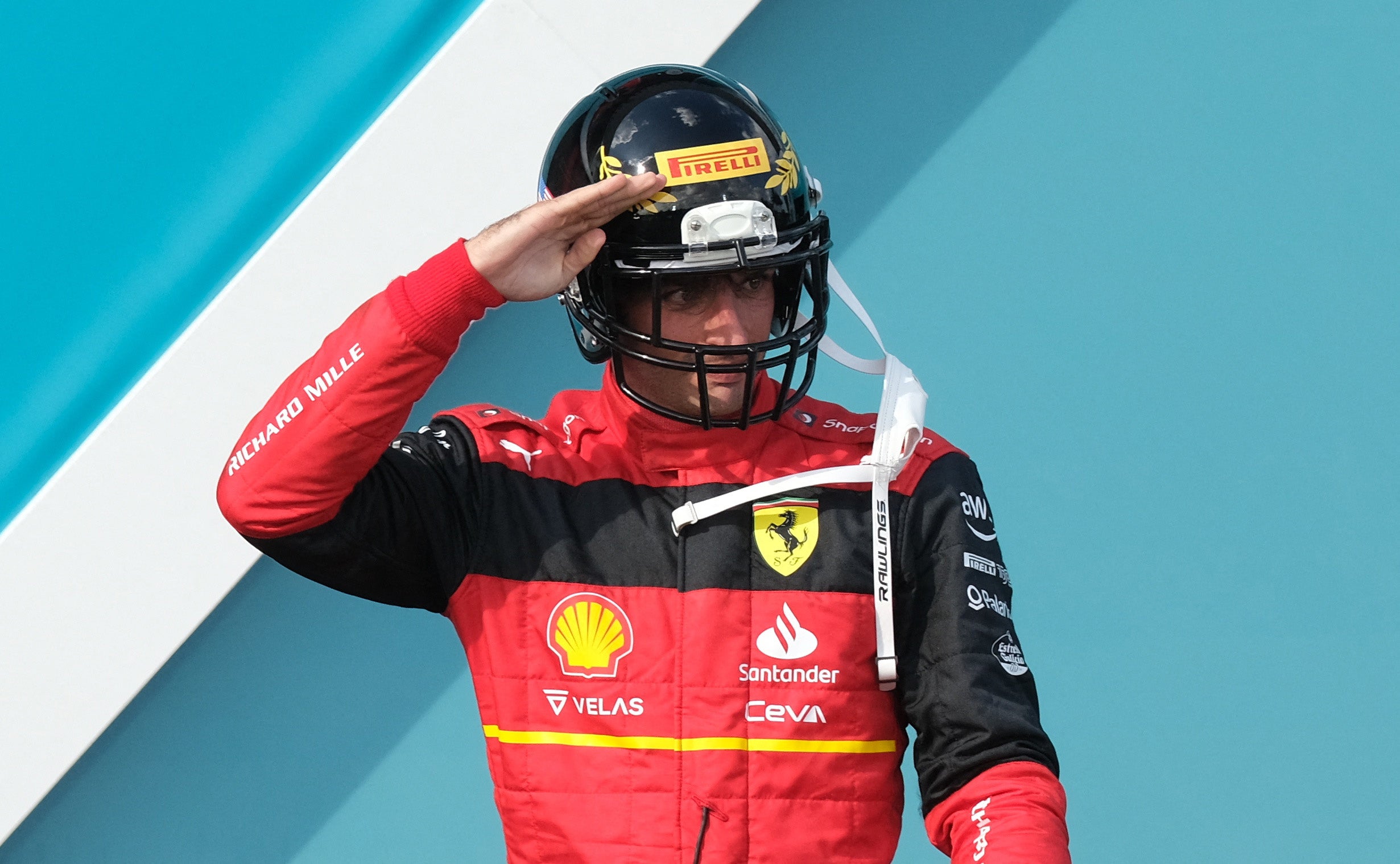 MIAMI – Ferrari’s Carlos Sainz is hoping that Sunday’s podium finish in Miami marks a turning point in his fortunes ahead of his home Grand Prix in Spain later this month.

Sainz was still dealing with some neck pain during the race after being shaken up by a crash into the wall in Friday’s practice.

That incident followed a crash with Australian Daniel Ricciardo at Imola which ended his race on the first lap, the Spaniard’s second successive retirement.

In Australia two weeks earlier he had beached his car in the gravel on the second lap, and Sainz also crashed in sprint qualifying at Imola.

“Obviously, I’m coming back from a pretty heavy crash on Friday. So, I wasn’t feeling 100%t today, but maybe also the fact that I haven’t done the last two races, so also, the neck feels that,” said the Spaniard.

“It’s a combination of those two things that maybe I was paying a bit the price and at some stages of the race I couldn’t push 100%.”

Sainz will be looking to be the first Spaniard and first Ferrari driver to win the Spanish Grand Prix since Fernando Alonso in 2013 and he said it was vital to have got a full race under his belt.

“It’s needed. I think I needed to complete a race distance, to get the body back to shape, and also get the feel for the car on used tires, high fuel,” he said.

“I was still doing a couple of mistakes out there during the race, just because I was trying the car and trying myself out there.

“I think I needed a race like this to reset a bit and build on it for the upcoming races. Up next is my home GP and we’ll make sure we get there in the very best (shape),” he said.