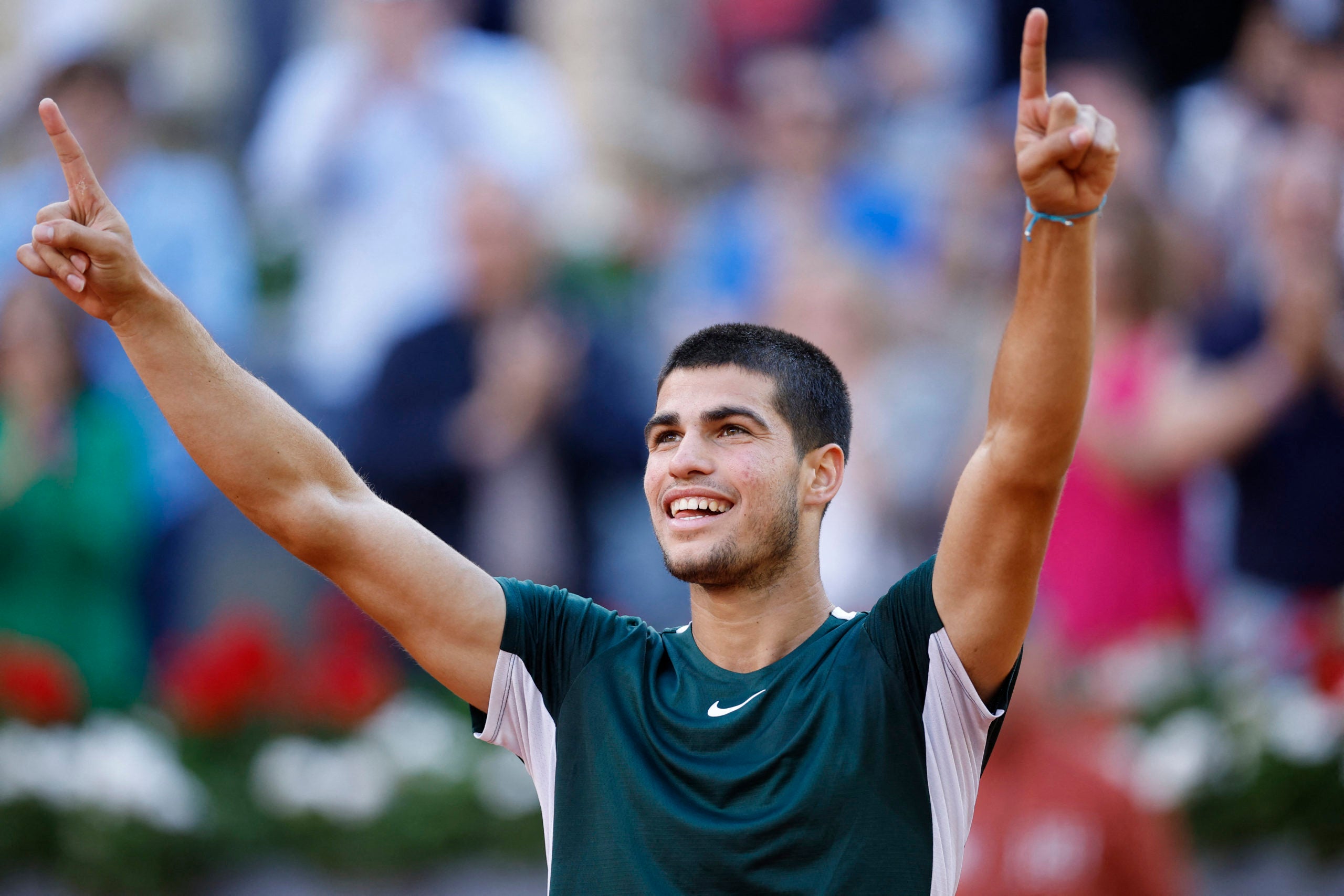 Newly-crowned Madrid Open champion Carlos Alcaraz said on Sunday he has decided to skip the Rome Masters in a bid to recover from an ankle injury ahead of the French Open later this month.

Alcaraz, who rolled his ankle in the quarter-finals in Madrid, overcame pain to beat three top five players — Rafa Nadal, Novak Djokovic and Alexander Zverev — to win his second Masters title days after his 19th birthday.

“Due to the fall that I had, the ankle, I had a problem and this morning it was a little more swollen. Also I had a blister in my feet which was a little bit infected and it’s been a little bit tough start to the day,” Alcaraz told reporters.

“It was difficult for me to walk but after a while with my team, with the physio, with the doctor, we have managed to fix it to do something to be able to be 100% today.

“I thought about it (playing in Rome). I think that given the state of my feet and my ankle, I’m really excited for fighting for a Grand Slam. I think that it’s better to rest, to recover my ankle, recover my feet, to be in Paris at 100%.”

Alcaraz beat Zverev 6-3 6-1 in just 62 minutes in the final and his fourth singles title of the year will move him up to sixth in the rankings.

Zverev said the young Spaniard is now the “best player in the world” but Alcaraz is not getting ahead of himself.

“Djokovic is number one in the ranking. Because I have won Barcelona and I have beaten Djokovic and Rafa in Madrid, I don’t consider myself the best player in the world,” he said.

“I also think that tomorrow I’m going to be sixth, so I still have five players in front of me to be the best one.”