UAAP basketball: No distractions for Kouame in keeping Ateneo alive in finals 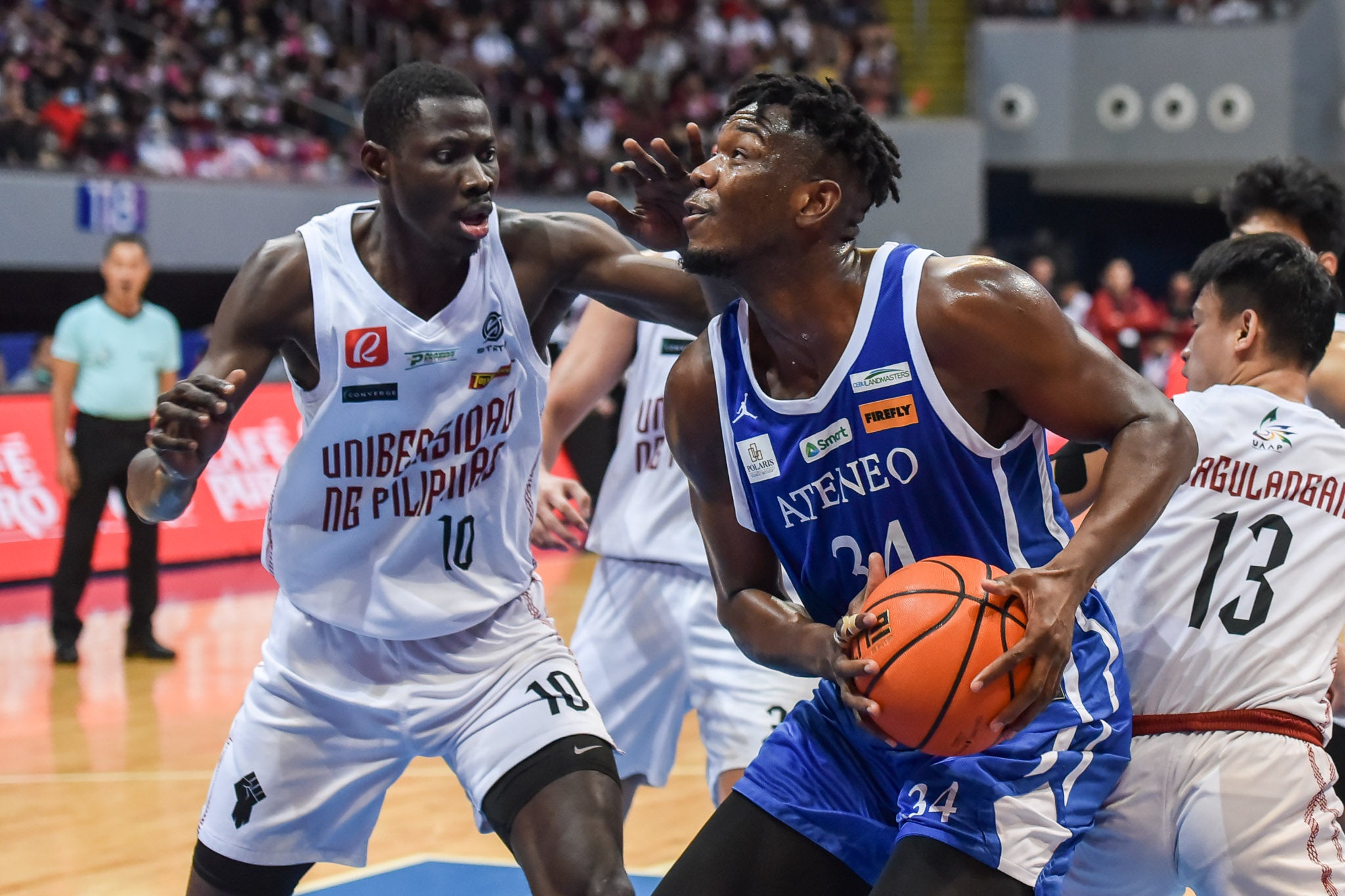 MANILA, Philippines — Ange Kouame didn’t let his UAAP Season 84 MVP award get the better of him as he helped keep Ateneo’s ‘’four-peat’ bid alive forcing a winner-take-all Finals Game 3 against University of the Philippines.

“I don’t think I wanted it more than my teammates. So for me, it really didn’t matter at the moment. Like I said, I talked to them before the game, to see them outside, on the corner, and feel like, ‘Oh, I’m an MVP.’ This is not my mindset,” said Ateneo’s first MVP since Kiefer Ravena in 2015.

“I (told) them and I went through a lot, so I really wanna enjoy these last moments with them. This is it,” he added.

Kouame unleashed 14 points, 14 rebounds and eight blocks as the Blue Eagles staved off  the Fighting Maroons, 69-66, to force a winner-take-all Game 3 on Friday at 6 p.m.

The 6-foot-11 kept Ateneo afloat when UP fought back from a 15-point deficit in the third quarter and even took a one-point lead in the payoff period. He refused to suffer another meltdown as he restored the order for his team giving his squad a 63-61 breather before SJ Belangel and Gian Mamuyac put on the finishing touches.

“I was trying to stay in the moment. Just let the game come to me and enjoy the process at the same time. It was really fun to be out there, be there with my teammates, enjoy the moment, the big moment,” said Kouame.

The Gilas Pilipinas naturalized center said he didn’t want to let his team down as they already learned in their 81-74 loss in Game One, where they lost steam in overtime.

“We know the feeling where they’re close and the pressure is on us, too. So, I mean, I was just out there, doing the things that I usually do, which is play basketball,” Kouame said.

Kouame and the Blue Eagles try to complete their goal for a fourth straight championship in their team’s first do-or-die Finals game since 2017.