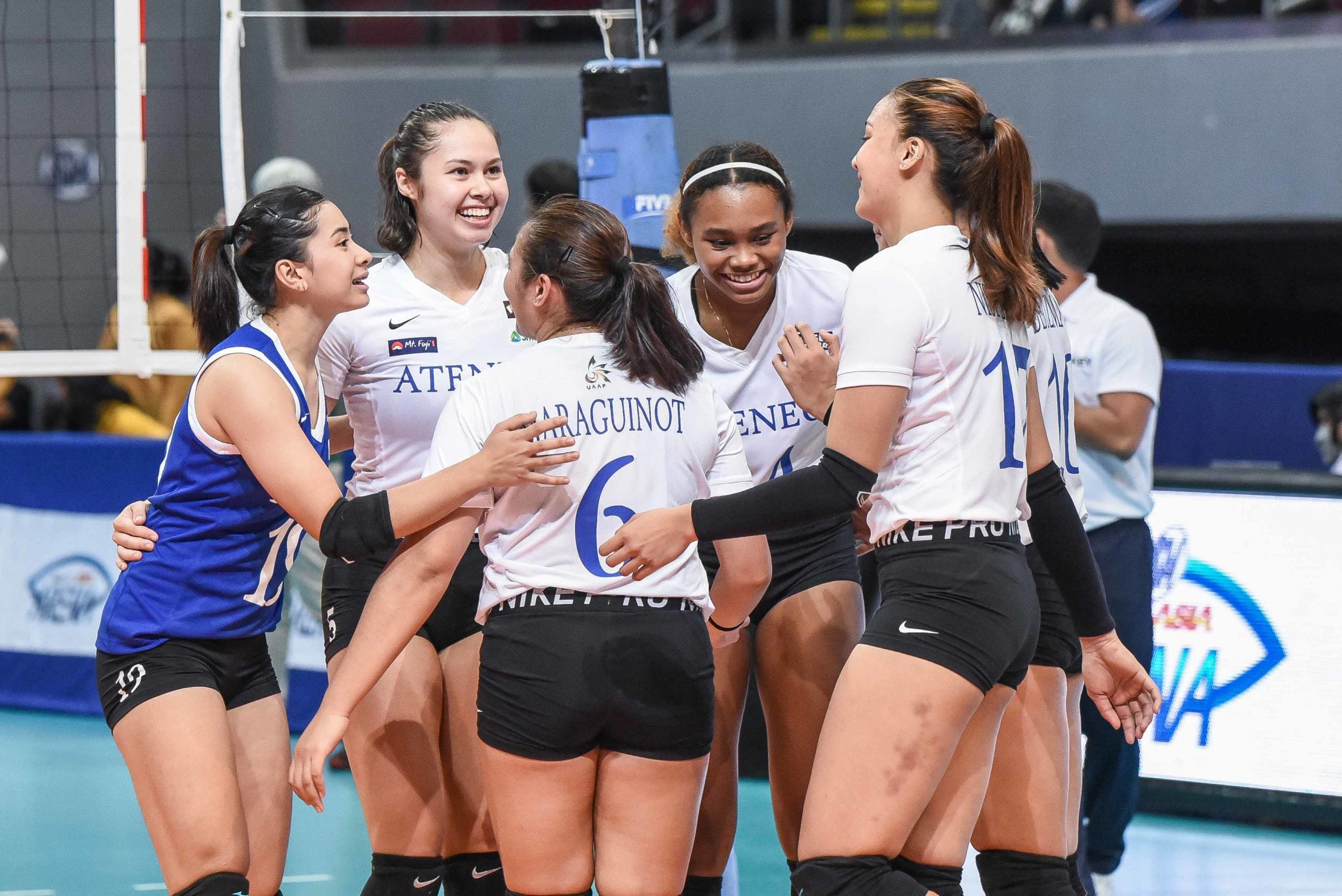 MANILA, Philippines — Ateneo vented its ire on Far Eastern University to end a three-game skid with a dominant 25-16, 25-14, 25-14 victory in the UAAP Season 84 women’s volleyball tournament on Thursday at Mall of Asia Arena.

After losing their first three games, the defending champions finally showed what  they are capable of as Faith Nisperos and Lyann De Guzman lifted the Blue Eagles to their first win of the season.

Ateneo coach Oliver Almadro, who steered the team’s with the UAAP Season 81 championship in 2019, was glad that his young players responded to his challenge to end their slump, as the Blue Eagles improved to a 1-3 record and tied  he Lady Tamaraws.

“We’re happy that we’re finally in the win column,” Almadro said shortly after the win. “Most of my players have no experience in the UAAP and even setting foot at MOA arena. I’m really happy with what my players did. They responded right away from my challenge yesterday and to challenge themselves also. We have to do good every game.”

Ateneo, which gave up 38 errors in its four-set loss to Adamson last Tuesday, limited its miscues to just 14 and dominated FEU in attacking, 39-26.

The Blue Eagles also displayed a better service-receive as they fired eight aces, including Nisperos’ game-winning serve, and didn’t allow the Lady Tams, who had 11 aces against University of the East two days ago, from scoring a single ace.