Rafael Nadal cruises past John Isner to advance in Rome 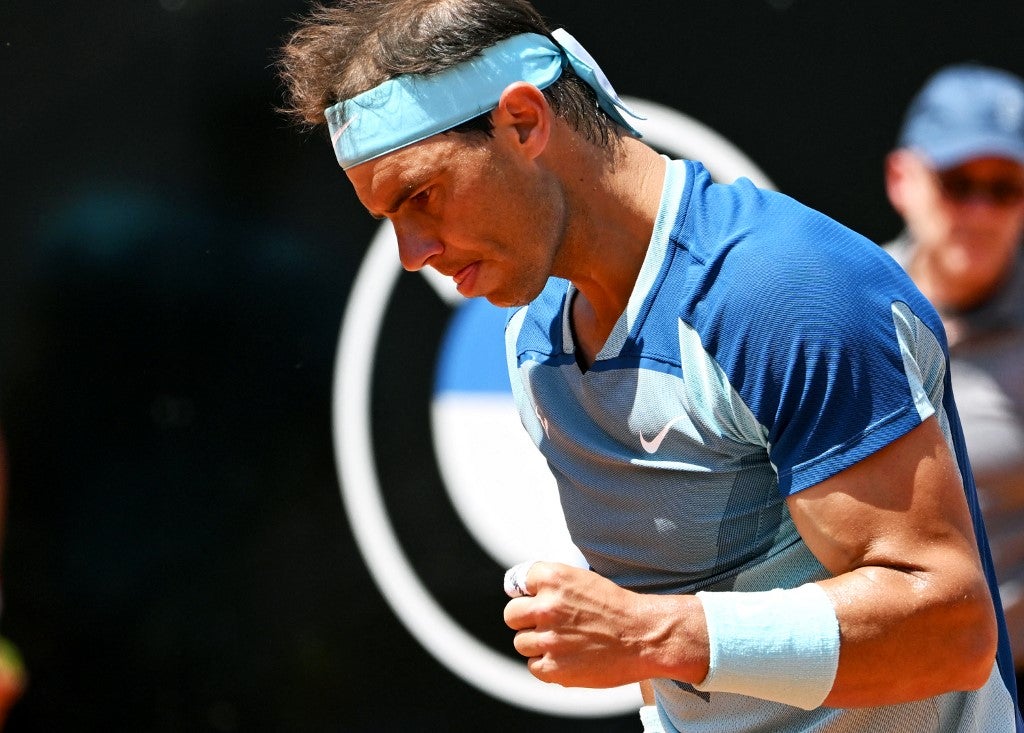 Spain’s Rafael Nadal celebrates a point against USA’s John Isner during their first round match at the ATP Rome Open tennis tournament on May 11, 2022 at Foro Italico in Rome. (Photo by Andreas SOLARO / AFP)

Rafael Nadal breezed past John Isner 6-3, 6-1 to move to the third round of the Internazionali BNL d’Italia on Wednesday.

The match turned at 3-3 in the first set when Isner couldn’t convert two break opportunities and then saw Nadal break his serve in the next game to take a 5-3 lead and serve out for the set.

“He had some chances on the return and had two break points. (He had) two not difficult balls so I was in his hands at that moment,” Nadal said. “I was lucky that he missed those shots and then I was able to break. Then the match changed, of course. With the first set on the board, and having the break in the first game of the second (set), everything changed.”

The master on clay courts, Nadal is continuing his preparation for the French Open, which begins May 22. He lost in the quarterfinals of the Mutua Madrid Open last week to eventual champion Carlos Alcaraz, a fellow Spaniard.

Nadal moved to 44-0 in contests following a defeat on clay. He made only three unforced errors.

“I focused on trying to keep going. I knew I had to do things better than I had done, and I need to practice to try and do it better and better,” he said.

Next up for Nadal is Canadian Denis Shapovalov, the 13th seed.

The No. 2 seed, Alexander Zverev of Germany, faced a test from qualifier Sebastian Baez of Argentina in a 7-6 (6), 6-3 win. Zverev hit 28 winners compared to 19 for Baez.

In the third round, he will face Alex de Minaur of Australia, who defeated Tommy Paul 7-5, 6-4.

In the third set, Dimitrov had a match point in each game as Tsitsipas served at 4-5 and 5-6, but Tsitsipas was able to fight off Dmitrov and hold serve.

Next up for Tsitsipas is Russian Karen Khachanov, a 6-4, 2-6, 6-1 winner over 15th seed Pablo Carreno Busta of Spain.

No. 10 seed Jannik Sinner defeated Fabio Fognini 6-2, 3-6, 6-3 in an all-Italian matchup. He will meet Filip Krajinovic of Serbia in the next round.