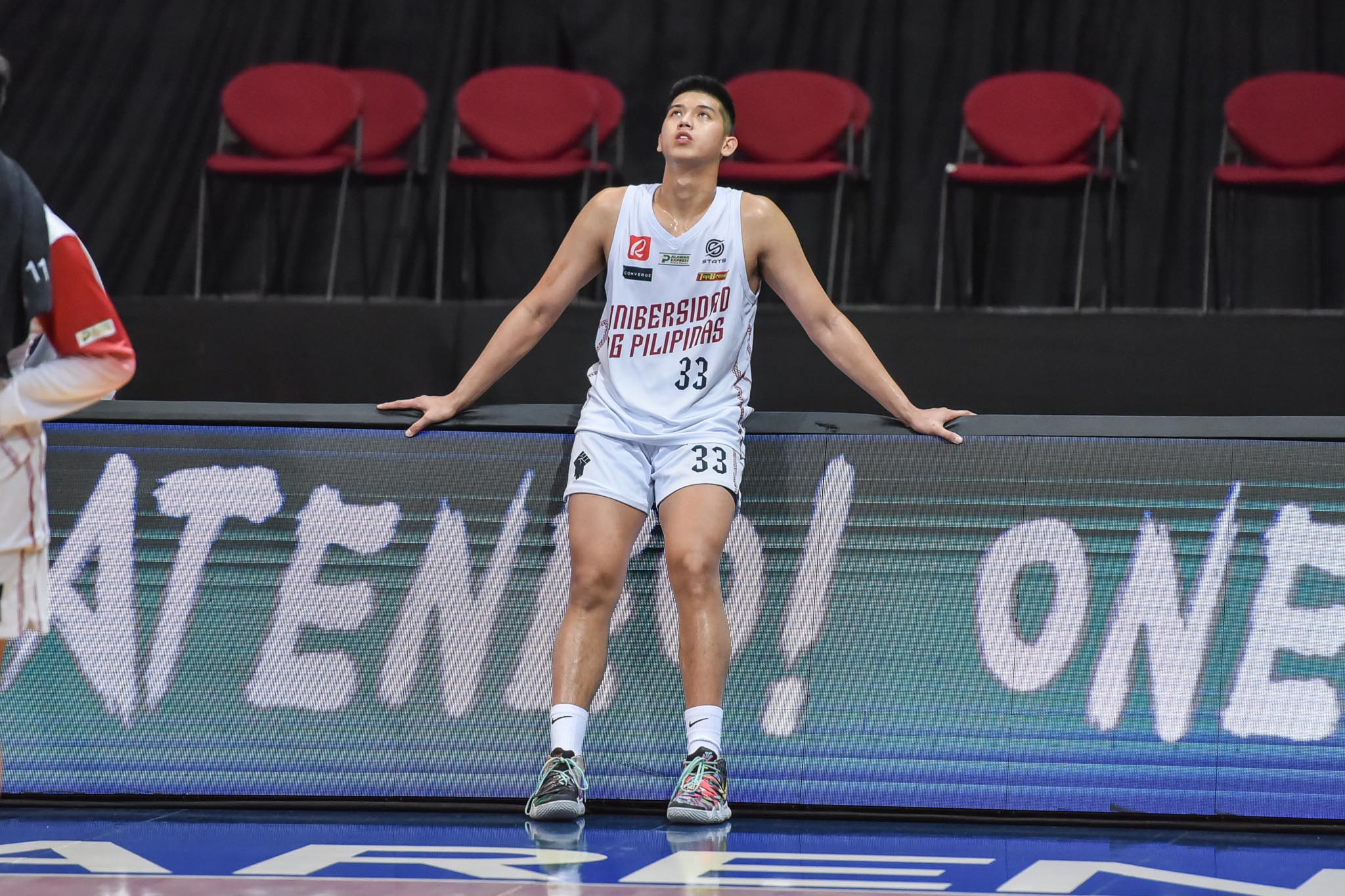 UP forward Carl Tamayo during Game 2 of the UAAP Season 84 men’s basketball finals against Ateneo at Mall of Asia Arena. UAAP PHOTO

MANILA, Philippines—Carl Tamayo is keeping the same winning mindset for University of the Philippines heading into the do-or-die Game 3 against Ateneo in the UAAP Season 84 men’s basketball finals.

After failing to complete a comeback after Ateneo equalized with a 69-66 victory in Game 2, the 21-year-old forward won’t cry over spilled milk, shifting his focus on Friday’s winner-take-all match— another shot at ending UP’s 36-year title drought.

“Next time we should be more composed. Mistakes are mistakes. Nobody wanted the result,” said Tamayo in Filipino after his 18-point and 12-rebound effort went for naught.

Tamayo, who was crowned as Rookie of the Year moments before Game 2, gave UP a taste of the first lead in the fourth quarter, 57-56, with a corner triple at the five-minute mark. However, Season MVP Ange Kouame restored order for the Blue Eagles before Ricci Rivero’s late blunder doused the Fighting Maroons’ last-gasp rally.

The 6-foot-7 big man is bringing all the learnings from the heartbreaking loss while also believing his teammates will bounce back in Game Three.

“It’s a learning for us as a team. We failed to control the tempo of the game after a slow start. Malick (Diouf) was in foul trouble. That’s what we have to fix for the next game. Everybody can make mistakes, I’m sure my teammates will bounce back from this loss,” he said.

With a final chance to deliver UP’s first UAAP basketball crown since 1986, Tamayo promised not to let this golden opportunity slip away.

“It will not be easy for us. But this is our last chance as a team. God gave us this challenge, so we will do well and apply all our learnings this season,” Tamayo said. “My mindset is still the same. I want to win.”