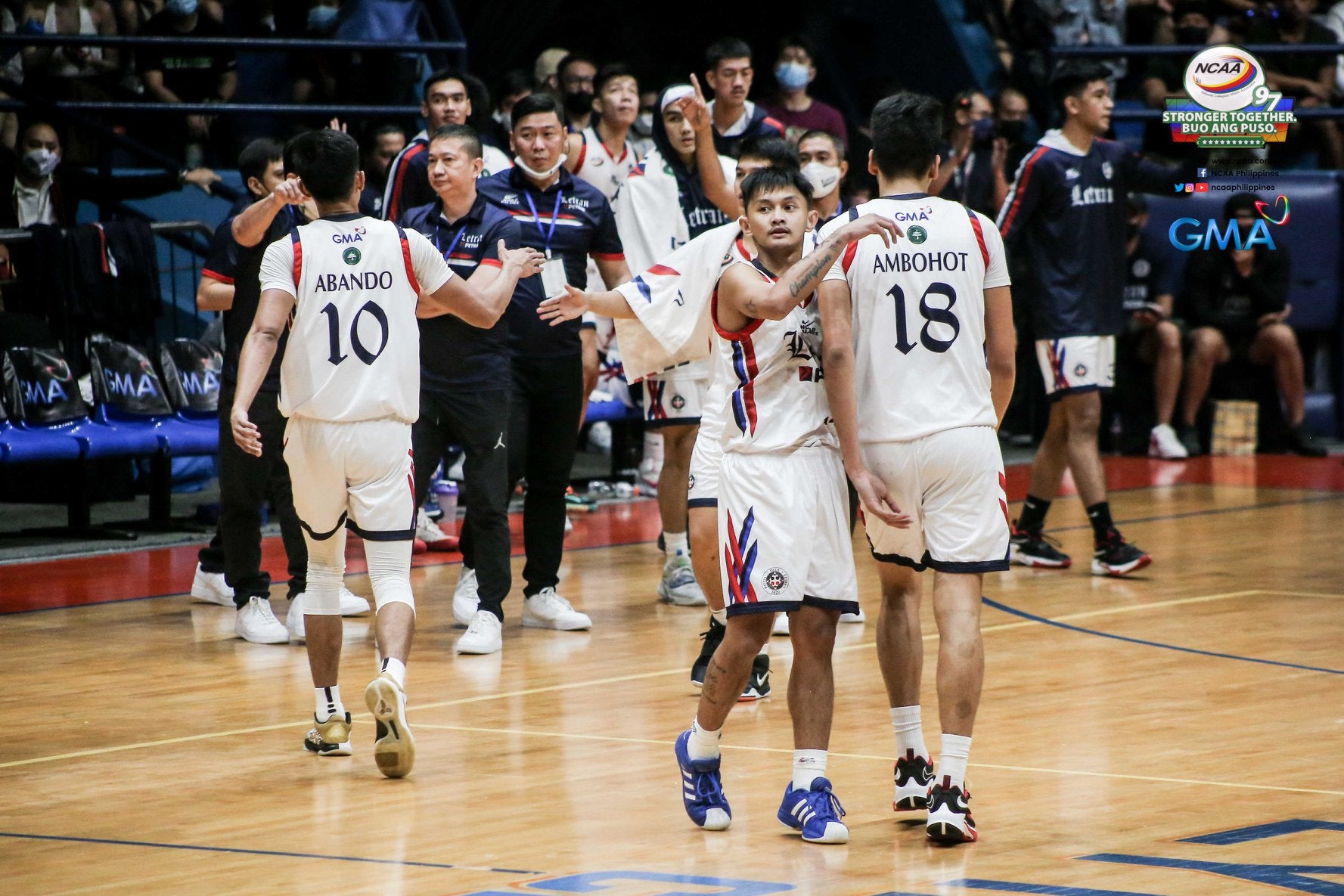 Letran Knights in Game 1 of the NCAA Finals. NCAA/GMA PHOTO

Jeo Ambohot is turning pro, and the 6-foot-8 center is halfway through gift-wrapping for himself a nice going away present.

A few hours after being selected in absentia as the third overall pick in the pro draft, Ambohot provided one of the biggest buckets in Game 1 of the NCAA Finals for Letran as the Knights held on to score a 68-63 victory over Mapua and move within another win of retaining the title at Filoil Flying V Centre on Sunday.

“This is the time that you really have to prove yourself as a player and Jeo showed his worth,’’ said Letran coach Bonnie Tan, as Ambohot turned what was a lackluster offensive game into a heroic one with a floater in the last 45 seconds that gave the Knights the lead for the first time.

“I knew I had to take the shot and luckily it went in,’’ said Ambohot in Filipino. He was selected by new Philippine Basketball Association team Converge in proceedings where a lot of the first round picks were absent.

The Knights, who humiliated the Cardinals by 20 points in their only elimination round clash, took the lead because of that Ambohot basket, ending what was a 39-minute chase of a Mapua side that played with a lot of brilliance.

But the Cards, who have a shot at NCAA glory for the first time in more than three decades, couldn’t complete the job.

The Cardinals were in control almost throughout, leading by as many as 10 at one point and seemed headed for an upset with a four-point advantage after back-to-back threes courtesy of Brian Lacap and Adrian Nocum.

But the Knights tightened the noose and held the Cardinals scoreless in the final three minutes, with Lacap missing an ill-advised three and Paolo Hernandez muffing two consecutive tries in a desperate effort.

“We showed the heart of a champion tonight. They were leading all the way but my players refused to give up,’’ said Tan.

Abando, though, will have time to recover with Game 2, the potential clincher for Letran, scheduled on Sunday also at 3 p.m.