Gilas starts hunt for SEA Games gold that counts most 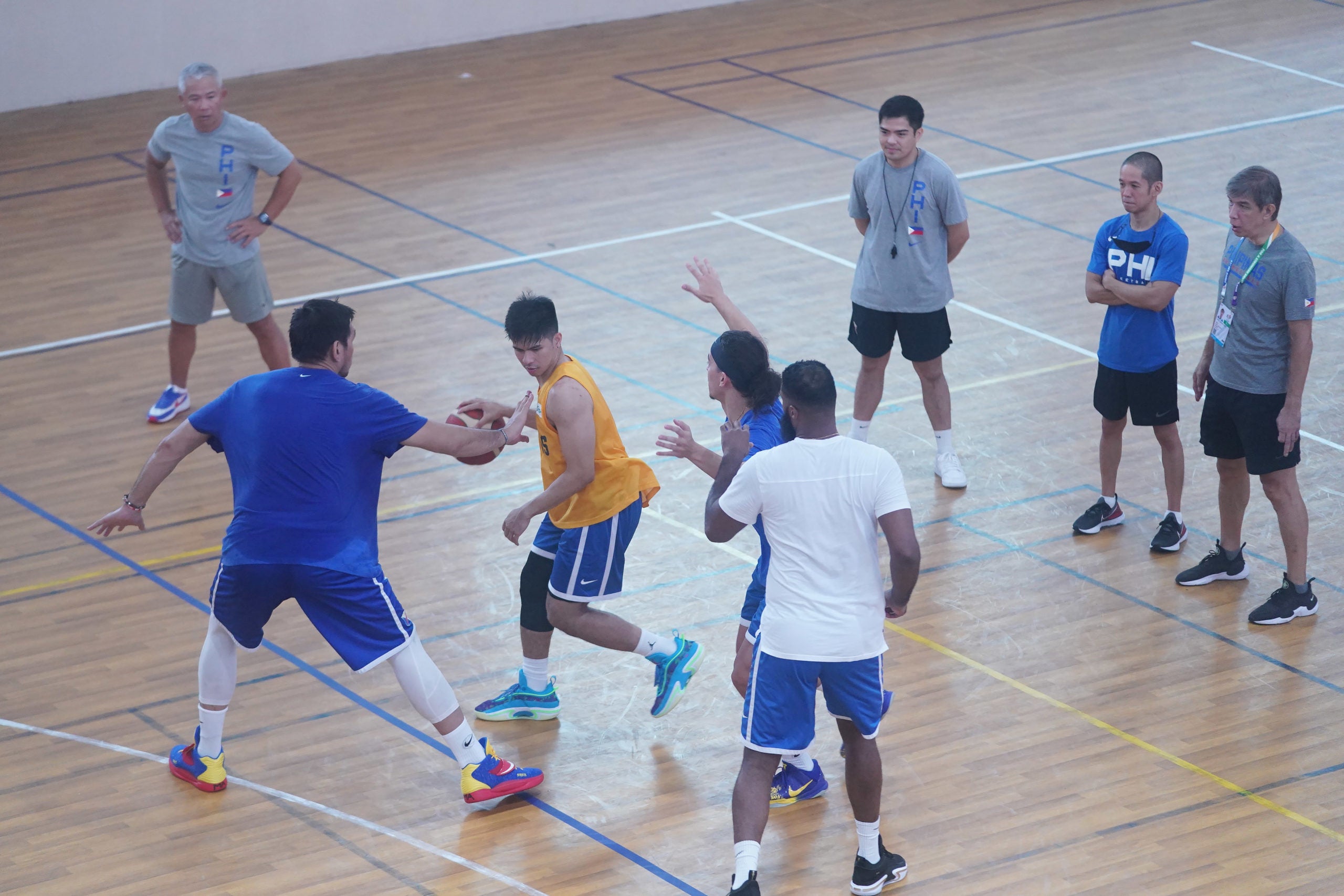 HANOI—Gilas Pilipinas opens up on its quest for the gold medal that matters most back home, as the National Five slugs it out with dangerous Thailand in the men’s basketball competition of the 31st Southeast Asian Games.

A squad that’s armed to the teeth takes the Thanh Tri Gymnasium floor at 4 p.m. (5 p.m. in Manila) against an enemy that coach Chot Reyes sees has improved leaps and bounds and definitely cannot be taken lightly.

“The kind of opposition that we have is serious,” said Reyes, who has coached a lot of Gilas squads but has never won a SEA Games gold medal. “They are a serious threat. We saw what happened in the 3X3. Those guys are the guys. We know their level [of play] and that’s why it’s very important that we are able to beat that challenge.”

No country other than Malaysia has beaten the Philippines in the biennial meet, and like the others, Thailand has never come close to doing so. The Malaysians pulled out the feat twice, in 1979 and then 10 years later.

Moses Morgan, Frederick Lish, Antonio Price Soonthornchote and Chanatip Jakrawan, the squad that captured the 3X3 title on Saturday, will banner the regular cage team of the Thais.

And while no surprises are expected in the men’s full-court division, the women’s team hopes to retain the crown it won for the first time in the 2019 Games back home.

The Gilas Pilipinas Women takes on Indonesia at 10 a.m. (11 a.m. Manila time) flashing a lineup made up of six newcomers. It includes Gabi Bade and Stefanie Berberabe who are both based in the United States.

Reyes has a PBA all-star team at his disposal. Led by six-time Most Valuable Player June Mar Fajardo, gunslingers Matthew Wright and RR Pogoy, the Filipinos are, on paper, unbeatable here.

But Reyes wants to taper expectations as pressure could play a huge part.

“This (SEA Games) offers a different kind of pressure because you know that we can’t take a loss in the sport we love most,” Reyes had said in a previous interview. “This won’t be easy by any means.”

The Filipinos are not taking chances, enlisting the services of Mo Tautuaa as a naturalized player here.

Reyes is also using this event to see, more or less, the potential of his players to represent the country in the Fiba (International Basketball Federation) World Cup slightly over a year from now.