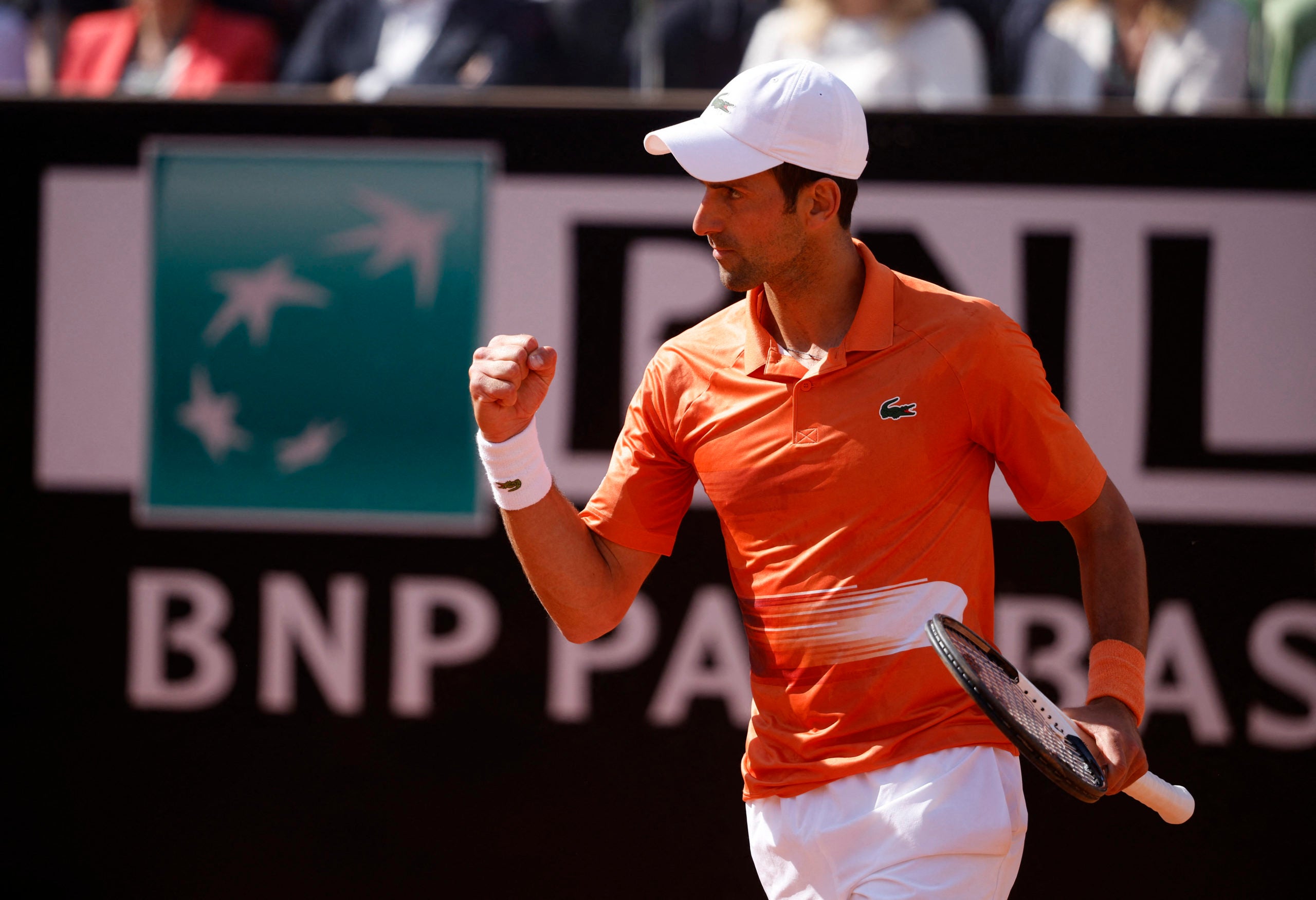 Novak Djokovic was ready to skip Grand Slams rather than take a COVID-19 vaccine following the Australian Open fiasco, but the world number one has been building up steam in a stop-start season to peak in time for his French Open title defense.

The 20-time Grand Slam champion was unable to defend his Australian Open title in January after being deported from the country, having initially been admitted to the tournament despite not taking the vaccine.

Djokovic began his season late in Dubai and was knocked off top spot following a shock loss to qualifier Jiri Vesely in the quarter-finals before pulling out of Indian Wells and Miami as he was unable to gain entry into the United States.

The Serbian risked being frozen out of Roland Garros as well due to his vaccine stance but earned a reprieve when France lifted restrictions in almost all public spaces in March.

The claycourt swing in April produced mixed results as the 34-year-old was stunned by Alejandro Davidovich Fokina early in Monte Carlo and Andrey Rublev in the Belgrade final, before he fell to red-hot Carlos Alcaraz in the Madrid semis this month.

But after capturing his first title in over six months without dropping a set at the Italian Open last week, Djokovic showed he was one of the top contenders ahead of his bid for a 21st Grand Slam crown to move level with Rafa Nadal.

“To some extent it’s a relief because after everything that happened at the beginning of the year, it was important to win a big title,” said Djokovic, who won his sixth crown in Rome and sealed his 1,000th tour-level win along the way.

“Especially with Grand Slams coming up, where I want to play my best and be at the level of confidence … to have a chance to win the title.”

Djokovic reiterated that he would use his hardship in a tumultuous year as fuel for the remainder of the season after he dismantled Stefanos Tsitsipas 6-0 7-6(5) in the Rome final.

“Anything I was really looking for in Rome I got,” said Djokovic, who also beat world number four Tsitsipas in last year’s French Open title clash.

“It’s the perfect preparation and lead-up to Roland Garros. I’m going to Paris with confidence and good feelings about my chances. With the rankings and the way I’ve been playing in the last few weeks, I’d rate myself as one of the favorites.”

Nadal’s foot injury before the year’s second Grand Slam may reinforce Djokovic’s claims, but Spanish 19-year-old Alcaraz — who beat both players en route to the Madrid title and looks primed for major success — represents a hurdle.

“I don’t obviously spend too much time thinking who’s going to win it or who might have the best chance,” Djokovic said. “I always think about myself.

“I go there with the highest ambitions… Obviously the draw is not something you can affect, but it’s going to determine my trajectory to the later stages.

“Best of five sets, you play every second day. It’s a Grand Slam. It’s different … you have to approach it differently.”