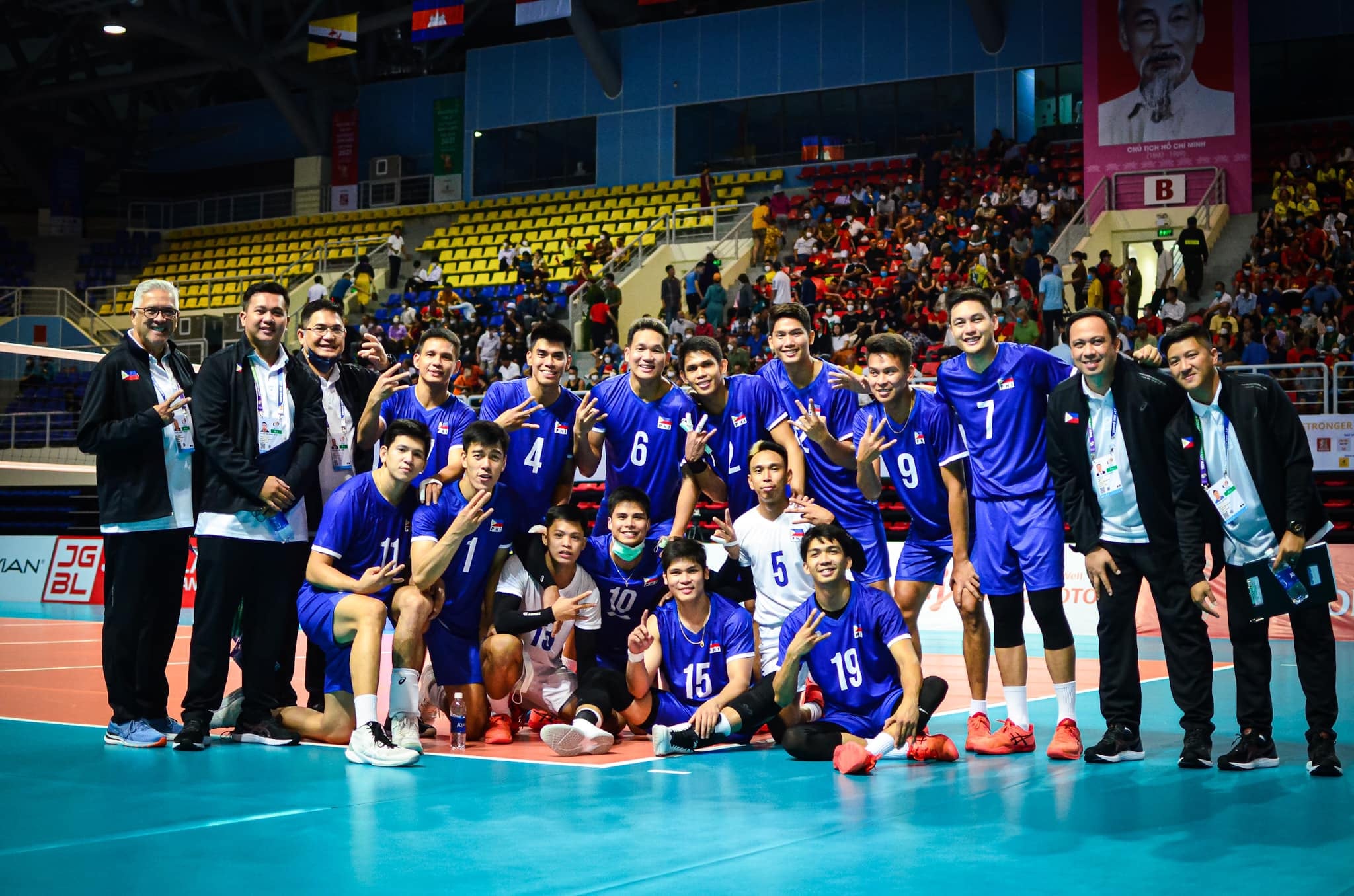 The Philippine men’s volleyball team after its first win in the 31st SEA Games. PNVF PHOTO

The Filipino spikers squandered a 2-1 match advantage, failing to close out the game in the fourth set and blowing a 5-2 start in the deciding fifth set as the Burmese reached match point, 14-13.

But Rex Intal refused to give up their final biennial meet game, nailing a block to tie the set, 14-all.

Bryan Bagunas delivered two consecutive blocks to lift the Philippines to a winning note in the competition, where it failed to match or surpass its historic silver medal finish in the 2019 edition.

Jau Umandal also drilled the timely hits in the fifth set, only to be subbed out by coach Dante Alinsunurin for John Vic De Guzman after giving his team a 12-11 edge in the fifth set.

Joshua Retamar dished out the plays for the Filipino Spikers, led by Bagunas and Umandal. JP Bugaoan also provided a solid presence in the middle, while Marck Espejo was also instrumental but sat out in the latter part of the game.

The Philippines ended its men’s volleyball stint with back-to-back wins including a dominant three-set win over Malaysia on Thursday.

The men’s national team had a winless pool stage stint losing to Cambodia and Thailand, bombing out of medal contention.