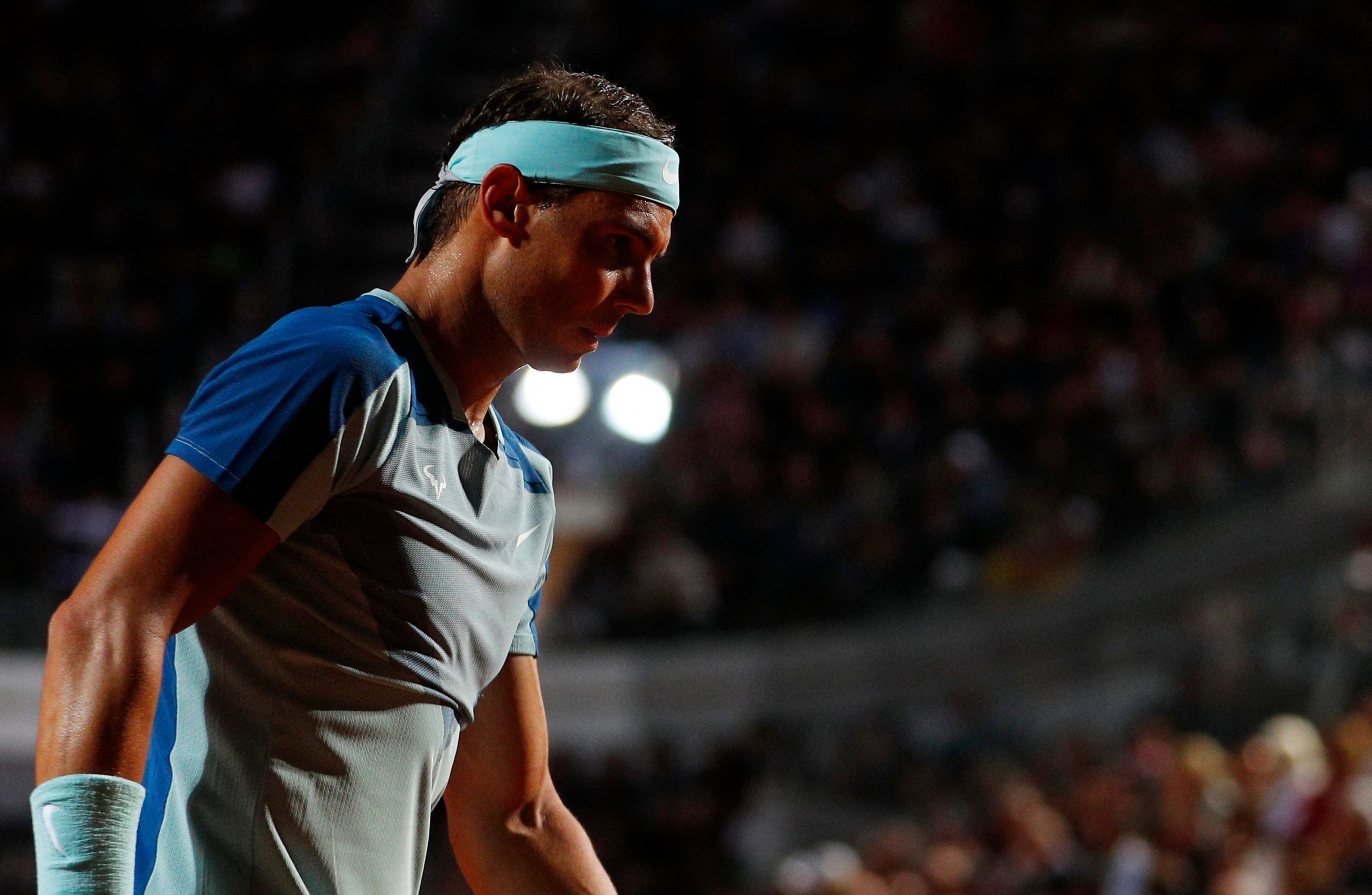 PARIS— Rafael Nadal has played down his chances of winning a record-extending 14th French Open title but said he would not be in Paris if he thought it was not possible.

The 35-year-old says he has never felt less prepared for his favorite tournament after being hampered by a rib injury and a chronic foot problem since winning the Australian Open.

Nadal withdrew from the Barcelona Open last month and lost in the third round of the Rome Masters against Denis Shapovalov.

Asked about his fitness at a news conference on Friday the record 21-time Grand Slam champion said: “It is something that I live every day with, so is nothing new for me and is not a big surprise. I am here just to play tennis and to try to make the best result possible here in Roland Garros.

“And if I didn’t believe that this thing can happen, probably I would not be here.”

His best result during the European claycourt season was a quarter-final run in Madrid where he lost to Spanish teenage sensation Carlos Alcaraz in three sets.

Nadal, however, has made it to Paris and he practiced with fellow Mallorcan Jaume Munar on Wednesday evening.

“I considered myself during all my tennis career one of the candidates here, because I achieve tournaments before here. Now on Friday, before the tournament starts, I don’t think I am the favorite at all. But you never know what can happen,” he said.

Nadal can only hope that his foot injury will relent for a couple of weeks, especially as his path puts him on a quarter-final collision course with world number one Novak Djokovic.

“I think my level of tennis on clay has been high during a long period of time in my tennis career, without a doubt. That’s what the numbers say,” the fifth seed said.

“Unfortunately here I didn’t have the preparation that I would like, and unfortunately that rib fracture stopped a little bit the great momentum I was having since the season start.

“But in sport, things can change quick, and the only thing that I can do is try to be ready if that change happens.

“Today looks difficult and looks that there are players that are in better shape than me, without a doubt. But you never know what can happen in the next couple of days.”

Nadal will start his campaign against Australian Jordan Thompson.