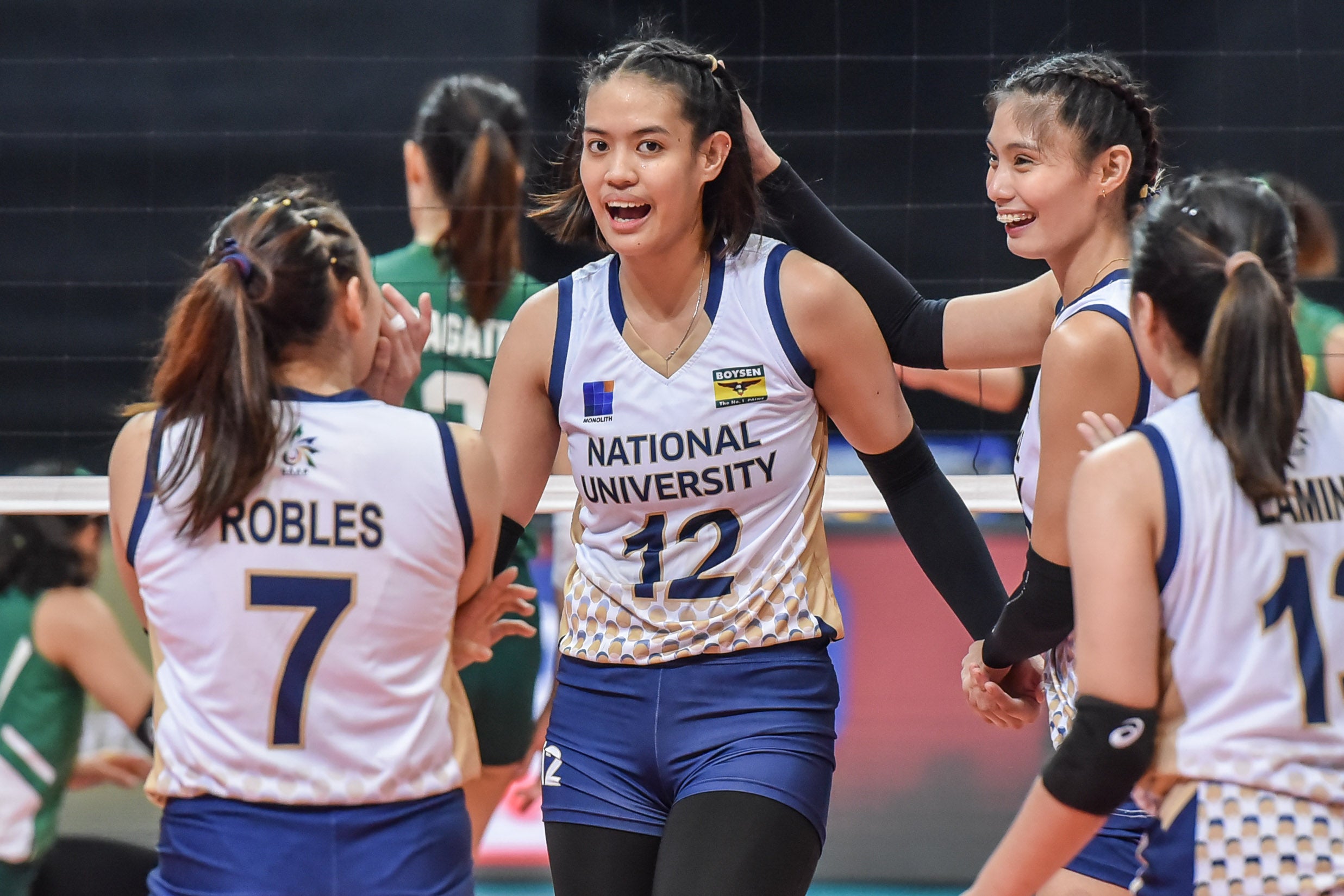 MANILA, Philippines–National University’s winning run spilled over to the second round, destroying the rebuilding former champion La Salle, 25-21, 25-20, 25-17, Thursday night to remain the team to beat in the UAAP Season 84 women’s volleyball at Mall of Asia Arena.

With a host of players who have ripened in recent years, the Lady Bulldogs ran roughshod on the Lady Spikers to score their eighth victory in as many games.

They repeated over the Lady Spikers who saw their three-game winning run end and fell to 5-3.

By the second frame, the Lady Bulldogs allowed the Lady Spikers to take a 20-18 lead before scoring the next seven points to dramatize their superiority over the squad that used to lord it over the league for years.

UAAP volleyball: NU still with ‘so much to improve on’ despite spotless start’