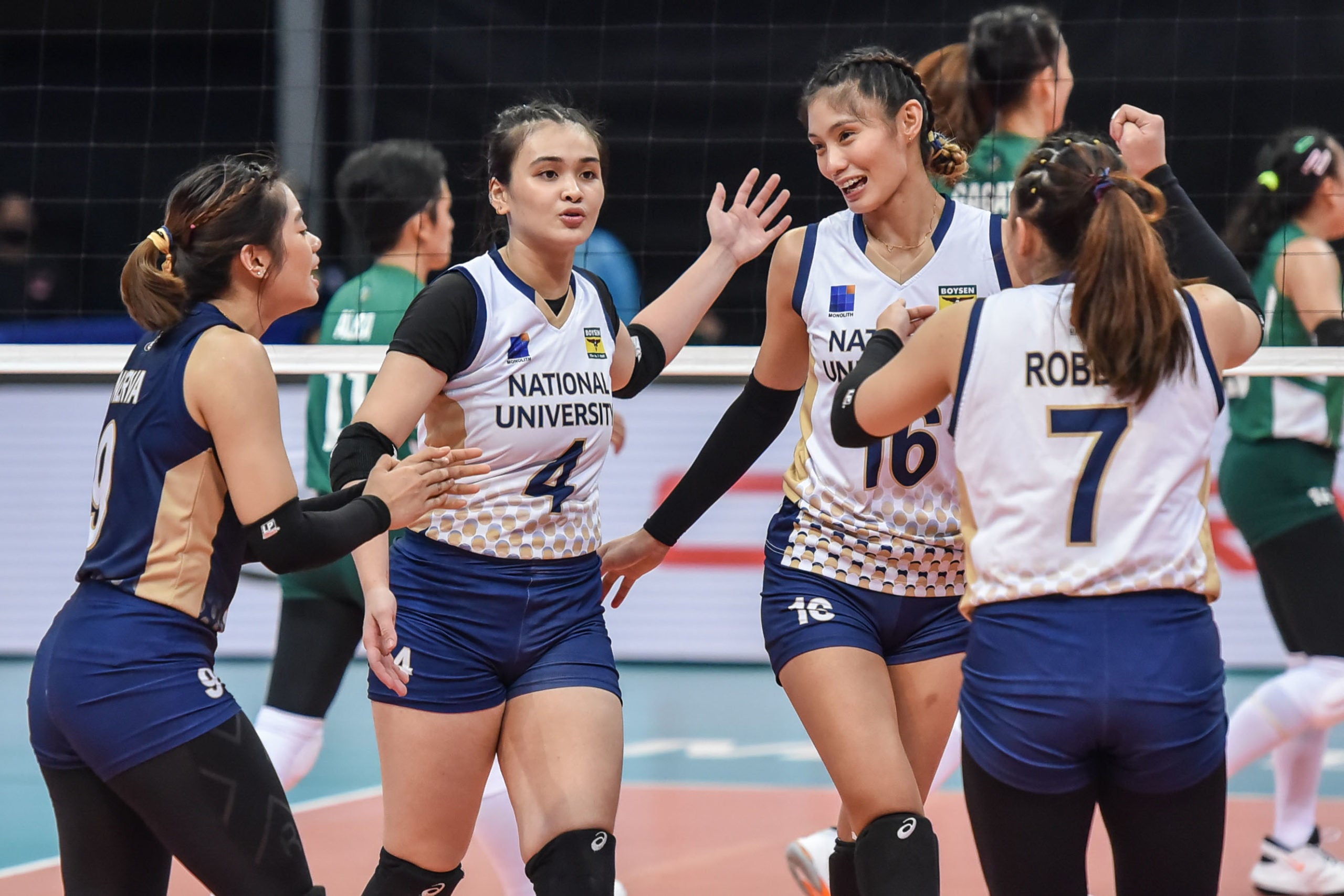 A major upheaval has been unfolding in the UAAP women’s volleyball tournament. There’s a brand new superpower rising.

National University (NU), lurking in the fringes for ages, is slowly milking the rewards of a low-key, long-term rebuild and has upended the traditional heavyweight on its way to an undefeated record so far in Season 84.

But as cozy as his team’s position is currently in, NU coach Karl Dimaculangan warned his wards that things are only gonna get tougher.

“Like what I told them in the first round, we can’t be complacent,” said Dimaculangan in Filipino. “Now in the second round, it’s another challenge for us. We expect things to be more difficult. And everybody has to work hard to get the win.”

It didn’t quite look that way in NU’s opening game of the tournament’s second round Thursday night.

Against one of the few teams that stand a chance against the Lady Bulldogs talent-wise, NU overwhelmed La Salle with an uncanny mix of sheer firepower and finesse on the way to a 25-21, 25-20, 25-17 victory.

“I’m happy that we showed what we worked on in training,” said Princess Robles, a high-powered outside hitter who unleashed 17 points to quiet La Salle’s residue swag from its championship years.

Michaela Belen and Alyssa Solomon helped her out with 14 and 11 points, respectively, forming the lethal triumvirate for the the squad whose last UAAP championships were in the 1950s.

“There is nothing special [about NU’s game],” the soft-spoken Dimaculangan said. “All I keep telling them is not to hurry and just play their game. We don’t really focus on the outcome but on the things that we learned every game. And these players they listen and work very well.”

The result, though, is an eight-game winning start in the season, one underpinned not by highly-coveted recruits but by a program that began with NU’s championship-rich high school squad. Robles, Belen and Solomon lead a core elevated from the school’s girls team.

And as they slowly evolve into a potent force in the senior level, so does Dimaculangan, who is battling some of the best tacticians in the country today.

“I’m still a new coach. I’m still a student of the game,” he said. “I still have a lot to learn from other coaches and in the coming games.”

Next up for the Lady Bulldogs are the defending champions Ateneo Blue Eagles in a clash slated at 4 p.m. on Saturday at Mall of Asia Arena. Making that battle even interesting is that Ateneo is led by another product of NU’s vaunted Nazareth high school program, Faith Nisperos.

But as La Salle found out, payback isn’t easy to hunt for against NU.

Meanwhile, solo second placer University of Santo Tomas goes for a fourth straight win when it faces first round tormentor University of the Philippines at 12:30 p.m.

Adamson takes on winless University of the East at 10 a.m., while La Salle will try to bounce back as it goes up against Far Eastern University in the nightcap at 6:30 p.m.