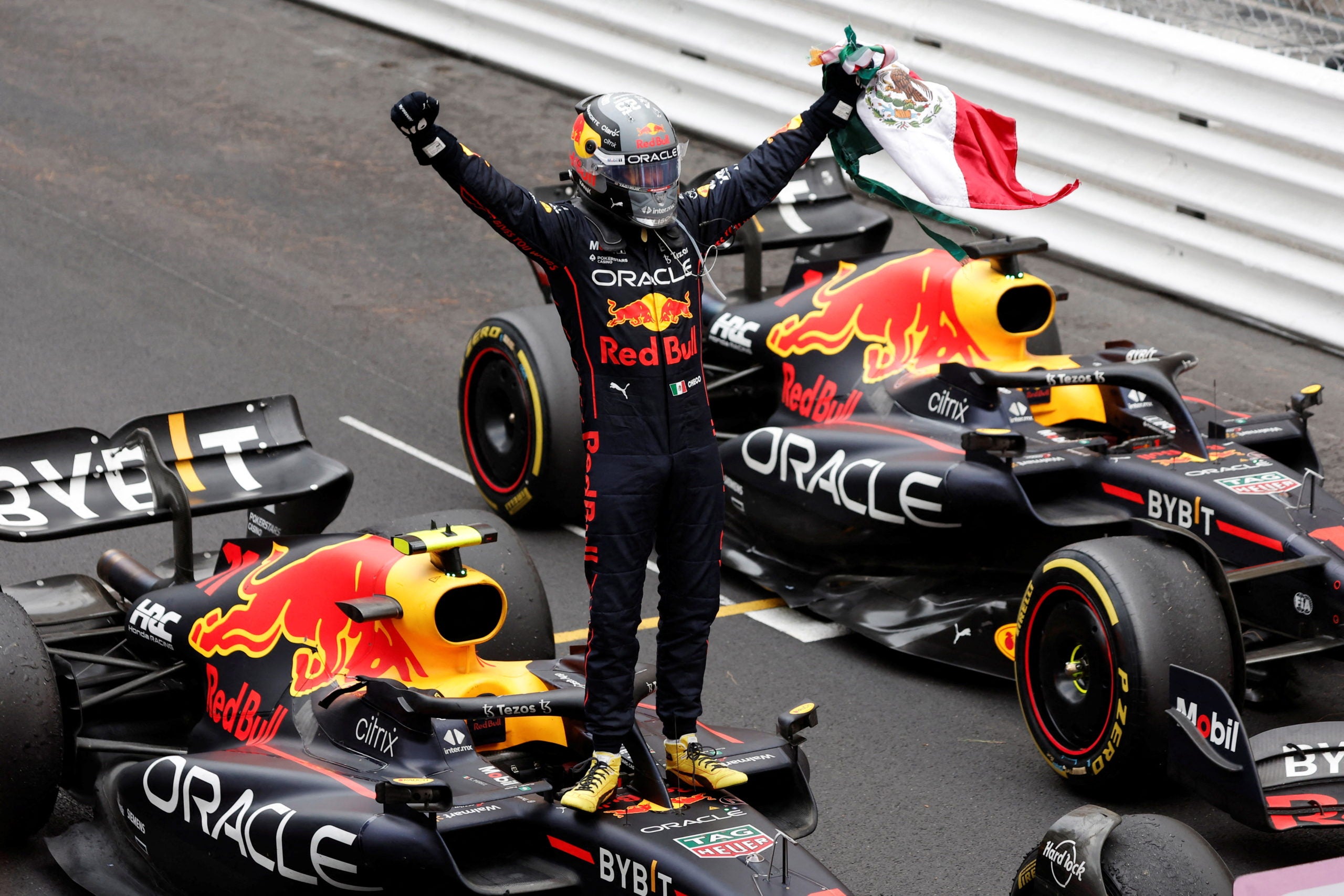 MONACO – Sergio Perez celebrated a dream Monaco Grand Prix win on Sunday and made history as Mexico’s all-time most successful Formula One driver.

The 32-year-old now has three career victories, one more than the late Pedro Rodriguez managed in the 1960s and 70s, but the latest success was his first in Europe and at one of the sport’s historic circuits.

Perez’s previous two wins were in Azerbaijan, with Red Bull last year, and in Bahrain in 2020 with Aston Martin’s predecessors Racing Point.

The Mexican was also the first Mexican to conquer the streets of Monaco, one of the races every driver yearns to win, and first Latin American driver since Colombian Juan Pablo Montoya in 2003.

“Winning Monaco is a dream come true as a driver,” he said.

“It’s just incredible, such a big day for myself. I was driving with Pedro Rodriguez’s helmet today and I’m sure that up there he will be super proud of what we have achieved in this sport.”

Mexico has only ever had six Formula One drivers and Perez and Rodriguez are the sole winners.

Perez started third on the grid, behind the Ferraris of Charles Leclerc and Carlos Sainz, but a strategic masterstroke on the pitstops and a bit of “tire whispering” made the difference.

Nothing can ever be taken for granted in Monaco, where going a few millimeters too wide can spell disaster on the metal-fenced track, but Perez made no mistakes as he was hustled through the closing laps by Sainz.

He had crashed in Saturday qualifying at the end of the session, but Formula One fortunes can change quickly.

“I’m a big fan of my sport,” said Perez. “So, certainly knowing what it means to win a race like this. I mean, they’re all very important, but certainly this is very special. And it goes very, very high in the list for my country.

“I’m the only Mexican, or even Latin American, driver on the grid,” he added.

“So, it just shows how difficult it is for us… to make it into the sport and to have a successful career in this sport. It is quite hard, but I have to say I’m extremely proud of it.”