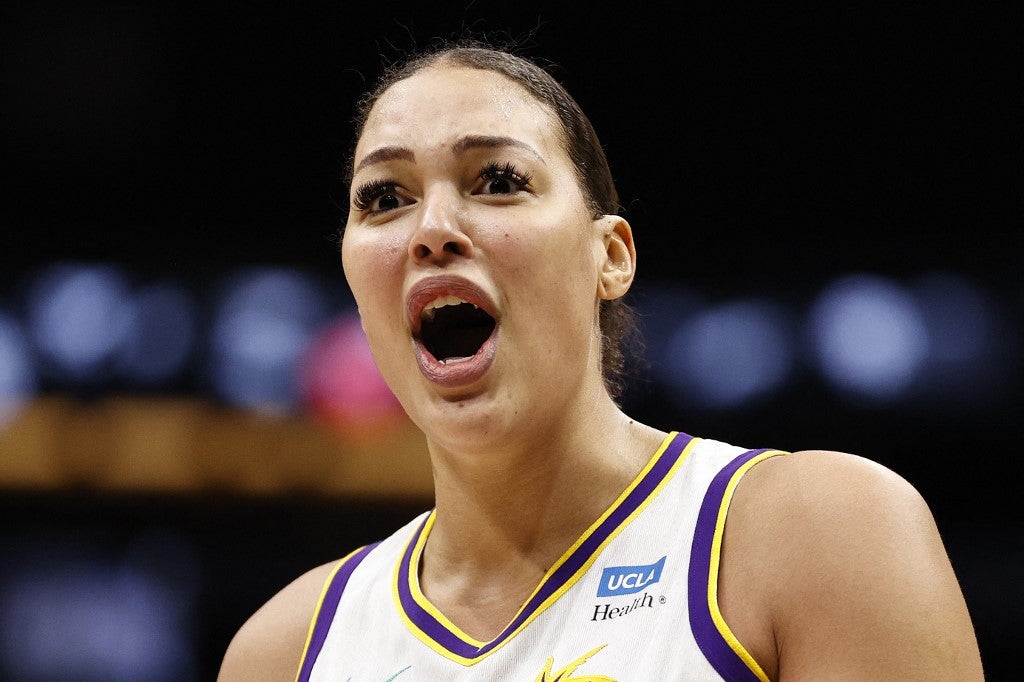 Liz Cambage #1 of the Los Angeles Sparks reacts against the Seattle Storm during the first half at Climate Pledge Arena on May 20, 2022 in Seattle, Washington. Steph Chambers/Getty Images/AFP

The 30-year-old stalwart of the Australian women’s Olympic basketball team, the Opals, pulled out of the Games shortly beforehand, citing a struggle with her mental health fuelled by the thought of “terrifying” isolation in the COVID-19 “bubble”.

But Australian media at the weekend published footage of what it said was a bad-tempered, closed-door practice match in the United States and said that it was this “five minutes of Las Vegas mayhem that ended Liz Cambage’s Opals career”.

Citing “several Australian and three Nigerian players”, News Corp Australia alleged that, after a physical confrontation, Cambage told her opponents to “go back to your third world country” and called them “monkeys”.

London-born Cambage, whose father is Nigerian, issued a statement on Instagram denying the accusation.

“I am very disappointed and hurt by the events and accusations that have unfolded in the Australian media. The recount of what took place is inaccurate and misleading,” said Cambage, who plays for Los Angeles Sparks in the WNBA.

“I did not use the racial slur towards the Nigerian team that has been circulating.”

Cambage, who won bronze with the Opals at the 2012 London Olympics, had briefly also threatened to boycott the Tokyo Games over a lack of racial diversity in promotional photos published by the Australian Olympic Committee.

The committee said future photoshoots would reflect its diversity of athletes.

Cambage did not feature at the 2020 Tokyo Olympics, which were delayed by a year because of the pandemic, as the Opals went out in the quarter-finals.

In December, Cambage said that she had “zero” interest in playing for Australia at this September’s Women’s Basketball World Cup on home soil.