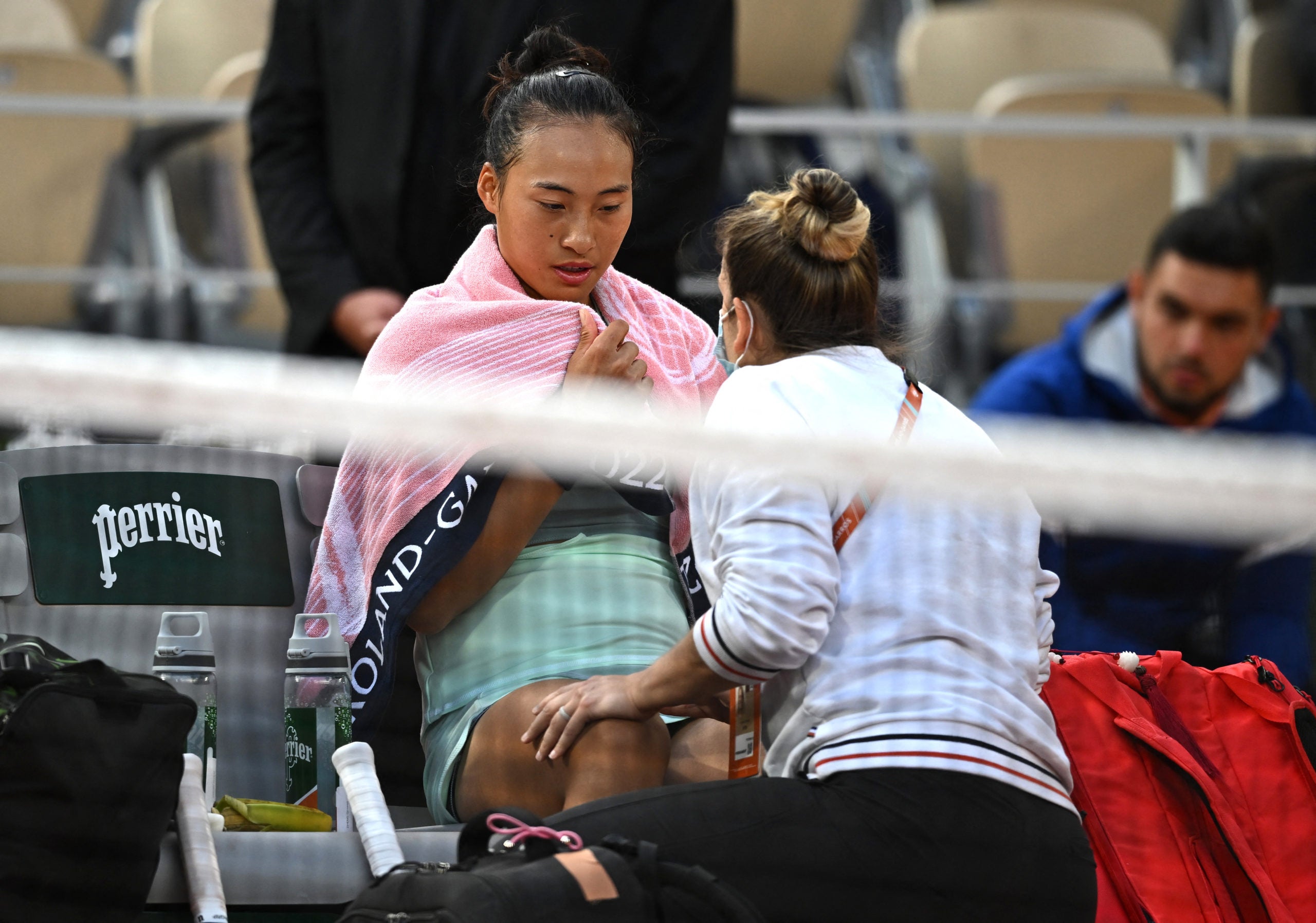 Chinese teenager Zheng Qinwen suffered from menstrual cramps as she lost to Poland’s Iga Swiatek in the French Open fourth round on Monday after taking a set off the world number one.

Zheng, 19, looked on track for a major upset when she claimed the opener in a tiebreak before Swiatek took control to win 6-7(5) 6-0 6-2 for her 32nd straight victory.

Zheng said she had no pain during the opening set but took a medical time out at 3-0 down in the second, having her back massaged on court before going to the locker room and returning with her right thigh strapped.

📽️ It was a real battle for No.1 @iga_swiatek against Zheng Qinwen in their Round of 16 match:#RolandGarros pic.twitter.com/1FWNGZS5Im

“Yeah, the leg was also tough. That compared to the stomach was easy… I cannot play my tennis, (my) stomach was too painful,” Zheng, ranked 74 in the world, told reporters.

“It’s just girls things, you know. The first day is always so tough and then I have to do sport and I always have so much pain in the first day. And I couldn’t go against my nature.

Zheng, who made her Grand Slam debut at the Australian Open this year, said she had tried her best to compete but was happy she had progressed to the second week.

“If I don’t talk about today, I’m happy with my performance (on) this run. And to play against the number one in the world, I felt I really enjoyed (it) on the court,” she added.

“If I don’t have my stomach (pain) I think I could enjoy more, like to run better and to hit harder, to give more effort on court. It’s a pity that I couldn’t give what I want to give today.

“I just want (it so that) next time I play against her, I (am in) perfect shape.”