MANILA, Philippines — Leila Cruz and Fifi Sharma offered their vengeful win over University of Santo Tomas to their La Salle seniors who were eliminated in the Final Four three years ago.

Cruz unleashed her best game of the season so far and Sharma nailed the finishing touches as La Salle took down UST, 25-23, 25-17, 22-25, 25-8, for the solo second seed of the UAAP Season 84 women’s volleyball tournament on Thursday at Mall of Asia Arena.

It was the Lady Spikers’ first win over the Tigresses since 2019, having lost three-straight games from the Season 81 Final Four and a five-set meltdown this year.

“I’m very happy because I helped my team in bouncing back against UST,” said Cruz after dropping a game-high 15 points off 13 attacks and two blocks.
“This will give us confidence, help us in keeping our momentum, and strengthen our jelling as a team.”

For Sharma, their motivation is to avenge their seniors Des Cheng, Tin Tiamzon, Aduke Ogunsanya, and Michelle Cobb, who missed the finals in their final playing season in 2019 after getting eliminated by the Sisi Rondina-led UST in the Final Four.

“I feel really happy because everyone contributed. I think this is the first time that we had five players scoring in double digits. We also avenge our seniors since that Season 81 loss,” said the middle blocker, who had 13 points. 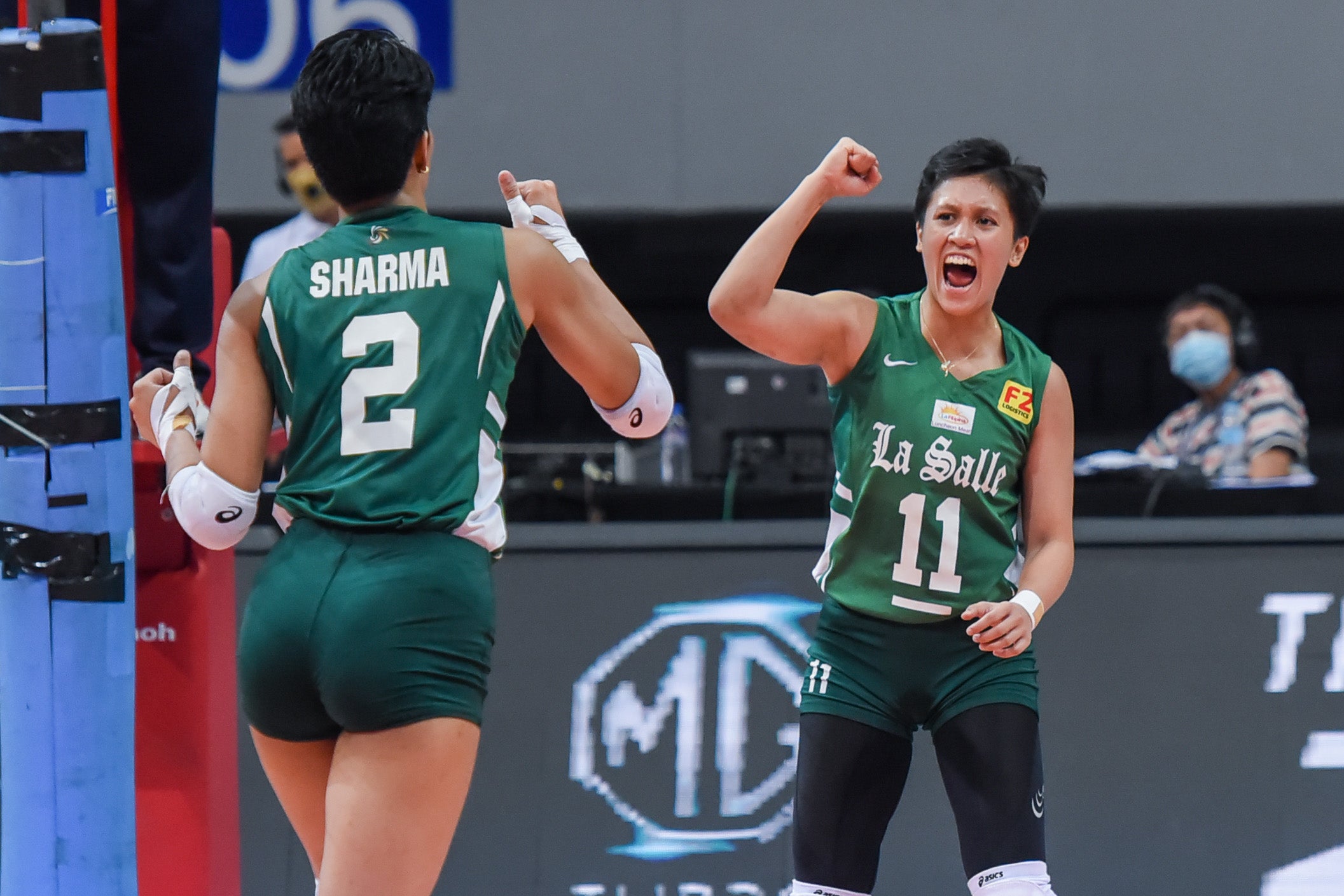 “Another good showing for Mars. This is the first time this season that she balanced the distribution to her teammates, she maximized her spikers, and she made the right timing to the players, who were heating up. Hopefully, we can see more of that from Mars,” he said in Filipino.

Bocboc, Ramil De Jesus’ assistant coach, was happy that this batch of Lady Spikers finally got over the hump against the Laure-led Tigresses to claim the solo second place with an 8-3 record.

“This is important for the players. Because this batch of Lady Spikers had the chance to bounce back from the loss of our previous players (in 2019),” Bocboc said. “They played well, and hopefully, for the rest of the season we will be able to hold this kind of level and their character being fearless and refusing to lose every game.”

La Salle, which won three straight games, takes on University of the East on Saturday and will wrap the eliminations against Ateneo on Tuesday and Adamson on Thursday next week.