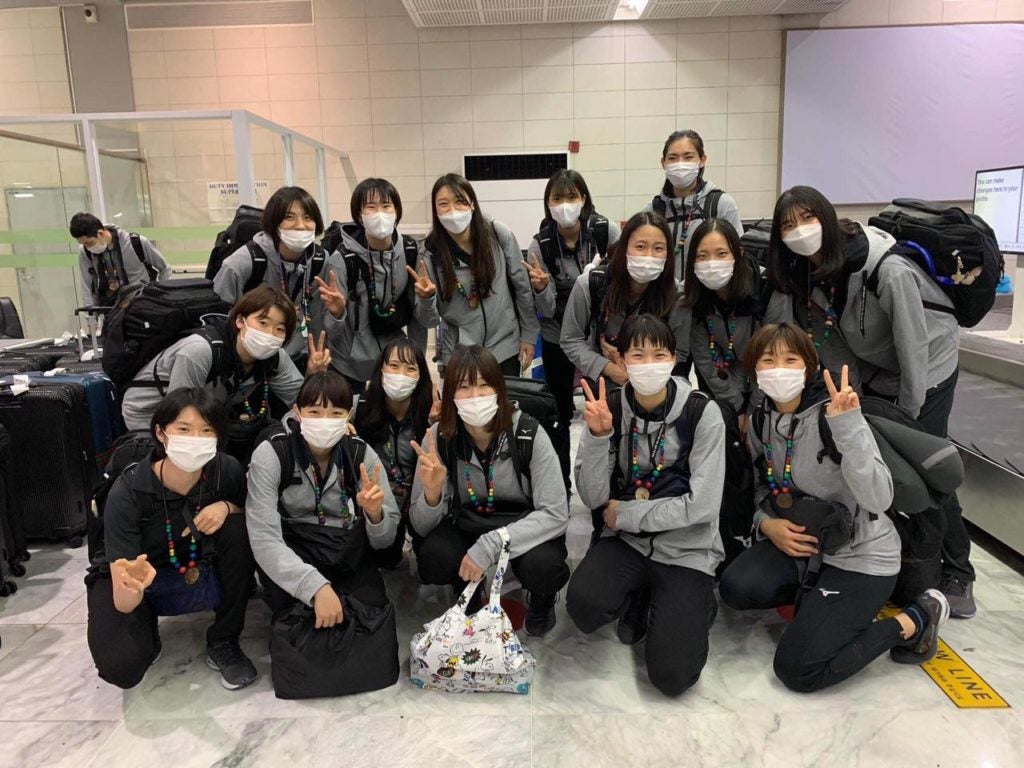 MANILA, Philippines — Japan and Thailand have landed in the country and started their preparation for Week 2 of the Volleyball Nations League (VNL) from June 14 to 19 at Smart Araneta Coliseum.

Reigning Southeast Asian Games champion Thailand was the first team to arrive on Tuesday afternoon, while Asian powerhouse Japan planed in at dawn Wednesday ahead of the Quezon City leg of the VNL.

Both teams will battle the Philippine women’s volleyball team in a pair of friendlies over the weekend at San Juan Arena, with Thailand facing Alyssa Valdez and Co. on Saturday and Japan taking the floor on Sunday in a side event dubbed the Philippine National Volleyball Federation (PNVF) International Challenge.

Japan, which is led by new team captain Sarina Koga and Arisa Inoue, is currently leading the league with a perfect 4-0 record capped by a shocking three-set victory over defending champion United Stated in the first week of the tournament held in Shreveport and Bossier City in the US.

The Thais are coming off a five-set stunner over China for a 3-1 win-loss record in the Ankara, Turkey leg.

Japan and Thailand had their first training session at PhilSports Arena in Pasig on Wednesday with all players and staff yielding negative results in their antigen tests.

Canada will arrive on Friday, followed by China on Saturday, while Tokyo Olympics gold medalist and three-time VNL titlist USA, Belgium, Bulgaria and Poland will complete the cast in the event.