Thai star on how to push PH volleyball progress: Keep on practicing, do more challenges 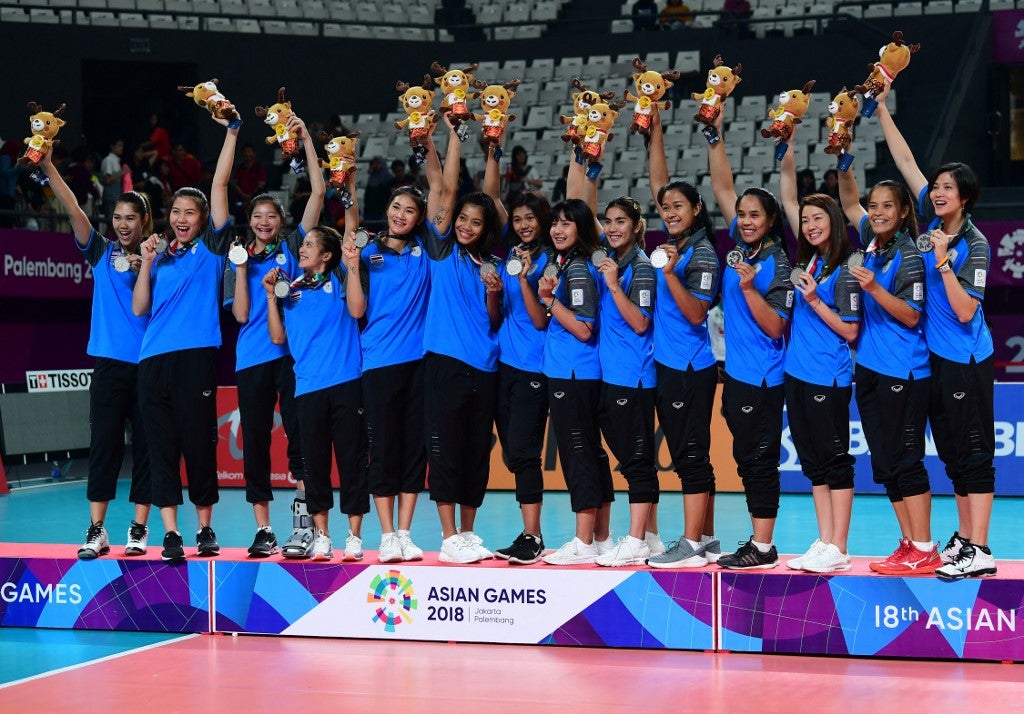 FILE– Thailand during the medals ceremony during the women’s volleyball final at the 2018 Asian Games in Jakarta on September 1, 2018. (Photo by SONNY TUMBELAKA / AFP)

MANILA, Philippines — For Thai player Ajcharaporn Kongyot, the Philippine women’s volleyball team should not stop challenging themselves and training to improve all their skills for the program to reach greater heights.

Kongyot helped Thailand in sweeping the Philippines, 25-13, 25-10, 25-16, in their international friendly on Saturday at San Juan Arena.

As a player of a program that won the Southeast Asian Games for 13 straight editions and played in world championships, the Thai outside hitter said the Filipino players just have to keep on working hard.

“The Philippine players have to practice to improve (at a) high level in every skill. Just try to do more challenges for themselves,” said Kongyot, who played sparingly and finished with eight points.

Kongyot faced the Philippines for the second time in her career. Although they hardly broke a sweat, she said that her team still learned from this game and praised the home squad for being a good sport.

Kongyot also thanked the Filipino fans at the venue for also cheering them.

“We like Philippine fans and we know how they really support us,” she said.

And she is looking forward to the support of the Filipino fans in their Week 2 stint in the Volleyball Nations League starting on Tuesday against Canada.

Thailand won three of its first four games, capped by an upset of world No.2 China in VNL week 1 in Turkey.