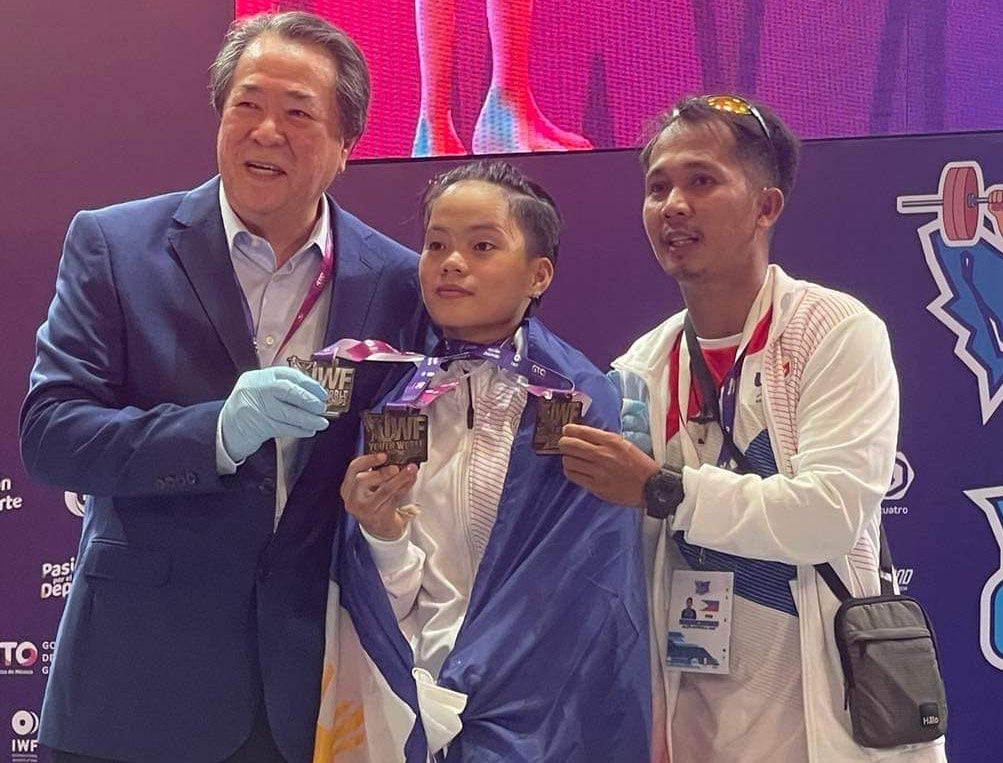 Rose Jean Ramos, center, poses with her medals with the Philippine flag draped over her at the International Weightlifting Federation Youth World Championships. CONTRIBUTED PHOTO

The 17-year-old from Zamboanga City actually ruled her division for three years in a row now, topping the online event hosted by Peru in 2020, the 2021 version held physically in Jeddah, Saudi Arabia prior to her most recent achievement.

Ramos, who has Allen Diaz as coach, lifted 70kgs on her third try in the snatch for a silver, but rallied in the clean and jerk with an 85kg effort for a 155kg total, netting for herself a pair of golds.

Kerlys Maria Montilla of Venezuela placed second in the total with 153 after winning the snatch with a 71 and winding up third in the clean and jerk with an 82.

Trumpeted as one of the worthy successors of Olympic gold medalist Hidilyn Diaz, Ramos improved on her total lift of 147kgs last year during the youth world championships held in Leon, Mexico.

Samahang Weightlifting ng Pilipinas president Monico Puentevella thanked the Philippine Sports Commission and MVP Sports Foundation, which gave their full backing on the trip of Ramos to the worlds.