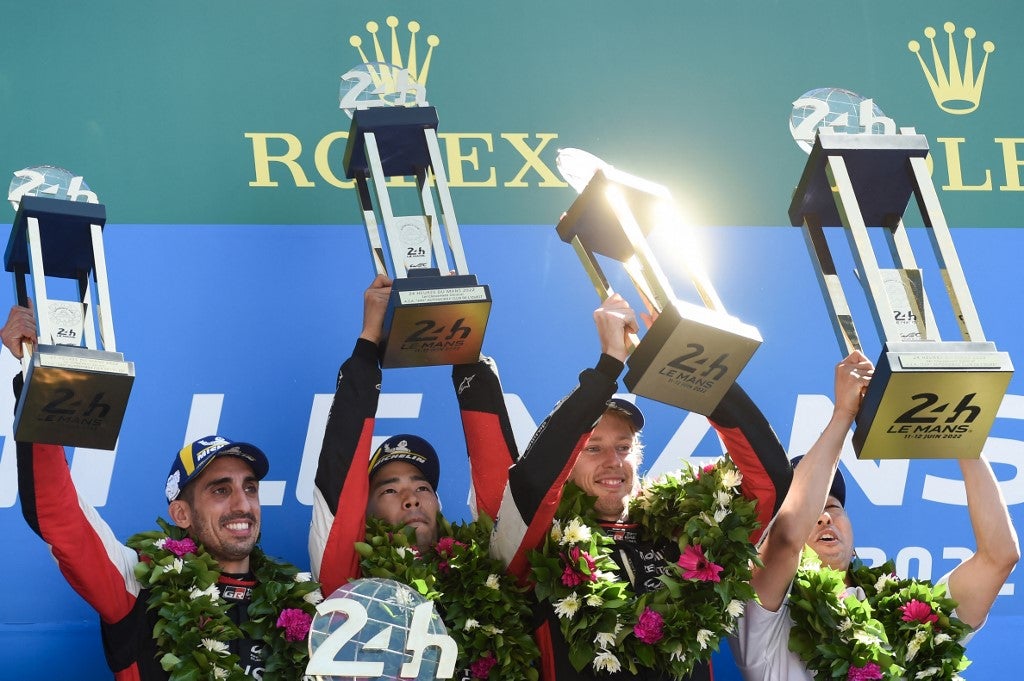 Toyota won the 24 Hours of Le Mans for the fifth year in a row on Sunday with New Zealand’s Brendon Hartley taking the chequered flag to become a triple champion.

Glickenhaus Racing’s number 709 car completed the podium with Britain’s Richard Westbrook, French driver Franck Mailleux and American Ryan Briscoe but they were in a different league to Toyota who had no real rivals.

Hartley won Le Mans in 2017 with Porsche and in 2020 with Toyota when he took the place of Spain’s two times Formula One world champion and double Le Mans winner Fernando Alonso.

Buemi has taken all four of his wins with the Japanese manufacturer.

“Unless I change cars I’ll never catch him,” joked the Kiwi, who secured pole position on Thursday.

Toyota were the only major manufacturer in a field of just five hypercars, a situation that will change next year when Peugeot, Ferrari, Porsche and Cadillac step up and provide more competition.

Le Mans has a habit of biting back and choosing its winner, however, and reliability can never be taken for granted as the number seven crew discovered.

The two Toyotas had swapped the lead and were separated by only a few seconds for much of the first 16 hours until technical problems struck.

Lopez slowed at Arnage on lap 256 with the motor generator unit requiring a reset by the side of the track before he could return to the pits for a stop of more than three minutes in what turned out to be the defining moment of the race.

The Argentine then suffered a slow puncture, losing more time.

The race, founded in 1923 and now in its 90th edition, started in sunny conditions and with the 62-strong field cheered on by a crowd of 244,200 freed from recent COVID-19 restrictions.

The drivers include 16-year-old American Josh Pierson, who became both the youngest ever competitor and finisher — 10th overall — with United Autosports in the second tier LMP2 category.

German-Irish Hollywood actor Michael Fassbender was also at the wheel of a Porsche 911 and had an eventful race that kept his mechanics busy.

The entire field was using a 100% renewable fuel for the first time.