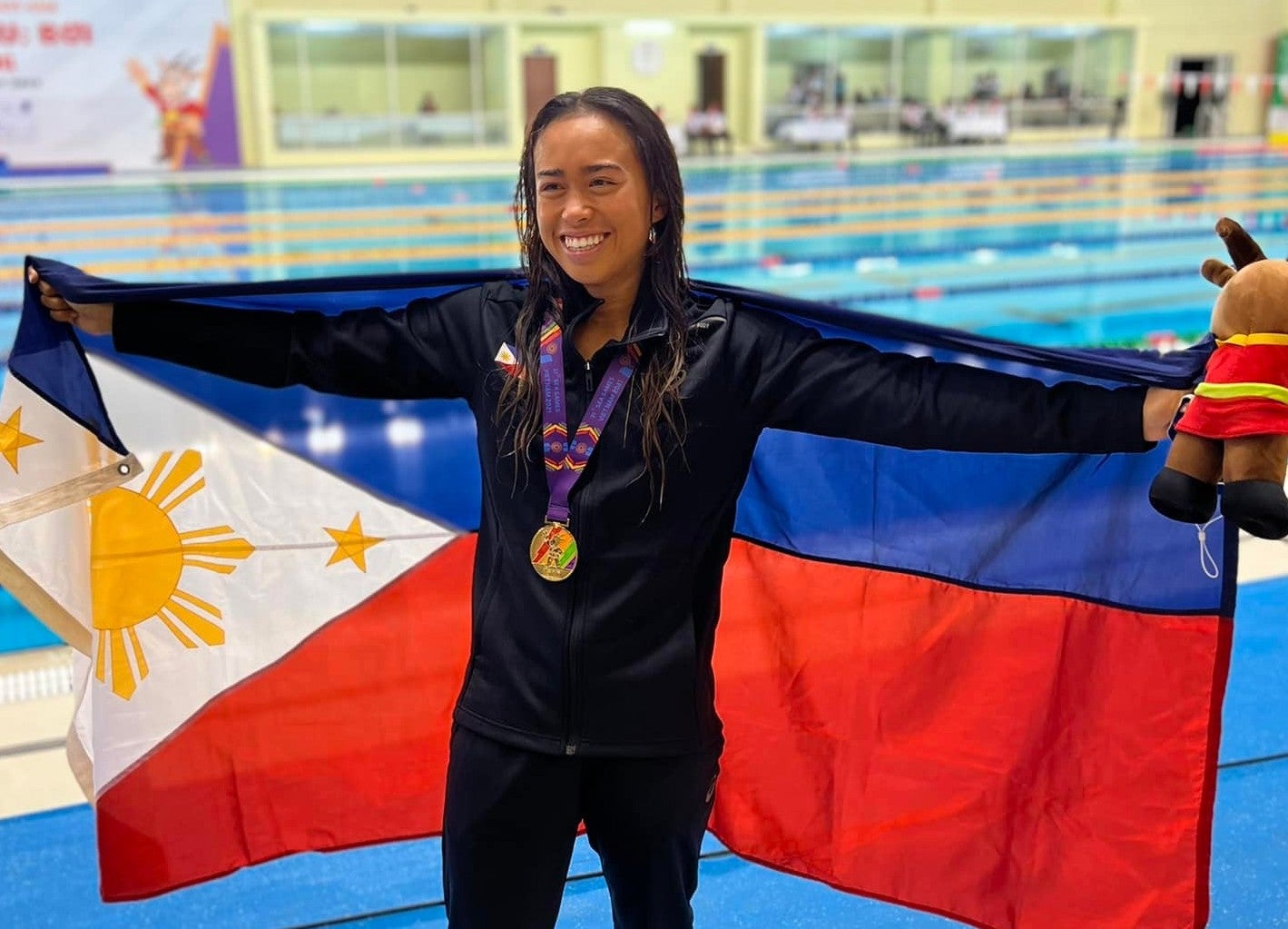 MANILA, Philippines-Swimming chief Lailani “Lani’’ Velasco clarified that the decision of the Philippine Swimming Inc. to exclude Chloe Isleta from the team bound for the 19th Fina World Championships was based on a process under the guidance of the International Swimming Federation or Fina.

“There was no preferential treatment given to any athlete and, to the best of its efforts, the PSI provided all its athletes with as much opportunity to qualify as Fina made possible,” said Velasco.

“PSI emphasizes that it intended to send Chloe to the world championships, but was forced to pull her out due to Luke’s (Gebbie) unfortunate injury,’’ added Velasco.

According to Velasco, last Feb. 1, Fina announced the postponement of the 19th Fina World Championships in Fukuoka, Japan. Six days later, the swimming body announced that Budapest, Hungary would instead host the meet.

Last March, Fina finally released the “Summons” for the said event, which included the Qualifying Standards where it was indicated that the qualifying period was between March 1, 2020 and May 15. 2022. PSI released its own Selection Criteria for the Championships last April 9 in accordance with the Summons.

At that point, Velasco said the SEA Games swimming event set May 14-19 was not included as a Qualifying Event by Fina although the Summons indicated that exceptions can be made. PSI did not receive any communication or information from Fina or the organizing committee of the 31st SEA Games regarding such exception.

May 3 was set as the deadline for nominations considering there were no longer any Fina Qualifying Event that PSI swimmers may possibly participate in between May 4-15 as they were all gearing up for the biennial meet.

Based on the selection criteria, to be nominated, a swimmer needed to meet the “A” or “B” Standard Entry Times set by Fina. In addition, should an athlete not meet the said standard (i.e., Universality slot), the athlete needs to achieve at least 750 Fina points.

With this, the Philippines may only enter a maximum of four athletes at the worlds.

However, on May 12 during the Team Manager’s Meeting of the 31st SEA Games, it was announced that the Games was given an exception by Fina to be a Qualifying Event for the world championships.

That same evening, during an official team meeting, PSI announced to the team that they have another chance at making it to the world meet since the Vietnam SEA Games was given an exception.

“PSI decided to extend the nomination deadline of May 3, 2022 to include the 31st SEA Games, an exception consistent with Fina’s decision, as it gives opportunity to all athletes, including Jonathan and Chloe, to meet any of the Standard Entry Times,” Velasco said in the statement.

“PSI feels that it did not provide any unfair advantage to any of the candidates vying for a spot at the Championships roster as they all had the same opportunity to qualify one last time,” she added.

On May 26, the PSI announced the official roster for the 19th FINA World Championships, which include Alkhaldi, Gebbie, Renner and Isleta. Jacinto, despite his qualification, begged off and was not named into the roster due to medical reasons.

Under the Fina By-Laws 9.6.3.2b it allows the participation of three female athletes and one male athlete provided that three of the four athletes achieved a Standard Entry Time. This is the reason why Isleta was named into the roster.

On June 6, the PSI received news that Gebbie sustained an injury during training that required him to withdraw from the Championships. This put PSI in a predicament as the same Fina BL 9.6.3.2b indicates that with only two (2) athletes achieving a Standard Entry Time, the four athletes sent to the Championships will have to be broken down as two men, and two women.

With two women achieving a “B” Standard Entry Time, PSI could not submit the entry of Isleta. Despite efforts of PSI to seek an exception from FINA, the request was denied. PSI was only allowed to replace Gebbie with Cook.

“Chloe is really upset. She was supposed to return to the US to train for the world championship. She called me and cried as she narrated that she was out of the national team for the Budapest meet,” said Cecil Doromal-Waller, Isleta’s mother.

“The lineup was already complete and the deadline for nomination was done. I was surprised. What happened?” added Doromal-Waller, who stressed she would bring the issue to the Philippine Olympic Committee.

On June 9, the PSI announced the updated roster for the 19th FINA World Championships, namely Alkhaldi, Renner and Cook.