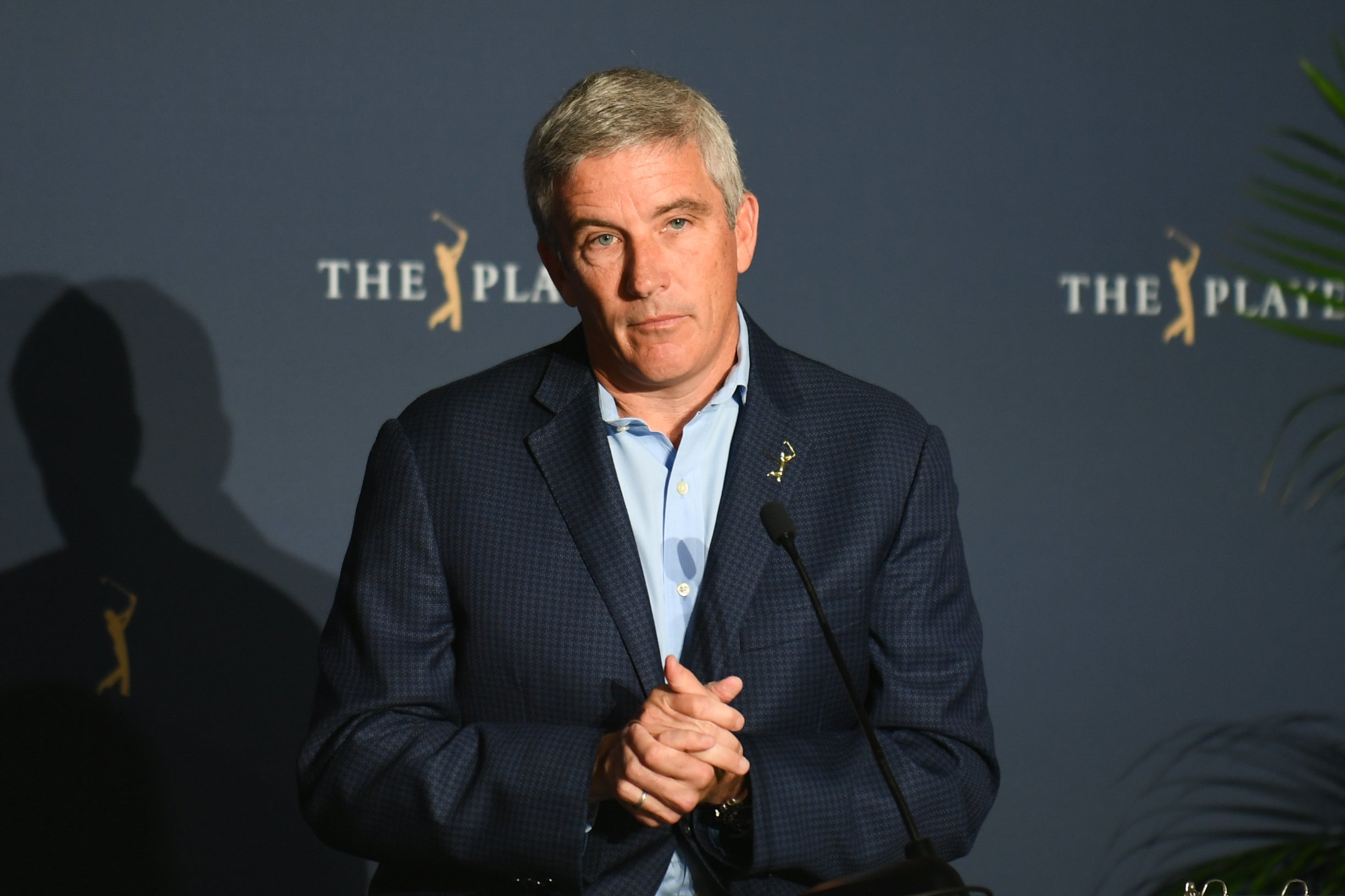 TORONTO – PGA Tour commissioner Jay Monahan visited the players on the front line of golf’s feud with the LIV Golf Invitational Series at the Canadian Open on Sunday, and blasted those who have jumped to the Saudi-backed venture as free-riders.

With the Canadian Open and LIV inaugural event at Centurion Club outside London both played at the weekend it marked the first head-to-head showdown between the PGA Tour and the controversial big-money breakaway series that is looking to shake up golf’s status quo.

A 54-hole format, with no cuts and a team element bolted on, is being trumpeted as an exciting new era for golf but Monahan dismissed it as nothing more than series of exhibitions while questioning the motivation behind a venture that is spending billions but has no chance of being profitable.

Critics maintain that the LIV project, bankrolled to the tune of $250 million by Saudi Arabia’s Public Investment Fund, (PIF) is nothing more than blatant ‘sports washing’ by a nation trying to improve its reputation in light of human rights concerns.

“You have to ask yourself the question why?,” said Monahan in a television interview at St. George’s Golf and Country Club during the final round on Sunday. “Why is this group spending so much money, billions of dollars recruiting players and chasing a concept with no possibility of a return.

“Those players have chosen to sign multi-year lucrative contracts to play in a series of exhibition matches against the same players over and over again.

“You look at that opposed to what we see here today.

“We’re not going to allow players to free ride off our loyal members, the best players in the world.”

Rory McIlroy’s successful defense of his Canadian Open title on Sunday ended a tumultuous week for the sport marked by verbal sparring and threats.

Such is the tension that even in the midst of celebrations the Northern Irishman, a vocal supporter of the PGA Tour, delivered one last shot at LIV CEO and former-golf great Greg Norman after collecting his 21st PGA Tour title.

“This is a day I will remember for a long, long time, 21st PGA Tour win, one more than someone else (Norman), that gave me a little bit of extra incentive today,” McIlroy told a greenside reporter.

Monahan, who on Thursday suspended all current and future players who have decided to join the breakaway series, made no apologies for coming down on defectors that included six-time major winner Phil Mickelson, Dustin Johnson, Bryson DeChambeau and Sergio Garcia.

But Monahan also suggested those signing on with the Saudi-backed venture might have one for the families and survivors of the 9/11 attacks on the World Trade Center, who, according to a report in the New York Post, sent a letter to the golfer’s representatives expressing their outrage over their participation in the new league.

Fifteen of the 19 hijackers involved in the 9/11 attacks that killed nearly 3,000 people were from Saudi Arabia. A U.S. government commission found no evidence that Saudi Arabia directly funded al Qaeda.