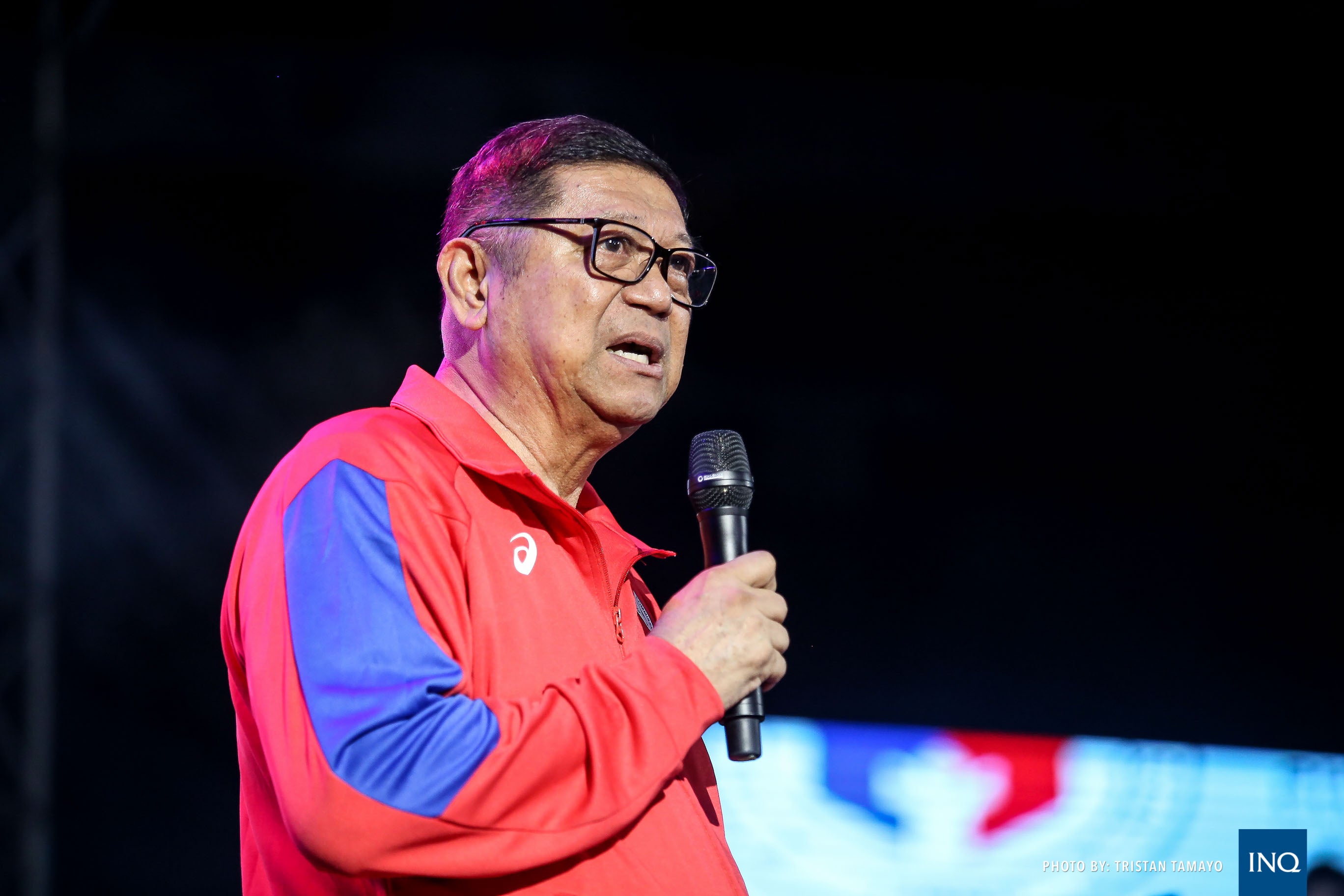 MANILA, Philippines–Philippine Sports Commission Chairman William “Butch’’ Ramirez is undeniably the most accomplished chief executive in the history of the government sports agency with a never-ending list of glowing credentials in his resumé.

And as his term expires at month’s end, Ramirez would want nothing less than a successor capable of navigating the dynamics of Philippine sports over the next six years greater than what he was able to perform.

“I would love somebody to take care of the PSC who is stronger and better than me,’’ said Ramirez during the Philippine Sportswriters Association forum on Tuesday at the PSC conference room inside the Rizal Memorial Sports Complex in Manila.

“I would just volunteer as an adviser, because I still have so much to share,’’ added Ramirez, under whose administration the country won its two overall titles in the Southeast Asian Games in 2005 and 2019 and the nation’s first Olympic gold medal courtesy of weightlifter Hidilyn Diaz.

According to Ramirez, the agency would benefit once a young new leader comes along, ready and prepared to dedicate his time to the PSC and most importantly, for the athletes.

Ramirez pointed out the next PSC Chair should work efficiently together with his commissioners in policy-making, the leadership of the Philippine Olympic Committee and all 50 national sports associations under the local Olympic body.

“I’m encouraging the new administration to be careful in appointing the new (PSC) chairman. He must give his heart and dedicate his time to the NSAs and the athletes and master the PSC law (Republic Act 6847),’’ said Ramirez, who has been staying at the national athletes dormitories at Philsports in Pasig City during his entire term.

He added the agency’s relationships with the Department of Education and the local government units are vital for the continued growth of grassroots development and emphasized the need to possess the political clout by having direct access to President Ferdinand Marcos Jr.

“If he doesn’t have the clout and he lacks the knowledge required, his learning curve might take most of his tenure as Chairman,’’ said Ramirez, who, upon stepping down, plans to pour most of his energy into the Mindanao Sports For Peace program that he founded.

“This job requires knowledge in elite and grassroots sports, it requires politics with LGUs and DepEd. This is a vocation, not a business. Sports is a strong inspiration for people in the periphery to love this country,’’ added Ramirez.

He pointed out that the next PSC chair should initiate the amendment of the PSC law, specifically those provisions that are already outdated since its passing in 1990, including clear policies on overseas training and the relationship among the agency and its partners.

“He should be an active and alert chairman, somebody who can demand the things needed, but still possess humility and is forgiving,’’ said Ramirez.

Part of Ramirez’s legacy was personally resolving the rift between pole vaulter Ernest John Obiena and his mother NSA, the Philippine Athletics Track and Field Association, that spilled over into the international sports arena.

Yet, with only over two weeks in office before the transition of the new government on June 30, Ramirez has left the door ajar, open to the possibility of continuing his outstanding service to PH sports and its athletes.

“If asked to stay on, it’s difficult to refute the word of the President,’’ said Ramirez.

The PSC chief is on the tailend of his second stint as head of the agency, but given an extended opportunity, he intends to focus most of the PSC’s efforts in grassroots development and leave the elite athletes mostly under the care of the NSAs.

Ramirez was the Team Philippines chef de mission in both SEA Games overall titles of the country and heavily supported Diaz since she competed in the 2008 Beijing Olympics when Ramirez was on his first term as PSC chair.