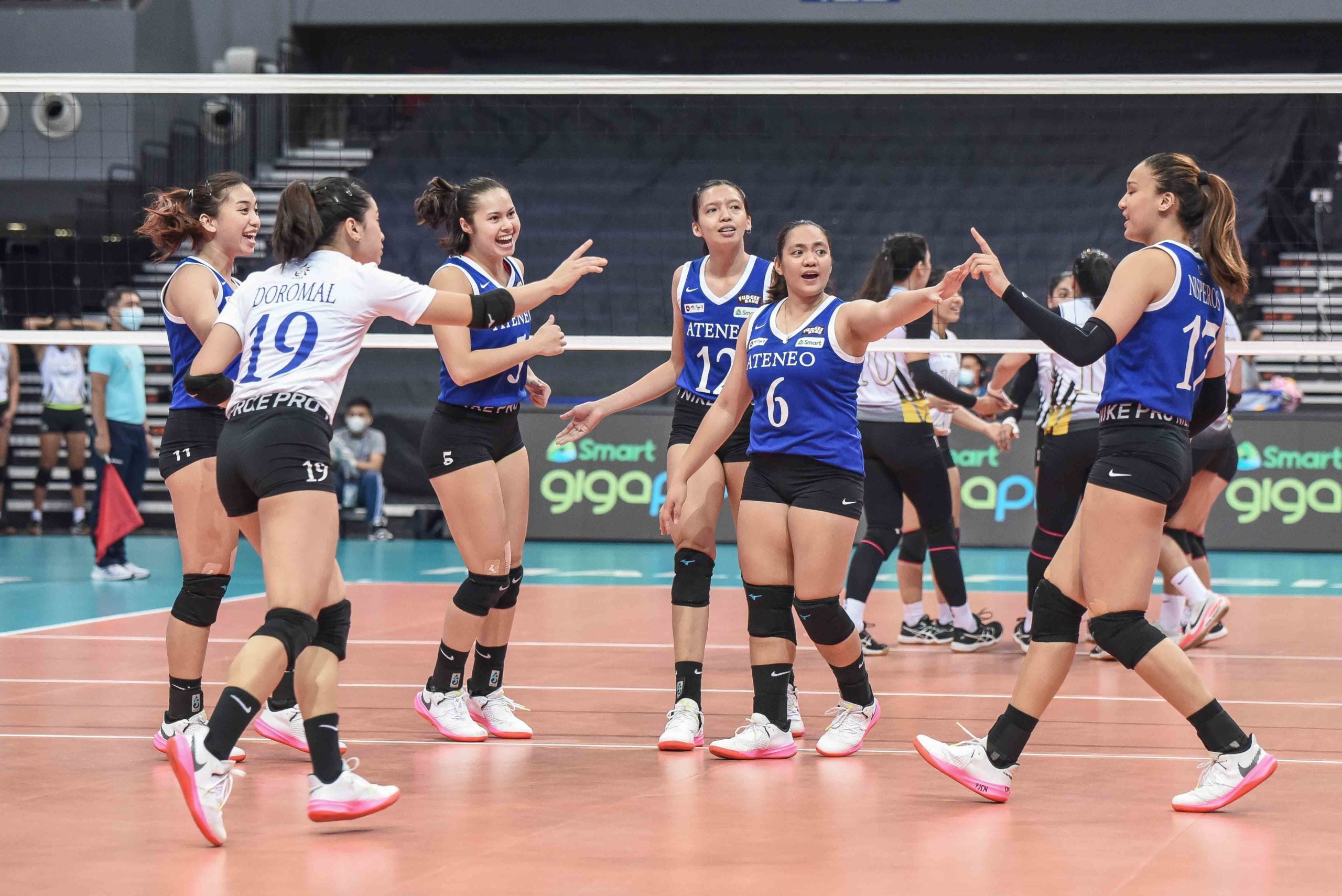 MANILA, Philippines — Inspired by the Cinderella run of Alyssa Valdez and the Season 76 batch, Ateneo coach Oliver Almadro and star spiker Faith Nisperos are eager to write their own underdog story in the UAAP Season 84 women’s volleyball tournament.

The Blue Eagles have won three straight knockout games from their last elimination game against the University of the Philippines Fighting Maroons, beat the Adamson Lady Spikers in a playoff for the No.4 seed, and ousted the University of Santo Tomas Tigresses in the first phase of the stepladder semifinals.

Ateneo is set to face a twice-to-beat La Salle side on Thursday, clashing for the right to face National University in the Finals.

Nisperos, who anchored the team’s offense in three knockout games, said that Valdez’s squad, which overcame Adamson, twice-to-beat NU, and thrice-to-beat La Salle in the Finals eight years ago, is their inspiration in writing their own Cinderella story.

“It is an honor, and of course, (their run) is also our inspiration. With that inspiration, all we have to do is really work hard and really pray hard as well,” said Nisperos, who scored 23 points in Ateneo’s 25-23, 25-23, 25-20 win over UST on Tuesday at Mall of Asia Arena.

For the Blue Eagles coach Almadro, his wards getting comparisons to the batch of Valdez, Jia Morado, Denden Lazaro, Amy Ahomiro, and Mich Morente, under coach Tai Bundit is a huge honor.

“It’s an honor for our team, because look at their line-up there, they are really strong even though they went through a hard path. But as I said in other interviews, different times, different measures. Our team has different adjustments and different sacrifices, coming from the pandemic,” he said.

The 22 year-old spiker has shown maturity beyond years in their last three do-or-die games, averaging 21.3 points to keep Ateneo alive.

“Little by little, with the help of my coaches, especially Coach O, I developed my game. And, I always make sure to be always open for improvements and open to what my coaches say. That is how I want to be as a player, to be coachable,” Nisperos said.  “And of course, I can’t do it without my teammates. It’s really a team effort, especially in the end game.”

“It’s a matter of maybe finishing it right. And of course, we always remind each other of our battle cry: faith, trust, courage,” she added.

As the Blue Eagles play another do-or-die game, Almadro said they will keep their same mindset against the bigger challenge of their fierce rivals, the Lady Spikers.