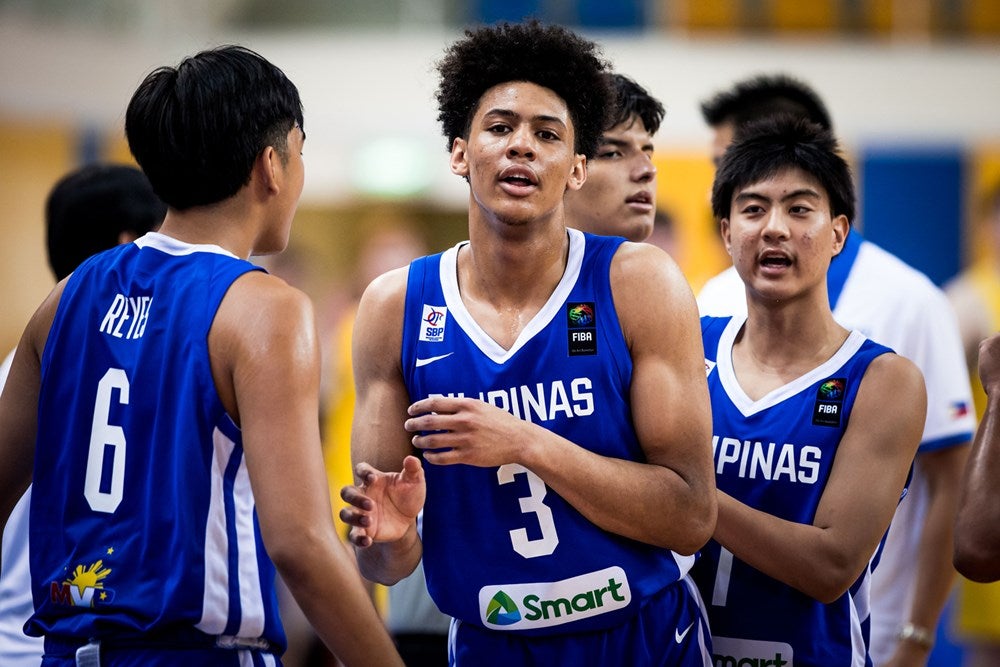 Caelum Harris and Gilas Pilipinas Youth vs Australia in the Fiba U16 Asian Championships. –FIBA PHOTON

MANILA, Philippines — The Gilas Pilipinas youth team’s World Cup hopes got shattered by Kye Savage and Australia as the Filipinos absorbed a 109-83 beating in the quarterfinals of the FIBA U16 Asian Championship on Friday at Al-Gharafa Sports Club Multi-Purpose Hall in Doha, Qatar.

Kye Savage drilled six triples to finish with 27 points, sparking the Aussies’ second half surge to book a ticket to the semifinals and a berth to the 2022 Fiba Under-17 World Cup in Malaga, Spain.

The Philippine U16 team, led by Caelum Harris and Bryan Competente, failed to sustain its strong start, building a 17-point lead, 45-28, in the second quarter before Savage trimmed it to a four-point game, 51-47, at the half.

The defending champion stole the momentum in the third quarter mounting a 68-58 advantage and pulled away in the payoff period, where Savage drilled back-to-back triples to tally a 20-point spread, 100-80, with three minutes remaining.

Are you kidding me, Caelum Harris?! 🤯We got a good one in this #FIBAU16Asia quarterfinals matchup, where Australia 🇦🇺 lead 76-68 over the Philippines 🇵🇭 heading into the fourth! Who’s taking this one?Watch here: https://bit.ly/3zDoV50

Australia held the Philippines scoreless in the last four minutes.

Less than 24 hours ago, the national team dominated Kazakhstan, 83-60, to reach the quarterfinals.

Gilas Youth off to blistering start in Fiba U16 Asian Championship