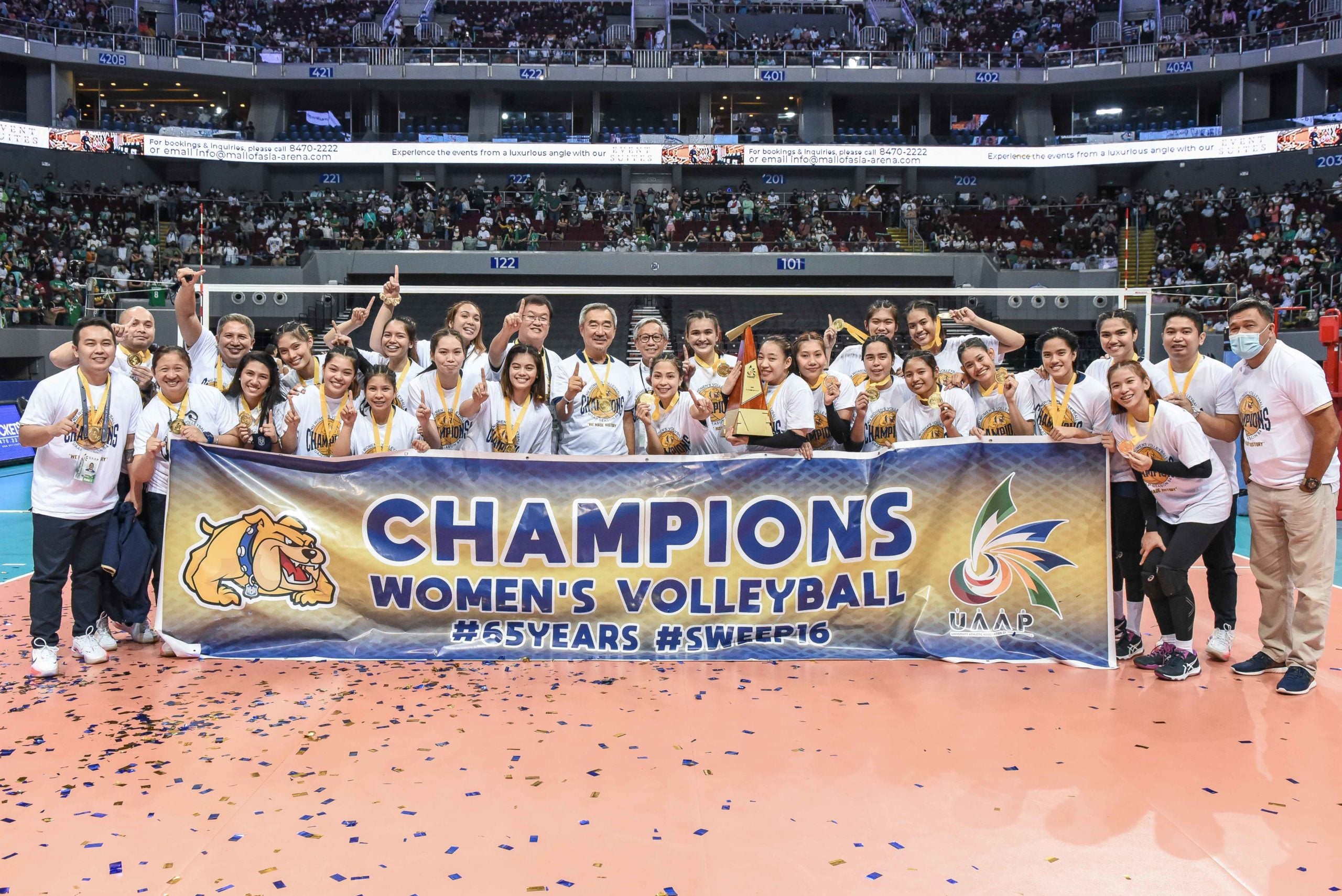 MANILA, Philippines — After La Salle and Ateneo ruled the last nine UAAP seasons, Jennifer Nierva is fullfilled to have helped National U set a new standard in collegiate women’s volleyball after the Lady Bulldogs all of their 16 matches in Season 84.

Since 2011 the Lady Spikers won six of their 11 crowns, while the Blue Eagles earned three titles, including the Season 81 title three years ago before the pandemic.

The Lady Bulldogs, during those years, failed to get over the hump in the Final Four, especially in Season 76 where the Jaja and Dindin Santiago-led squad blew a twice-to-beat advantage in the stepladder.

This year, NU paraded a batch of high school stars who dominated the girls’ division and changed the team’s image from heartbreak kids to unbeaten champions that ended a 65-year drought.

“People were expecting Ateneo and La Salle as usual. For us, they haven’t seen our rookies Bella (Belen) and Alyssa (Solomon). So we stayed silent and prepared well,” said Nierva in Filipino.

“We made sure, once we play in the UAAP, we will give a new image for our school,” she added.

True enough, the reunion of Nierva, Ivy Lacsina, and Cess Robles’ batch with rookies Belen, Solomon, Sheena Toring, and Lams Lamina resulted in a dominant season that broke the decade-long trend in UAAP women’s volleyball as NU joined an elite group with the 2004 La Salle and 2015 Ateneo as the only three teams to have swept all 16 games in league history.

Nierva, who had a 4-10 season in her freshman year in 2019, said their connection built at Nazareth School made their prefect year, which included four straight-set victories against a La Salle team led by multi-titled coach Ramil De Jesus, possible.

“There’s always pressure. But because of what we went through in our past high school championships, it helped us to stay composed amid the high expectations every game and every win,” she said. 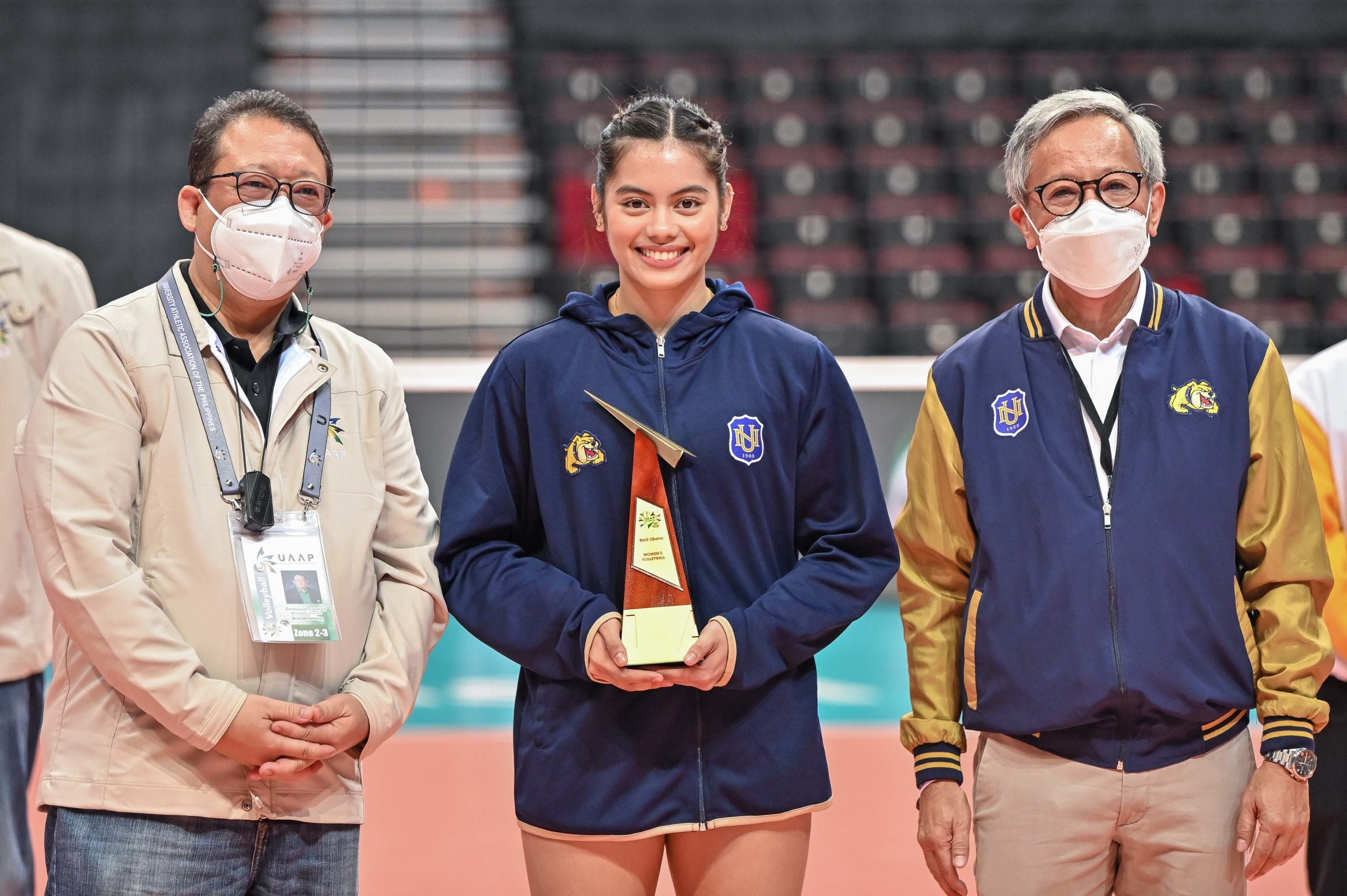 Before the season, the season’s Best Libero knew that their team would win it all, seeing the hardships and sacrifices of the Lady Bulldogs in their bubble training

“I’m very very confident that our team would win the championship. Not only because of the skills of every individual, but also the hard work of each player,” Nierva said. “Every single day we train hard, amid the extreme heat. Sometimes, we felt that we will pass out because of the hard training and heat. But nobody complained and gave up. Everyone wanted to learn and become stronger.”

When they accomplished the elimination round sweep for the outright finals, the young libero credited their success to the loyalty of their rookies.

She revealed that the team didn’t have a hard time securing the commitment of Belen and Co. as they share the same vision for their school to become successful.

“We share the same vision that we can achieve things together for our school. Before they entered college, I saw their commitment, loyalty, and most importantly their love for the school and for the relationship we built together in high school,” she said.

Ending a 65-year title drought won’t stop the Lady Bulldogs from being hungry to win more.

Nierva wants to prove that NU can also win in the next seasons, where they won’t be under a semi-bubble environment.

However, the ace libero will still figure out how to play one more year as she is set to finish her college degree this season.

“I really want to play. But I don’t know yet because I’m a graduating student. After this I’ll just enjoy the moment first then we’ll talk about it,” she said.

Regardless if Nierva comes back or not, she is already part of the school’s historic dominance that changed the landscape of UAAP women’s volleyball.