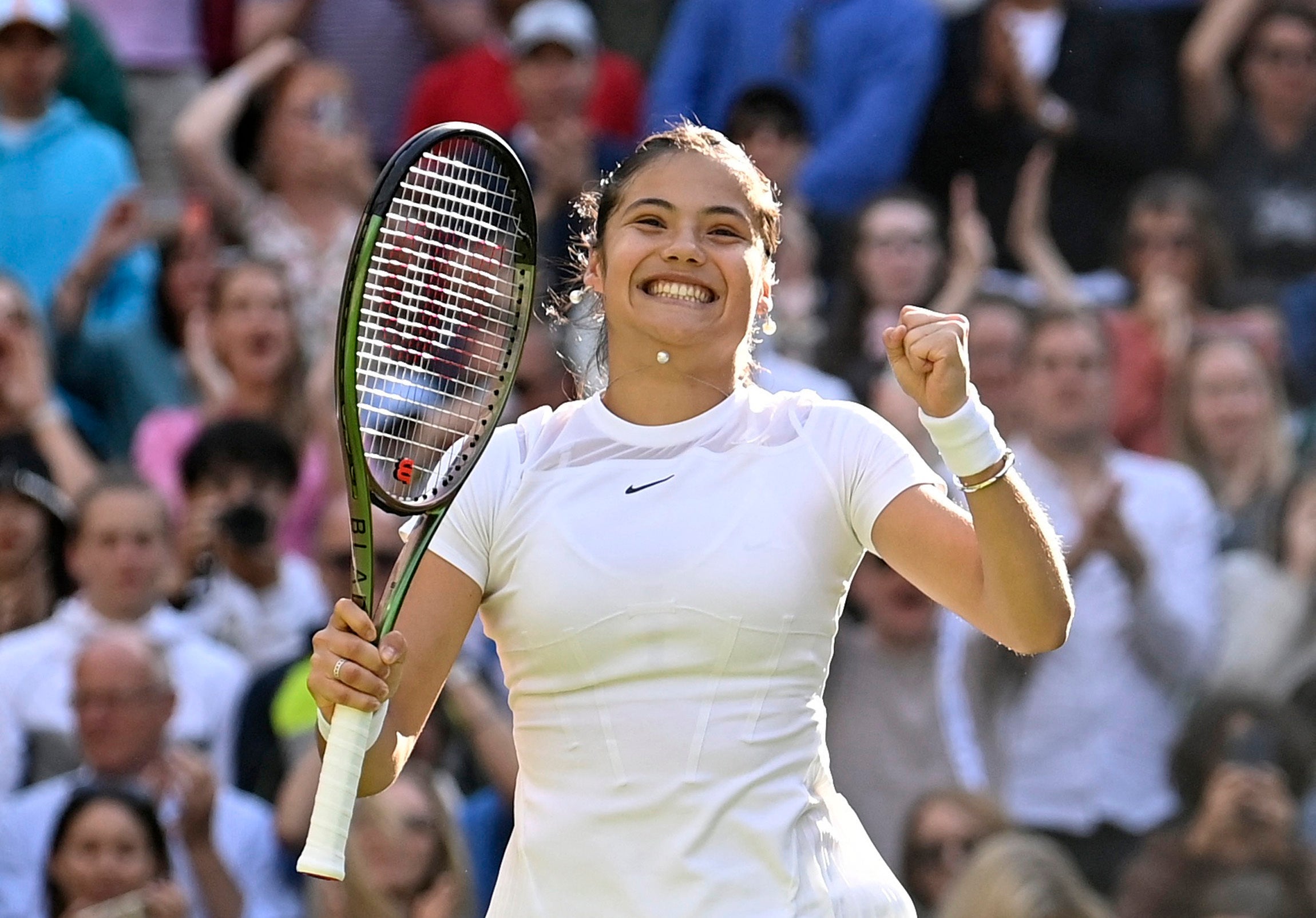 LONDON—Britain’s teenage U.S. Open champion Emma Raducanu lived up to her star billing on her first appearance on Wimbledon’s Centre Court by overcoming the awkward challenge of in-form Belgian Alison van Uytvanck 6-4 6-4 in the first round on Monday.

Having come into the tournament on the back of a wretched run of injuries and with barely any match practice on grass it was an impressive display by the 19-year-old.

Van Uytvanck is ranked 46th in the world but has a liking for grass having won 12 of her 14 matches on the surface this year, including two second-tier titles.

Her low slice made things difficult for Raducanu, who took a while to work out how to deal with the lack of pace coming her way, but the Briton grew in confidence and, lifted by the home fans, was a deserved winner.

She shrieked in delight after completing the victory, displaying the winning smile that has made her a sponsor’s dream.

“It’s an incredibly special feeling to be back at Wimbledon,” Raducanu said.

“I felt the support the minute I walked out and walking around the grounds. I want to say thank you to everyone who has been here supporting, through the tough times as well, it’s all worth it to play on Centre Court and come through with a win.”

A year ago Raducanu reached the fourth round as an unknown wildcard before going on to win the U.S. Open against impossible odds, but this time the 10th seed carried the hopes and even expectations of a nation who have not seen a home women’s champion since Virginia Wade in 1977.

Raducanu, understandably, and Van Uytvanck, less so after her run of grass success, looked rusty in the opening games, both struggling for consistency.

The action improved as Raducanu broke for the first time for 4-3, followed up by being broken to love, then broke to love herself. That put her in position to serve for the first set, which, having slipped to 15-40, she duly did to rouse the fans into the first notable roar of the fortnight.

The Briton looked buoyed by getting on the board but could not take advantage of early break points and it was Van Uytvanck who struck first, breaking for a 3-1 lead.

Raducanu, whose participation had been in doubt until a few days ago because of a side strain, broke back immediately as she got lower and lower to deal with the Belgian’s low-ball slice.

Growing in confidence and accuracy, Raducanu began to take charge and got the vital break for 5-4 courtesy of a double fault.

She served out strongly to give the home fans the victory they so desperately craved and set up a second-round meeting with Frenchwoman Caroline Garcia.

Raducanu under pressure to deliver at Wimbledon