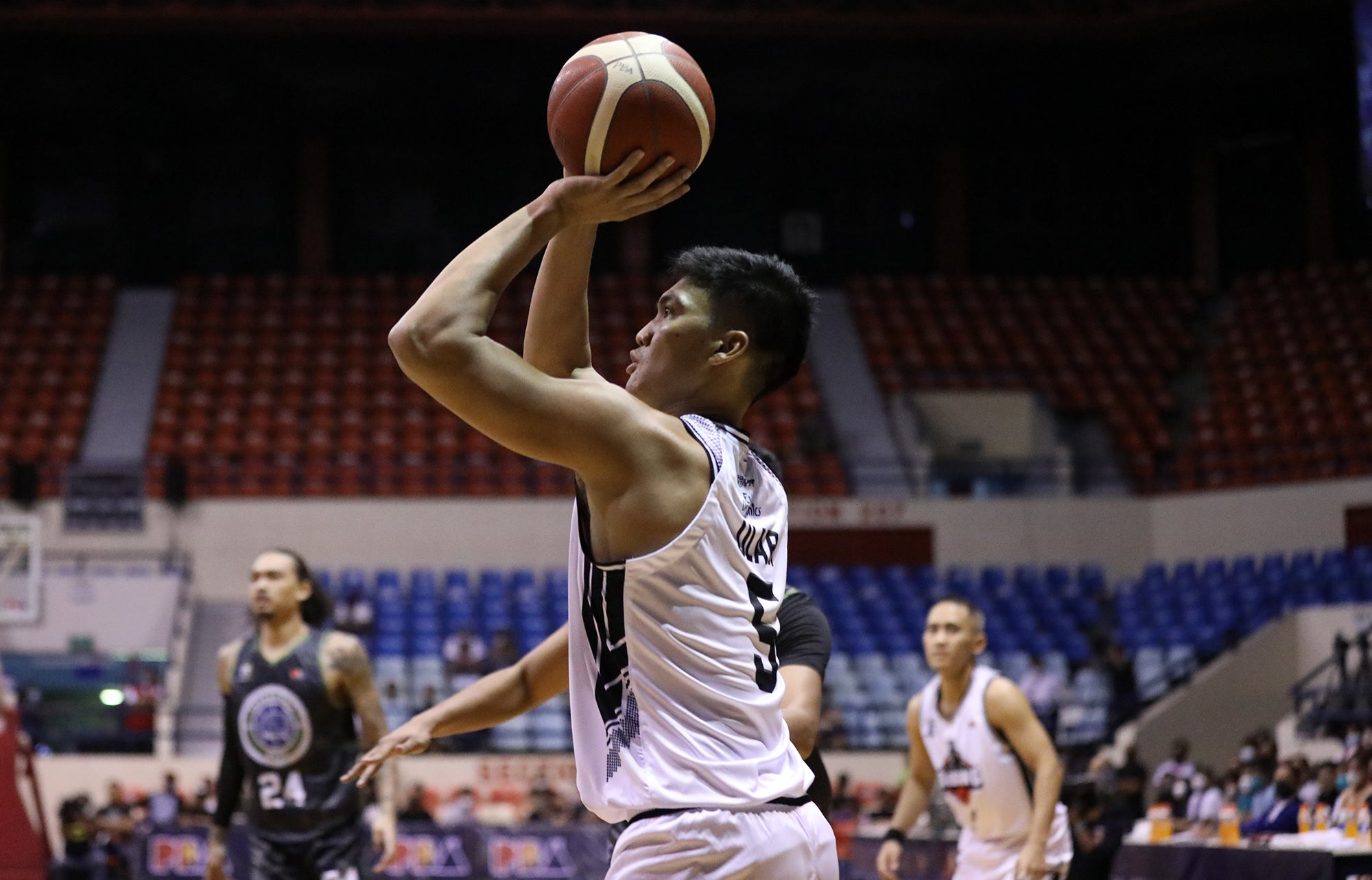 Blackwater rookie Ato Ular during a game against Terrafirma in the 2022 PBA Philippine Cup. PBA IMAGES

MANILA, Philippines–Blackwater’s early success in this PBA season is largely due to the steady play of its rookie Ato Ular.

Ular has been a huge revelation for the Bossing, who have won four out of their five games so far in the 2022 Philippine Cup.

A second-round pick, Ular may just be the biggest steal of the draft averaging 14.4 points on 57 percent shooting from the field and 7.2 rebounds.

He played his best game yet on Thursday, helping Blackwater stun Meralco, 90-89, delivering 19 points and 15 rebounds.

Ular also hit the game-tying basket with under a minute left that paved the way for Baser Amer’s last-second winner.

His performance certainly didn’t go unnoticed as he was named Cignal Play-PBA Press Corps Player of the Week.

“I already prepare hard every game. I always arrive on the court very early, shooting and working out. I always see to it that I’m ready,” Ular said in Filipino.

The 6-foot-4 forward out of Letran is the first rookie to receive Player of the Week honor this season.

Read Next
Why are there so many empty seats at Wimbledon this year?
EDITORS' PICK
Blinken assures Bongbong Marcos: PH-US alliance can grow stronger
Students need COVID-19 booster shot before classes start – Bongbong Marcos
TNT brings Sarah G and Mimiyuuuh together for epic collab
Over 500K affected by Abra earthquake; damage to infrastructure at P1.5B
House energy committee chair Arroyo bats for cheap electricity
Smart boosts regular load with free data via new Extra Load offers
MOST READ
Cherie Gil chose to keep cancer diagnosis from public, family says
Bongbong and Imee
Monsoon rains to continue in majority of PH on Monday — Pagasa
Tom Rodriguez to those alluding to his split with Carla Abellana: ‘Let’s refrain from shaming others’
Don't miss out on the latest news and information.