F1: Guanyu Zhou happy to be back after huge crash | Inquirer Sports

F1: Guanyu Zhou happy to be back after huge crash 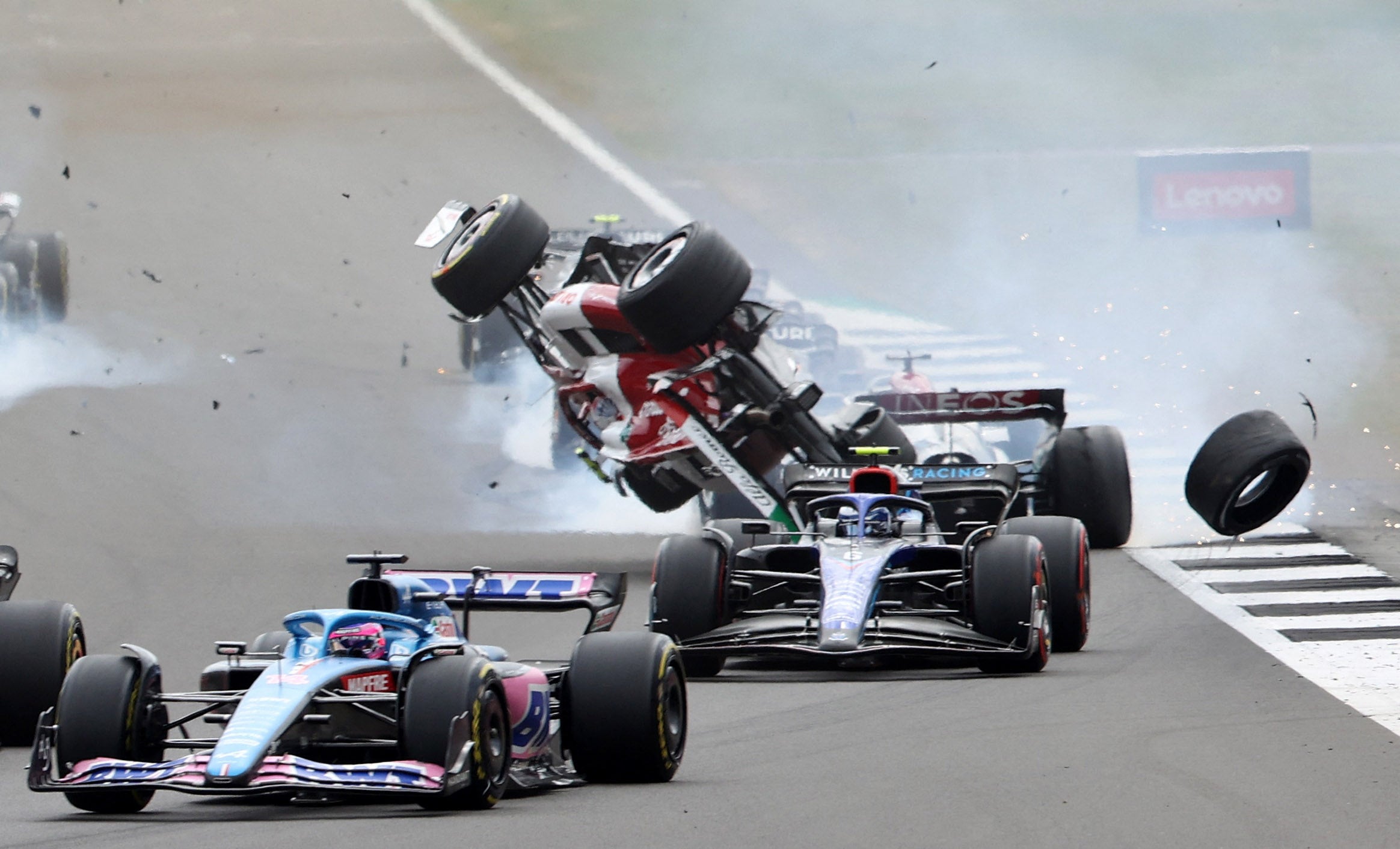 Chinese Formula One rookie Guanyu Zhou was looking forward to a quick return to racing in Austria this weekend after a huge crash last Sunday in which he feared his car would catch fire with him trapped inside.

The Alfa Romeo driver spoke to reporters on Thursday about the British Grand Prix crash that sent his car flying over a tyre wall at Silverstone before being wedged sideways between barriers and the catch fence.

He repeated that the halo head protection system, a titanium ring around the cockpit, had saved his life.

“(I’m) happy to have back-to-back races because if you had a summer break after (such a crash) that would be terrible, because you would be thinking about it and repeating the crash in your mind again and again,” he said.

“Good to be back as soon as I could.”

Zhou issued a picture on Twitter of him with FIA medical staff at the Red Bull Ring: “Finished the final medical check, all good to go,” he said.

Reliving the crash, Zhou said his instinct after the car took off and flipped upside down at speed along the asphalt in a shower of sparks was to remove his hands from the steering wheel.

“You can break your hand very easily with a crash like that… I knew that I’d be facing a massive impact coming up because the car wasn’t stopping,” he explained.

“Once I was basically stopped, I didn’t know where I was, because I was upside down.

“There was (something) leaking. I wasn’t sure if it was from my body or is this from the car? So I just tried to switch (off) the engine… I knew if the fire starts, it would be difficult to get out.”

Zhou, China’s first Formula One driver, said he did not know how he survived the incident but “looking back, obviously, the halo I saw saved me”.