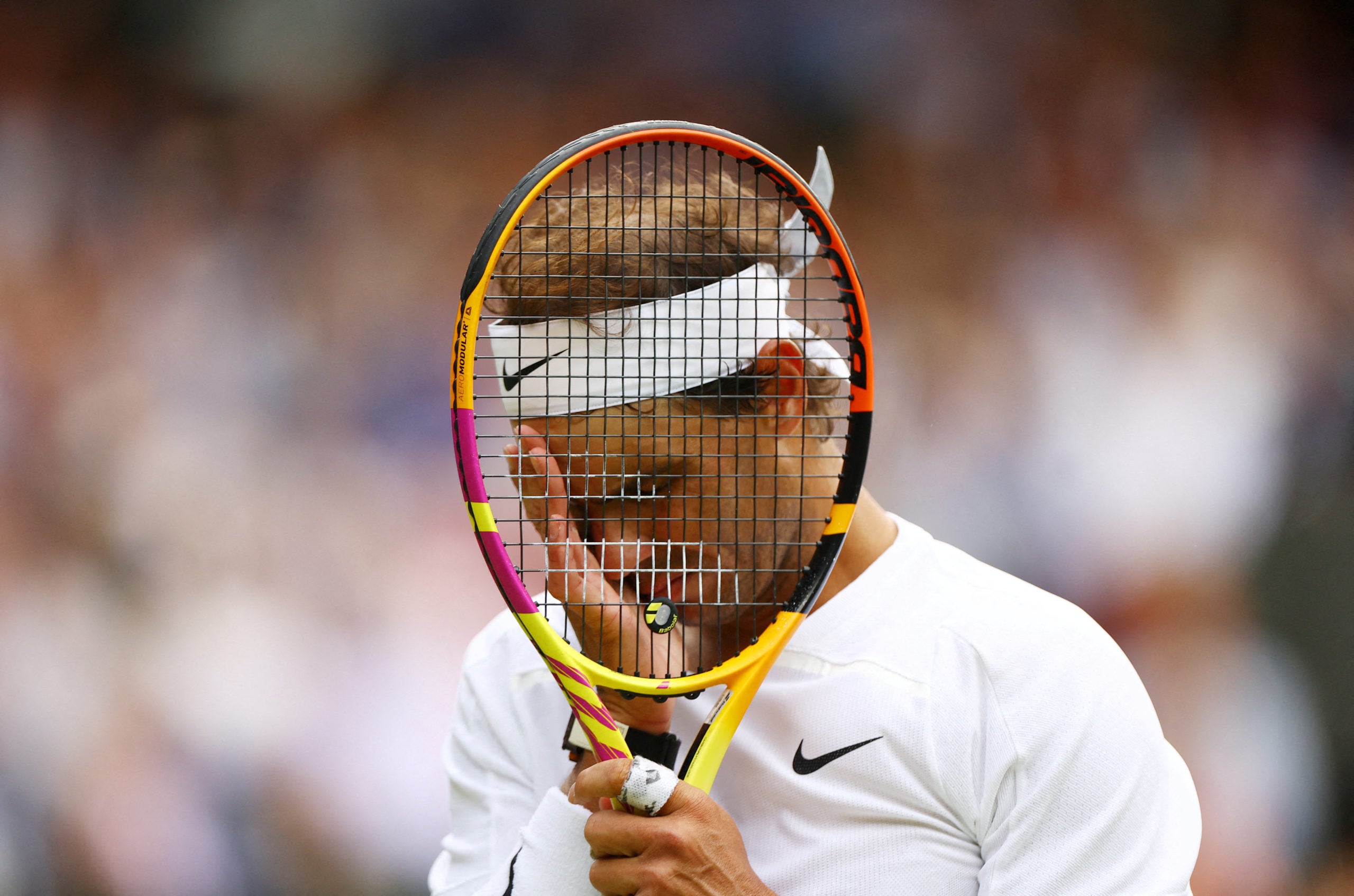 Rafael Nadal has collected a record 22 Grand Slam titles but a career plagued by injuries has undoubtedly robbed him of even more.

On Thursday, his physical frailties returned to haunt him when he was forced out of Wimbledon with an abdominal injury, just a day before he was to face Nick Kyrgios in the semi-finals.

Before his latest setback, he had already missed 11 Grand Slam events stretching back to his debut in 2003.

He has also now pulled out during a Slam five times.

Before Thursday’s bombshell, he retired from his 2010 and 2018 Australian Open quarter-finals (knee and leg injuries) and from the 2018 US Open semi-final (knee).

At the French Open in 2016, he played two rounds before a wrist injury forced a withdrawal.

In stark contrast, career-long rival Novak Djokovic played every Slam from 2005 until the 2017 US Open, which he missed with an elbow injury.

That was an unbroken run of 51 majors.

Djokovic’s only other two Grand Slam absences were 2020 Wimbledon, which was canceled due to the coronavirus pandemic, and this year’s Australian Open, when he was deported over his vaccination status.

Nadal’s first injury-enforced absence came as a 16-year-old in 2003 when he hurt his elbow in a fall during training and had to miss the French Open.

The 36-year-old has been forced to sit out at least one tournament in every year of his career since.

Nadal has suffered a series of knee and foot injures, as well as hamstring pulls, a wrist tendon tear and an abdominal muscle strain, among other issues.

He even played briefly with bandaged fingers after burning himself accidentally at a restaurant in 2011, while he also missed the end of the 2014 season due to appendicitis. Spain’s Rafael Nadal reacts as he plays against US player Taylor Fritz during their men’s singles quarter-final tennis match on the tenth day of the 2022 Wimbledon Championships at The All England Tennis Club in Wimbledon, on July 6, 2022. (Photo by Glyn KIRK / AFP)

Despite missing so many events, Nadal’s incredible will to win has taken him to 92 titles and 1,063 victories on tour.

When he failed to reach a Grand Slam semi-final in 2015 and 2016, many wondered if his career was winding down, but he has since won another eight Slam titles.

On Thursday, he insisted that this was not the end of the road, even predicting he would be back on the court in a week and playing tournaments in a month.

“I hope these three, four weeks will allow me to do my normal calendar,” said Nadal, aware that the US Open, the year’s final Grand Slam, which he missed last year, starts on August 29.

“I did all the things the best way possible to give myself a chance here. Even that makes me feel a little bit worse because I felt that playing at the level that I was playing, probably I would have a chance.”

Nadal has got used to more adversity over the past year.

A left foot problem forced him to miss last year’s Wimbledon, US Open and Olympics in Tokyo.

A rib fracture at the Indian Wells final this year ended a 20-match winning run, which had included the Australian Open title.

His 14th French Open triumph in June was possible only by having his left foot anesthetized to ease chronic pain.

He said in the immediate aftermath of his Paris victory that he would undergo pain-numbing radio frequency on his foot.

Nadal admitted then that his career was in the balance.

“It’s obvious that with circumstances that I am playing, I can’t and I don’t want to keep going,” he said at the time.

On Thursday, he said that the treatment received after Roland Garros had made him optimistic about his future.

“Roland Garros was very demanding. But after that, things were going better,” said Nadal.

“Just the fact that I was here shows how important is this tournament for me and how much I wanted to play here.”